The Islam-Terrorism Connection — It’s Not What You Think 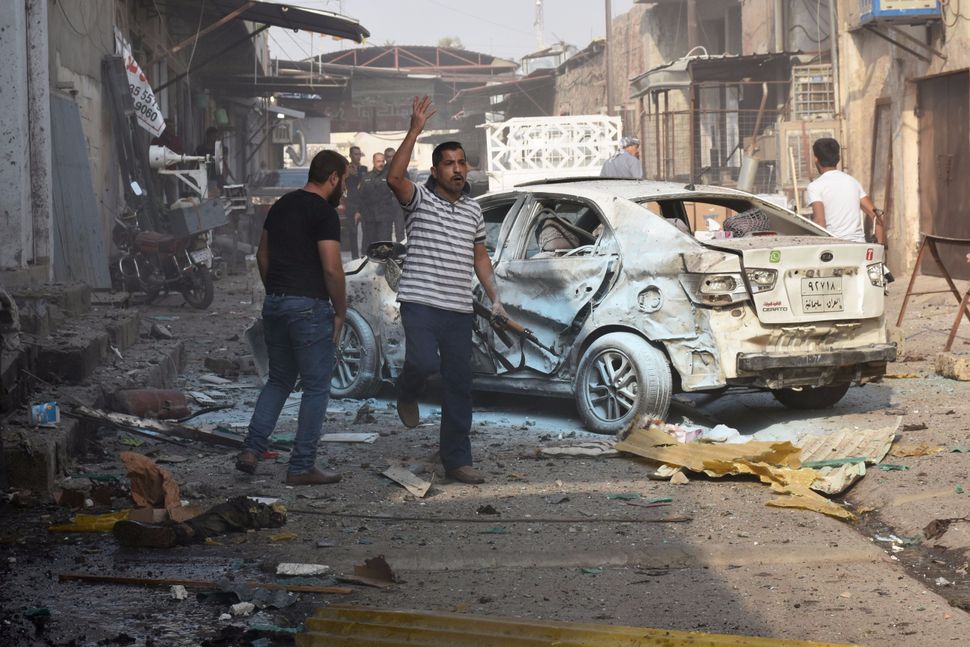 At 3:05 p.m. in New York on October 31, eight passersby were mowed down on a bike path, allegedly by a lone-wolf terrorist claiming obedience to Islam. At that very moment on the other side of the world, Israelis were ushering in the 22nd anniversary, according to the Hebrew calendar, of the murder of Prime Minister Yitzhak Rabin by a lone-wolf terrorist claiming obedience to Judaism.

It’s a striking coincidence that didn’t get much attention, probably because it doesn’t fit anyone’s agenda. Conservatives who are most eager to blame terrorism on Islamic religion tend to be the quickest to dismiss any notion of ideological Jewish terrorism. Conversely, liberals who are most vocal about Jewish religious-nationalist motives behind Rabin’s murder tend to be the most insistent that terrorism has nothing to do with Islam.

For each side, one type of killer represents an extremist religious ideology while the other is a deranged lone wolf. They just disagree about which is which.

But both were in fact religiously motivated attacks. In fact, so is most terrorism.

The most blunt discussion of the parallel that I’ve heard came from a surprising source, the senior professional on the counter-terrorism staff of the United Nations Security Council, who is, even more surprisingly, an Israeli legal scholar, David Scharia.

“The term ‘lone wolf’ is misleading,” Scharia said. “It’s rare that the person actually works on his own.” There’s nearly always a surrounding milieu that espouses an extreme religious ideology, commonly a minority interpretation of a mainstream religious tradition. Within it, he said, there’s a second, narrower circle that preaches and legitimizes violence in the name of that ideology. Within that, usually, is an innermost circle of trainers, funders or simply confidants. Picture a murderous set of Russian matrioshka dolls.

At the center, of course, is the individual who “absorbs the ideology and decides to take action, whether to kill a prime minister or to ram his van into a school bus.”

Scharia was a lead terrorism prosecutor with the Israeli attorney-general’s office before moving in 2005 to the newly formed U.N. terrorism unit, formally called the Counter-Terrorism Executive Directorate. Last year he was named chief-of-branch, roughly equivalent to chief of staff, serving under the assistant secretary-general who heads the unit. He’s the highest-ranking Israeli on the U.N. staff.

And yes, there’s an obvious irony in someone named Scharia running an international counter-terrorism operation. He’s kidded about it regularly. Actually, the name is just an unusual transliteration of a common Israeli surname that’s more often spelled Zechariah.

The biggest challenge to fighting terrorism, beyond tracking perpetrators and their enablers, is shutting down Scharia’s second circle, the preachers and justifiers of ideological violence. The project raises complicated questions that transcend mere procedure and approach philosophy: How do you differentiate violent, extremist versions of religion from the merely passionate? How do you convince preachers and their flocks to embrace tolerance and the rule of law as legitimate religious values? How do you prevent incitement to violence without violating freedom of speech and religion?

For all its complexity, silencing the justifiers is essential, Scharia says. “Terrorists,” he says, “are not insane. They are very rational and very committed to their cause.”

They act under the assumption that what they’re doing is legitimate, and they get that belief “from a person of religious or moral authority” who interprets canonical texts in a way that makes violence look “right and just.”

The text, he says, “could be the Bible, the Quran or even Karl Marx or an environmental pamphlet.” Looking back through history, “you can say that in all religions there were people who used canonical text to justify violence and terrorism.”

His history is right, but misleading. True, Christians went through a long period of slaughtering each other over religious doctrine five centuries ago. During the 1970s a majority of the world’s terror attacks were driven by revolutionary leftism or ethnic separatism. In the 21st century, though, the overwhelming majority of incidents are driven by a radical version of Islam.

How large a majority? The most authoritative answer is probably found in a U.N. document, the Arab Human Development Report, a scathing, multi-year study of social stresses crippling the Arab world, conducted and compiled by teams of hundreds of leading Arab academics, professionals and activists. According to the report’s sixth installment, released a year ago, the Arab region in 2014 “accounted for almost 45 percent of all terrorist attacks worldwide.”

That figure doesn’t include terrorist attacks in non-Arab Muslim countries such as Afghanistan, Pakistan and the mostly-Muslim northern region of Nigeria. In fact, five jurisdictions — those three non-Arab countries, together with two Arab countries, Syria and Iraq — accounted for fully 72% of all terrorism deaths worldwide in 2015, according to the respected Global Terrorism Index.

Some terrorist attacks in the Muslim world are the work of groups pursuing non-religious goals, including regional separatism and farmer-herder feuding. But they’re a small part of the picture. In fact, a full 74% of all terrorism deaths worldwide in 2015 were perpetrated by just four organizations, all of them platforms for political Islamism: Al Qaeda, ISIS, Boko Haram and the Taliban.

What the numbers show is that the vast majority of the world’s terrorist attacks are carried out by Muslims against Muslims.

Out of the horrific total of 150,000 persons killed in terrorist attacks worldwide in the decade beginning in 2006, barely 100 were Americans — not counting the 4,400 U.S. troops killed in war in Afghanistan and Iraq — and nearly 600 were in Western Europe. Most of the rest were Muslims.

In other words, if Islam is at war with anyone, it’s with itself.

But that too overstates the reality. Active jihadi fighters, members of the four main terrorist organizations and a handful of smaller groups, total between 100,000 and 150,000, or between 5 and 8 millionths — 0.00005 to 0.00008 — of the world’s 1.8 billion Muslims. Most of the rest are living in the nightmare spun by the few.

What, then, can we learn from the coincidental overlap of the Manhattan terror attack and the anniversary of the Rabin assassination? Above all, empathy. If we can feel the grief still pervading the Jewish world 22 years after the death of one prime minister, murdered in the name of a twisted form of Judaism, surely we can imagine the agony throughout the Muslim world in the face of unending carnage in the name of a perverse version of Islam.

The Islam-Terrorism Connection — It’s Not What You Think