AIPAC Took 41 Democrats To Israel – And They Applauded Netanyahu 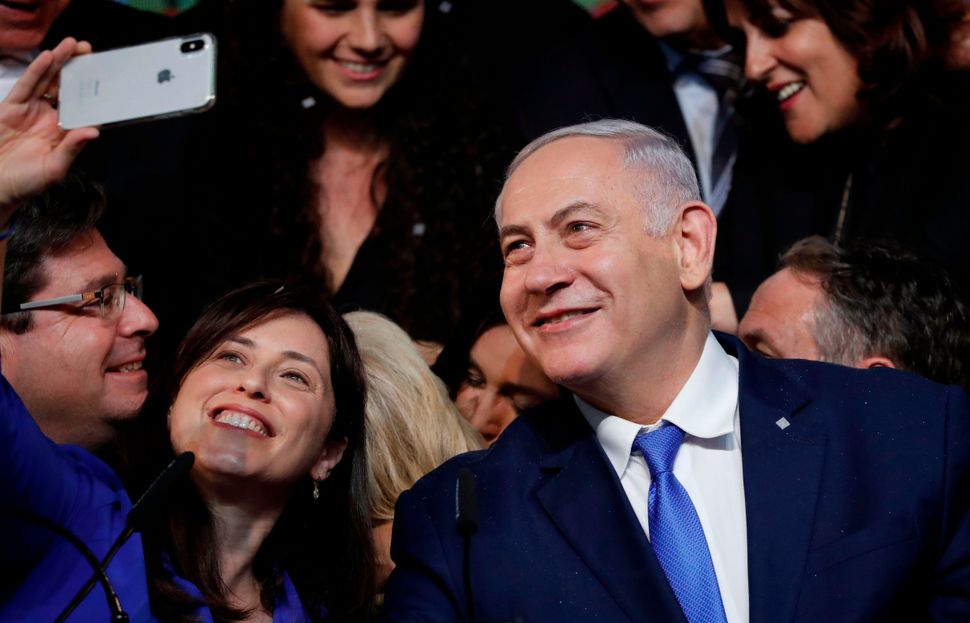 Forty-one Democratic House members were in Israel last week on a trip led by Majority Leader Steny Hoyer, working hard to highlight their unified support for their host country.

Rejecting ongoing Republican attacks accusing Democrats of being insufficiently pro-Israel, Hoyer said: “The central reality is that there is extraordinary unity on issues that Israel is very concerned about.”

He noted that a large majority of the Democratic caucus voted in favor of a resolution condemning the Global Boycott, Divestment, and Sanctions Movement. Of course it was lost on no one that two Democratic members who voted against the resolution, Representatives Ilhan Omar and and Rashida Tlaib plan to visit Israel later this month, and it is their vocal criticism of Israeli policies and actions that Republicans have seized on and which Rep. Hoyer evidently sought to counter.

But far from providing a worthy rejoinder to Republican attacks, Hoyer’s rote repetition of stale talking points about “vibrant democracy” and “unbreakable bonds” simply leaves the field open to Omar’s and Tlaib’s positions that he rejects.

They fail to explain how Hoyer believes that his party should respond to the extreme right-wing drift of the Israeli government under Netanyahu, and how they plan to act to defend the two-state solution, oppose the occupation or prevent the prime minister from annexing Palestinian territory in the West Bank. They fail to demonstrate any concern over the disastrous ideological and political partnership that Netanyahu and the settlement movement have formed with the Trump administration.

Linking up with 31 Republican House members also in Jerusalem, Hoyer, referring to the “strong differences of opinion” in Israel, said: “That exists in the United States as well. But we are very united on Israel. I don’t want to go much deeper than that and ask everybody to raise their hands on every issue, but we are like Israel and you are like us — a very vibrant democracy that welcomes and accepts different points of view.”

After Hoyer and his delegation met with Palestinian President Mahmoud Abbas, the Majority Leader again seemed to echo standard right-wing talking points about the Palestinian leadership. Hoyer remarked that Abbas was in his “14th year of his five-year term” and added, “Frankly, I did not hear anything new from Abbas.”

It’s perfectly valid to be critical or skeptical of Abbas and the Palestinian leadership. But why did it not occur to Hoyer to note that Israel’s vibrant democracy excludes the nearly 4.5 million Palestinians who are living under a military occupation, well into its 52nd year? Did it not seem worth acknowledging the fact that, consistent with past Democratic and Republican presidents, Abbas supports a two-state solution, while the Israeli prime minister has completely ruled it out, and signaled his intent to annex portions of the West Bank in violation of international law?

Hoyer and the Democrats’ trip was a missed opportunity to demonstrate true values-based support for both Israel and the Palestinian people, support that emphasizes concern for Israel’s future as a Jewish and democratic homeland, and support for the Palestinian right to achieve national self-determination and to live a life free from the yoke of occupation. Support that promotes the long-term interests of the US and Israel, while opposing the disastrous, discriminatory and destructive policy agenda of the current Israeli government.

That is the position that tracks the views of the vast majority of Democratic voters. Recent polling found that 81% of Democrats believe that “someone can be critical of Israeli government policies and still be pro-Israel,” and that 75% prefer a presidential candidate who will support both Israelis and Palestinians. While Democrats have a very favorable (+33) attitude towards Israel, they dislike its current prime minister (-40).

Seemingly fearful of Republican attacks and insufficiently attuned to the dangers of the Israeli government’s direction, Hoyer passed up the chance to defend American democratic ideals and interests and to express meaningful, urgent concern about settlement expansion and occupation. He may have provided cover and a helpful tailwind to Netanyahu in his bid to become Israeli Prime Minister for a fifth time in September.

What’s more is that when Omar and Tlaib visit Israel this month and shine a light on the injustices of the occupation, the base of Democratic voters may well respond positively, knowing their colleagues had the same opportunity, but chose primarily to applaud Netanyahu instead.

Hoyer and Democrats who share his approach should understand that if they are not going to offer meaningful resistance to Netanyahu or put forward any solutions to end the occupation, someone else certainly will. Those solutions may not be in line with Hoyer’s vision of unity, but he’ll only have himself to blame.

Richard M. Goldwasser is an attorney and a pro-Israel, anti-occupation activist living in Chicago.

AIPAC Took 41 Democrats To Israel – And They Applauded Netanyahu