COVID exposed America as a failed state. How can I honor the military oath I swore? 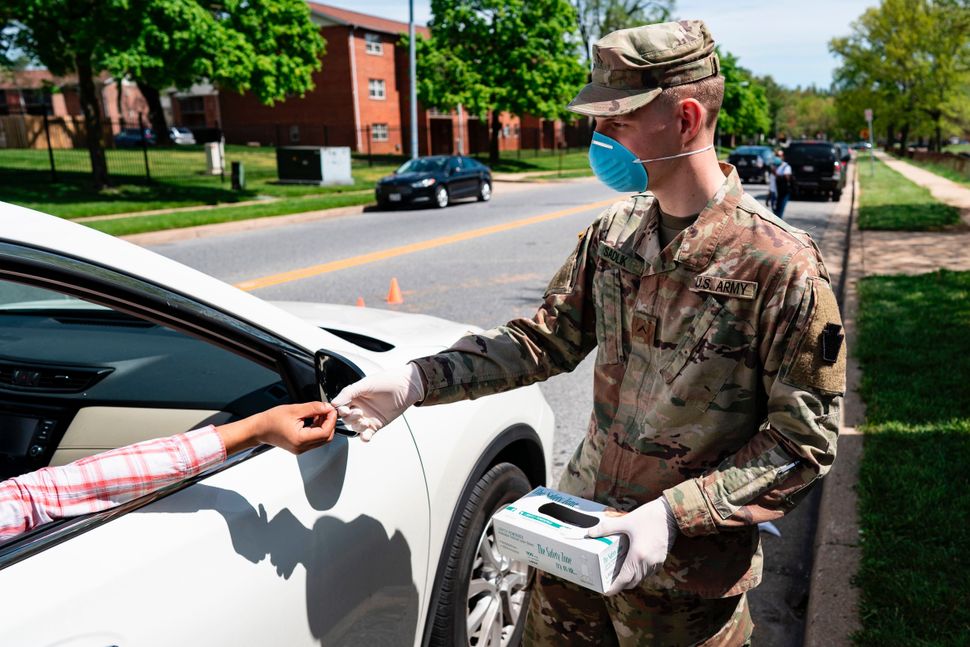 Soldiers with the Maryland Army National Guard distribute food to those in need on May 2, 2020 in Windsor Mill, Maryland, during the coronavirus pandemic. (Photo by Alex Edelman / AFP) Image by Getty Images

“I do solemnly swear that I will support and defend the Constitution of the United States against all enemies, foreign and domestic; that I will bear true faith and allegiance to the same…_” 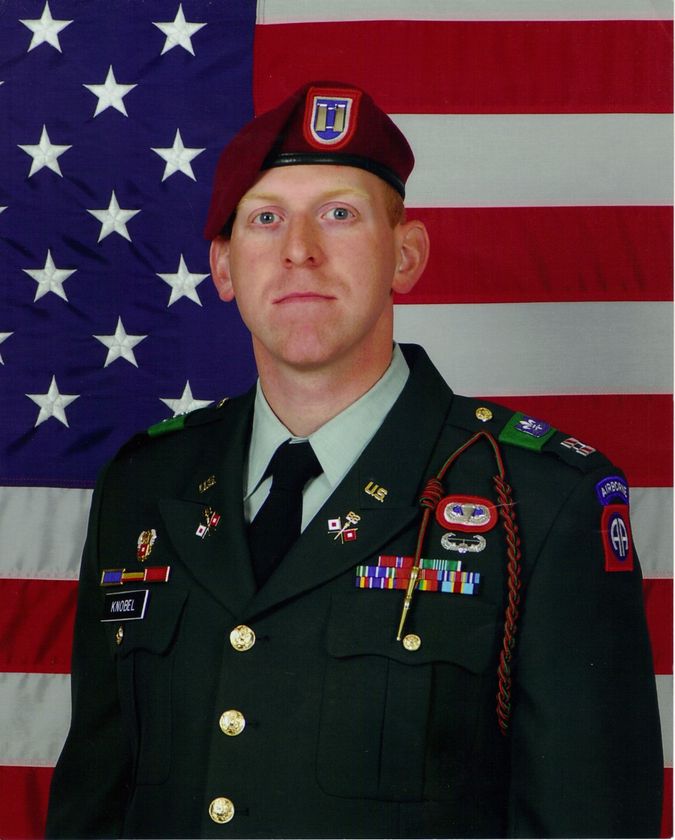 I spoke these words for the first time in the summer of 1997 when I entered basic training at the United States Military Academy. For a cadet and a junior officer, fulfilling the oath of office proved remarkably simple: Follow lawful orders and fight the nation’s wars. Such guidance shepherded me across five assignments and two wars throughout the next sixteen years.

When I left the military to become a rabbi for a civilian congregation, continuing to fulfill my oath required a new approach. I invested myself in our synagogue and school communities, confident that advancing their spiritual wellbeing would be a sound means of fulfilling my self-declared obligations to the nation.

All that changed with COVID-19.

When news of the outbreak first surfaced, I began meeting regularly with our school and synagogue administration at the Stephen Wise Temple and Wise School in Los Angeles where I work, to manage our response. Initially, we made every attempt to keep our campus open while maintaining a safe environment for our families. Hand-washing policies for faculty and students, virtual prayer books, wash stations, individually wrapped utensils, and stringent illness procedures were but a few of the measures we implemented to stave off potential closure.

Ultimately, we elected to close our campus and encourage our families to stay at home, a fraught decision given that closing our doors would make us one of the first Los Angeles institutions to do so (others quickly , followed , suit).

But though we made the right decision, there was something disquieting about the fact that it was our decision to begin with. Ordinarily, our congregational deliberations on such a matter would rely almost exclusively upon guidance issued from public authorities. But information forthcoming from the CDC and our local department of public health remained alarmingly vague for a pandemic that had begun months earlier.

Why were we — rabbis, non-profit executives, and school administrators — determining what steps represented the most effective means to safeguard the lives of our students and members? Where was the civic leadership this public health crisis deserved?

It later became clear that a break existed along the chain of information stemming from the initial infection sites to our stateside communities, one that began with the United States government, which ignored early warnings from epidemiologists, sequestered information needed by state and local governments to prepare their responses, refused to waive regulations that would hasten the development of test kits, recommended ineffective and dangerous treatments, and declined to marshal the private sector to produce equipment needed to prevent and treat infections.

Though we cannot know the precise cost of these depravities, we know that our government’s willful and deliberate malfeasance has already paved the way, in little more than a month, for the number of American deaths from COVID-19 to surpass our nation’s losses throughout the entire Vietnam war.

As I strive to keep living by the oath I swore as an eighteen-year-old, the coronavirus outbreak introduces a troubling predicament: How does one maintain his patriotic oath in the age of the failed state?

Citizens relinquish money and authority to governments first and foremost in exchange for protection from threats that they, as individuals and communities, cannot hope to confront. By outspokenly rejecting this fundamental responsibility, our federal government has clearly illustrated that, as journalist Derek Thompson has suggested, America is a failed state — one whose institutions no longer serve their intended purposes.

Worse yet, the problem permeates the entire federal system. Though principal responsibility for many of these offenses resides with the executive branch, our government’s system of checks and balances was designed precisely to prevent one branch of government from needlessly placing American lives and liberties at risk. This system seems to have completely deteriorated. 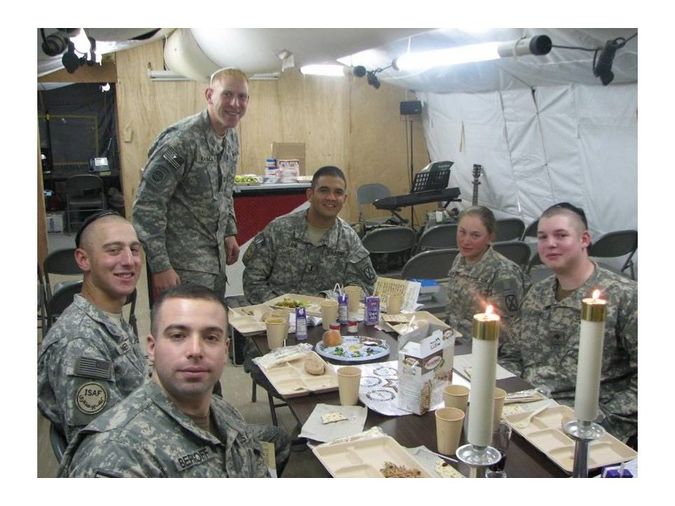 Joshua Knobel and company in Afghanistan.

Instead of providing essential oversight, members of Congress with access to intelligence about the virus as early as January either abdicated their responsibilities or worse yet, used their knowledge to further their own selfish concerns. Meanwhile, the Supreme Court employed the pandemic cleverly — not as an opportunity to remind the executive of its responsibilities, but to deprive ever more citizens of their right to vote.

The American system of government, conceived to protect the lives and liberties of American citizens, lies broken, in need of comprehensive repair. Having once sworn an oath to protect the Constitution from all threats, I find that I cannot now ignore that promise simply because the Constitution’s greatest threat rests with those in control of the institutions it founded.

As the federal government continues to flaunt its disregard for the welfare of American citizens, many state governors have begun to resist, collaborating to obtain essential medical supplies and to enact policies needed to safeguard American lives. Their efforts to resist our failed federal government cannot and must not end with COVID-19.

We must urge our state representatives to use all the tools at their disposal to demand immediate changes in our laws and our leadership to re-establish the checks and balances our federal government needs to perform its role. And, should their efforts fail, we must be prepared to walk away from the American experiment and begin anew – not in revolt, but out of loyalty to the very Constitution our federal government has seen fit to desecrate.

It is this very same Constitution that I and my fellow service members swore to protect and defend from all enemies, foreign and domestic. That oath, and the spirit of patriotism that fuels it, obliges us, whether through reform or renewal, to forge an America that prizes the lives and liberties of all its citizens above all else. Only by so doing can those who have sworn to defend this country and its Constitution bear true faith and allegiance to the United States of America.

Josh Knobel served as an Army Signal Corps Officer on Active Duty from 2001 to 2008 before beginning his rabbinic studies and becoming a Chaplain Candidate in the U.S. Army Reserve. In 2014, he joined Stephen Wise Temple and Wise School in Los Angeles.

COVID exposed America as a failed state. How can I honor the military oath I swore?