After 4 years of Trump, China’s abuses are worse than ever. What Biden must do to stop them 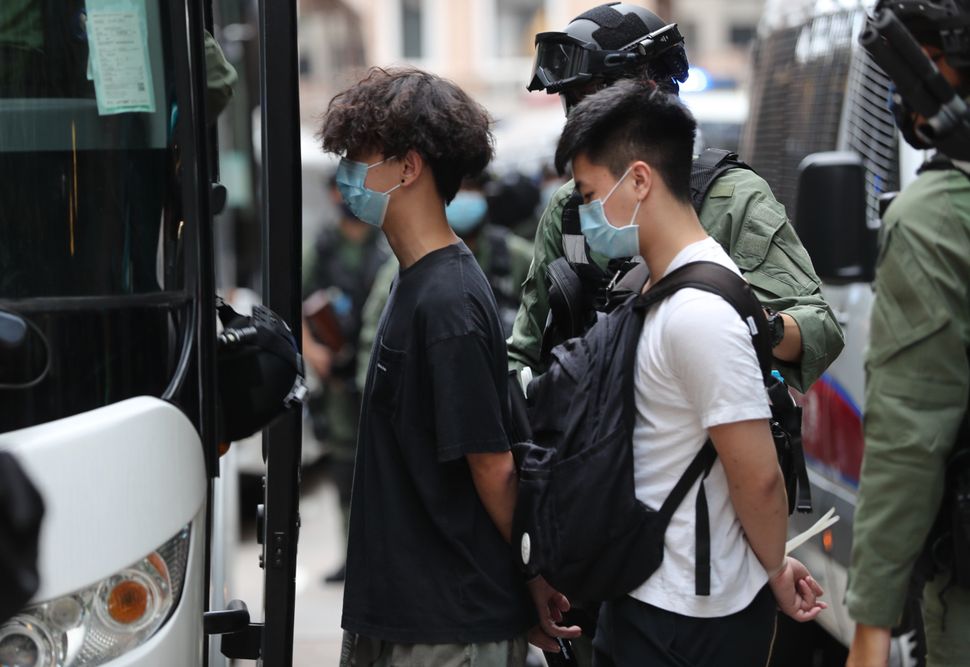 Joe Biden’s foreign policy team includes many familiar faces from the Obama Administration. Antony Blinken, Biden’s pick to be the next Secretary of State, was Deputy Secretary of State in January 2017. National Security Advisor Jake Sullivan was National Security Advisor to the Vice President at the time. The list goes on. But though the people are the same, the world and its challenges have changed, particularly when it comes to China.

Biden’s team is dealing with a more antagonistic and confident China than it was four years ago, which means there will be no return to business as usual in U.S.-China relations.

Donald Trump spent the better part of his four years in office pursuing a trade deal with China. As negotiations (read: Chinese purchases of American soybeans) stalled and tensions rose, Trump made aggressive but erratic moves against individual Chinese companies.

He loudly announced a ban for the viral Chinese short-form video sharing app TikTok, only to forget to implement it amidst election distractions. He placed sanctions on Chinese telecoms giant ZTE and then removed them weeks later, proceeding to instead bring the full force of American fury down on Huawei, the leading Chinese provider of 5G equipment and cellphones.

The Biden Administration will keep Chinese technology ambitions in its crosshairs. But instead of trying to attack Chinese companies one at a time, Biden’s team will likely focus on building allied coalitions to counter Chinese aggression and make non-Chinese companies more competitive. In the technology space, these efforts will emphasize shared values.

“As the vice president sees it, there’s a division in the world between techno-democracies and techno-autocracies,” Blinken said before the election.

Biden’s foreign policy team will also help allies that are the victims of Chinese bullying. In recent years, China has gone after Australia, Canada, South Korea, and the United Kingdom by cutting off their companies’ access to the Chinese market and even detaining their citizens. Each of these countries are too small to stand up to China alone.

Unlike Trump, who came into office bashing America’s closest allies, under Biden, joining together the worlds democracies to resist Chinese coercion will be a top priority. Biden’s team will also re-assert American leadership at the United Nations and the World Health Organization, rather than ceding multilateral organizations to China as Trump has done.

The biggest change from Trump to Biden, however, could be on human rights. President Trump disdains human rights quibbles, and privately told Chinese Communist Party Chairman Xi Jinping that he approved of China’s policies in Xinjiang, where the CCP has interned more than one million people in forced labor and re-education camps. Trump even promised Xi he would not condemn a crackdown in Hong Kong. Only after the Trump Administration gave up hope of getting a trade deal did it begin framing competition with China in ideological terms, describing the CCP as a “Marxist-Leninist monster” whose rule is “authoritarian, brutish and antithetical to human freedom.”

Such uncompromising language, perhaps adopted to make up for three years of ignoring Chinese abuses, leaves little space to actually push Beijing away from its most egregious policies. It also rings hollow after four years of doing relatively little to stop escalating Chinese oppression. The CCP knows that Trump does not care if it moderates its policies in Xinjiang.

The Biden team, by contrast, has staked out a clear stance on Chinese human rights abuses, labelling Chinese policies in Xinjiang a genocide. This sends a clear message to Xi that the Biden team prioritizes these issues, making a moderation of Chinese repression possible, if not certain.

Because the Biden Administration actually cares about ending China’s most reprehensible policies, it can also take strong action to make them more costly for Beijing. It can mandate that American companies conduct comprehensive due diligence on their Xinjiang supply chains and beef up the under-resourced Customs and Border Protection’s Forced Labor Division, tasked with preventing goods made by forced labor from entering the country. It can build a multinational coalition of allies to speak with one voice on deteriorating conditions in Hong Kong, and to perhaps consider a boycott of the 2022 Beijing Olympics if China continues with its most shameful policies.

These targeted efforts would put a global spotlight on the CCP’s worst policies and offer a small hope of helping impacted communities.

Trump has prided himself on being tough on China. But after four years in office, China is more aggressive, more oppressive, and more globally ascendant than ever before. With less bluster, more consistency, and more buy-in from allies, the Biden Administration can hopefully reverse some of those trends.

Coby Goldberg is a researcher with the Asia-Pacific program at the Center for a New Security. His writing has been published in Foreign Policy, the Forward, and the Wire China.

After 4 years of Trump, China’s abuses are worse than ever. What Biden must do to stop them