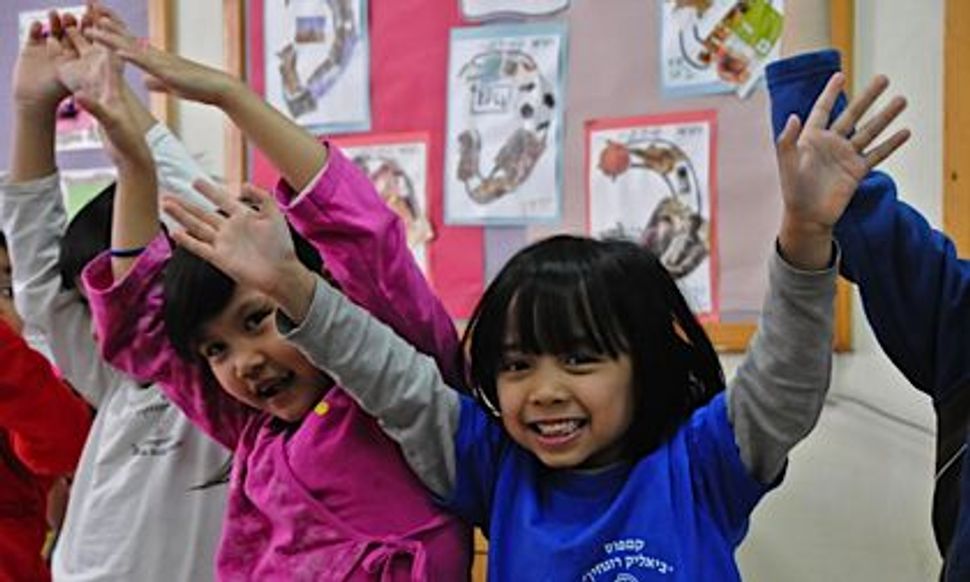 In this, the third annual Forward Fives selection, we celebrate the year’s cultural output with a series of deliberately eclectic choices in music, performance, exhibitions, books and film. Here we present five of the most important films of 2011. Feel free to argue with and add to our selections in the comments.

Director Joseph Cedar, known for his Oscar-nominated “Beaufort,” emerged this year with another breakout film, “Footnote.” Winner of the Best Screenplay award at the Cannes International Film Festival, “Footnote” also took home the top prize at Israel’s Ophir Awards, making it the country’s entry for the Best Foreign Language Academy Award. Unlike Cedar’s previous film, which addressed the conflict in Lebanon, “Footnote” tells a more personal story of a father-son academic rivalry at the Hebrew University in Jerusalem.

While “Footnote” triumphed in Israel and France, Yossi Madmoni’s film “Restoration” was the only Israeli movie named an official selection of the 2011 Sundance Film Festival. The film tells the story of Yakov Fidelman, who has spent his entire life restoring antique furniture. Following the death of his business partner, he finds out that the business is on the verge of collapse. “It’s a family story that transcends cultural boundaries and national borders,” writes Forward reviewer Gabrielle Birkner. “On another, though, it is a requiem to a pre-cosmopolitan Tel Aviv.”

While talented actors are always eager to work with Woody Allen, the director’s recent movies have been long on pretty faces and short on substantive interest. His latest film, however, “Midnight in Paris,” not only charmed the critics but also earned its keep at the box office, becoming Allen’s top grossing film of all time. Owen Wilson delivered a particularly strong performance as a taller, blonder, but still obvious Allen stand-in, centering a whimsical yet down-to-earth story about being happy where — and when — you are.

Read the Forward’s review of ‘Midnight in Paris’ here.

”Romeo and Juliet in Yiddish”
Directed by Eve Annenberg

Eve Annenberg’s debut feature, “Romeo and Juliet in Yiddish” is both more and less than its title suggests. While it involves a rendition of Shakespeare’s play in Yiddish, it is also about the process of creating a translation with an entertaining group of former Hasidim, whose criminal exploits provide a lot of humor, as well as a bit of pathos. Though confusing at times, Annenberg’s film delves creatively and entertainingly into a social and cultural milieu most people would otherwise never encounter.

Read the Forward’s coverage of ‘Romeo and Juliet in Yiddish’ here, here, here and here.

”Strangers No More”
Directed by Kirk Simon and Karen Goodman

“Strangers No More,” which won an Oscar for Best Short Documentary, goes inside Tel Aviv’s Bialik-Rogozin school, where more than 800 students from some 48 countries study together. The documentary examines the traumatic circumstances that brought these children to Israel — many fled from poverty, hunger and war — and the process of their integration into their new home. As the filmmakers told Forward writer Allison Kaplan Sommer, “As soon as you walk in the front door, you see the faces, the flags from all over the world, you hear the children singing, you see what a remarkable place it is. We immediately fell in love.”

Read the Forward’s coverage of ‘Strangers No More’ here.