The Lions of Zion, Chapter 23 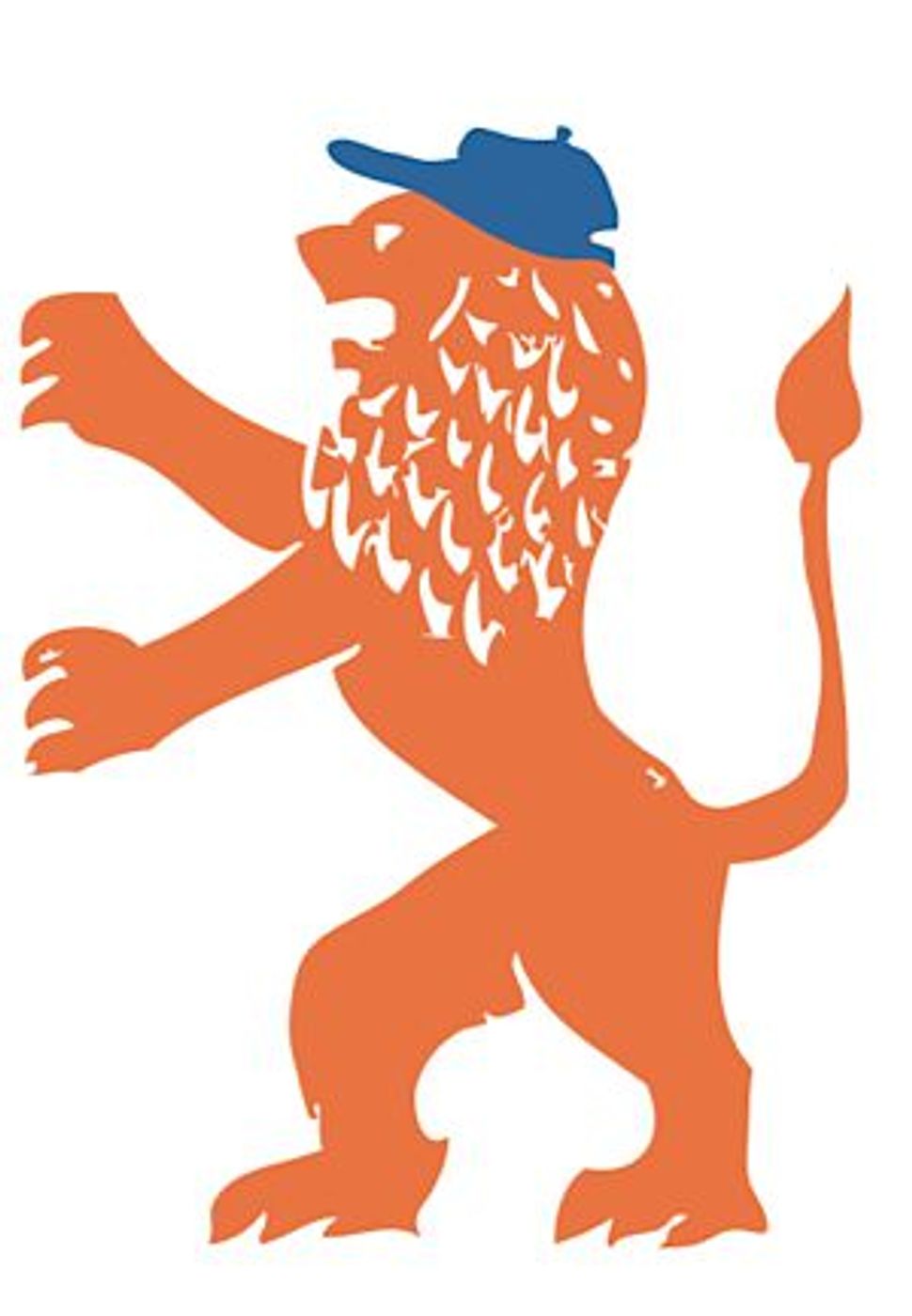 What would have happened had there been a Jewish team in the Major Leagues? In an original novel serialized on The Arty Semite, Ross Ufberg imagines the trials and triumphs of The Lions of Zion, an all-Jewish team competing in the National League in 1933. Read the first 22 chapters here. 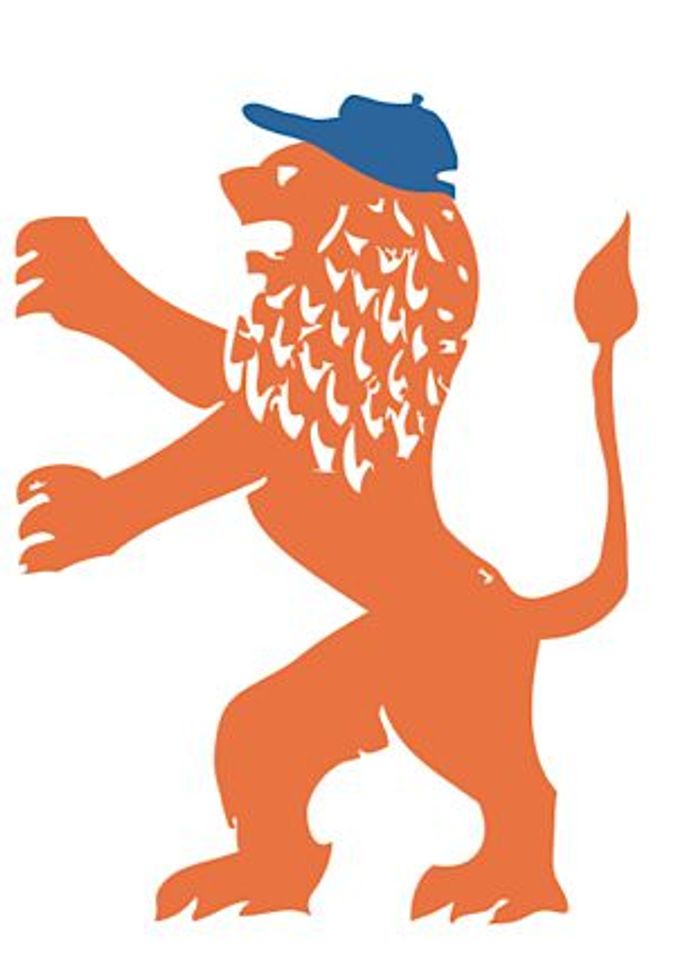 The clubhouse was all champagne and cheer. In one corner, Butcher was staving off a pack of sportswriters while Khetzke and some other fellows, well lubricated by alcohol and limber with relief, were doing a freylekh-tants across the room. After holding our breath for nine innings, not only were we proud of Butcher, we were also simply glad the game was over. Big Hup, our solid, towering center fielder, grabbed a seated Janusz by the hand and pulled him into the dancing circle.

But watching the men also made me melancholy. I wanted to share such a moment with Rachel. Standing in the locker room, so full as it was with men, only made me feel lonely. It’s true, what my mother used to tell me as a boy: “Lakhst zikh alayn du un vaynst zikh alayn.” You laugh alone and you weep alone. “But for love one day you’ll have to find a partner.”

Rachel had been in the stands. I’d caught a glimpse of her, wearing a red hat, with a whole array of wildflowers tucked into a black band. Right then, all I wanted to do was find that hat. Preferably, with Rachel underneath it.

Butcher, looking politely bored, was giving an interview to Nosie Mosie. Every so often one of the men came over and gave him a zets on the back. He’d smile and get back to the interview. I caught his eye over Mosie’s shoulder and held it. He winked at me, I winked back, and I stepped out of the clubhouse and into the tunnel in the guts of Ebbets Field.

I looked around hoping, by some miracle, that Rachel was waiting for me. Not seeing anybody in the dim half-light, I strode toward right field, where the tunnel opened onto the ball field. I caught sight of a little orange light, like the headlamps on a locomotive that you pass on a foggy night, before you have a chance to rub your eyes and make sure you’re not imagining things.

“Talmed,” said a voice from the shadows, and a familiar figure stepped away from the wall.

“You’re not exactly inside either, Metumtam. After such a wonderful performance, who can bear to celebrate?”

“I just got to see somebody, is all.”

Reb Shlomo smiled. “I know, kid. Mazel and a brokhe on your head. Life is what you’re after. Go, go take it.”

I hadn’t gone five steps when he called me back.

“But before you go, I need to ask you one question.”

“About all this — what do you think?”

Silently he turned and raised his hand. His face was so pale and nearly transparent that one would have though he was a professional ghost.

“Du vayst, all this.” He pointed to the clubhouse. “Today, the perfect game, Butcher… He was so calm, like it wasn’t he who was pitching, but someone else…”

“I think it means we got Butcher back, coach. Better than ever.”

Reb Shlomo took a deep drag and the only sound for a second was the crinkling of the cigarette paper as it burned closer to his fingers.

“Kid, I seen a lot of things in my day. Never once did I see a man who acted like that while working on a perfect game. Too many nerves involved. Anybody with a heart even of barley would be a nervous wreck…”

“What do you want he should do, break a glass under the baseball khuppah?”

“I’m just afraid something else is about to break. Do me a favor, Talmed. Keep an eye on him. I’m worried about that pitcher. The PMB’s don’t disappear so easily.”

I was a little irritated: couldn’t Reb Shlomo leave well enough alone? Maybe the other guys were right when they complained about being burdened by this man who seemed to want to make hunchbacks out of us all. Did every moment of happiness have to be spoiled by some grim message?

My face must have showed what I was thinking. Reb Shlomo started in again:

“On the mound today, Butcher had a fire in his eyes. Only it wasn’t the flame of the burning bush. It was a goddamn yahrzeit candle. Listen to me!”

His words were spoiled milk in my heart. I hurriedly left him behind and ran down the tunnel. And there, where the world opened up and the grass of the outfield began, stood Rachel: my love, my heart, my butterfly, my zummer feygele, waiting for me like a rainbow. She was hugging herself in the late summer evening, trying to keep warm.

“Talmed,” she said softly when I stood in front of her. “I didn’t know if you were ever coming out of there. If you would remember me.”

“Rachel!” I wanted to cry, but instead I took her close to me and held her for a minute. She smelled so lovely and suddenly I realized I was still in my baseball uniform, caked with sweat and dust and champagne.

“Rachel,” I said again, because her name was chocolate on my lips. “What is it to be joyful if the one you love is absent? All I wanted the entire afternoon was to share my joy with you.”

“This is the pain of life. And also the blessing of it. Come, Talmed.”

Rachel and I embraced and walked out onto the field, to look upon the empty bleachers. We were all alone: neither Brooklyn, nor the world at large, existed for us then. We stood on the lush grass of the outfield, the only two people on what seemed like a vast prairie, and we could see but each other, the empty stadium, and the sky.

I took off my light jacket and spread it on the ground. Rachel sat down on it, and she was a ruby in a jewel box, wrapped in the soft green grass, the dimensions of the stadium making her small and precious.

The air smelled cleanly of grass and dirt, of Rachel’s scent and of the sweat and tears shed upon my baseball uniform. I looked around. Everyone must have gone home already, for it was quiet, and only occasionally a street car, screeching its brakes, reminded us of where we were. It was a full moon, but not a bright one, and the pale disc in the sky cast its blurry light on Rachel’s lips. It is true that love is a thing you feel in your heart, but it is also an act.

From Ebbets Field, at nearly midnight, we walked tiredly east to the river and then up along the water to the Williamsburg Bridge. We peered across at Manhattan, the tenements of the Lower East Side deceptively romantic in the pale midnight moonlight. The entire island, stretching up towards the north with buildings lining the shore, was like some chunk of coal somebody had dropped into a great big puddle. A chunk of coal with a diamond somewhere deep inside it, and when you scratched it, you could find a window, a face, a lover.

When I got back to the hotel it was nearly three a.m. In my mind, I kept going over the evening again and again, like I was watching a movie and the projectionist kept reloading the same reel. I wanted to sleep, but I knew I’d have to talk to somebody before morning, just to settle my thoughts. I headed for Butcher’s room, praying that he’d be awake. The hallway was deserted, and there was light spilling out from beneath.

I leaned in close and called out.

“Butcher? You awake? Could you open for a minute?”

There was no answer. I knocked softly, then again:

I tried the knob. It was unlocked. I pushed the door open and a cool breeze rushed past me as I stepped inside.

The Lions of Zion, Chapter 23