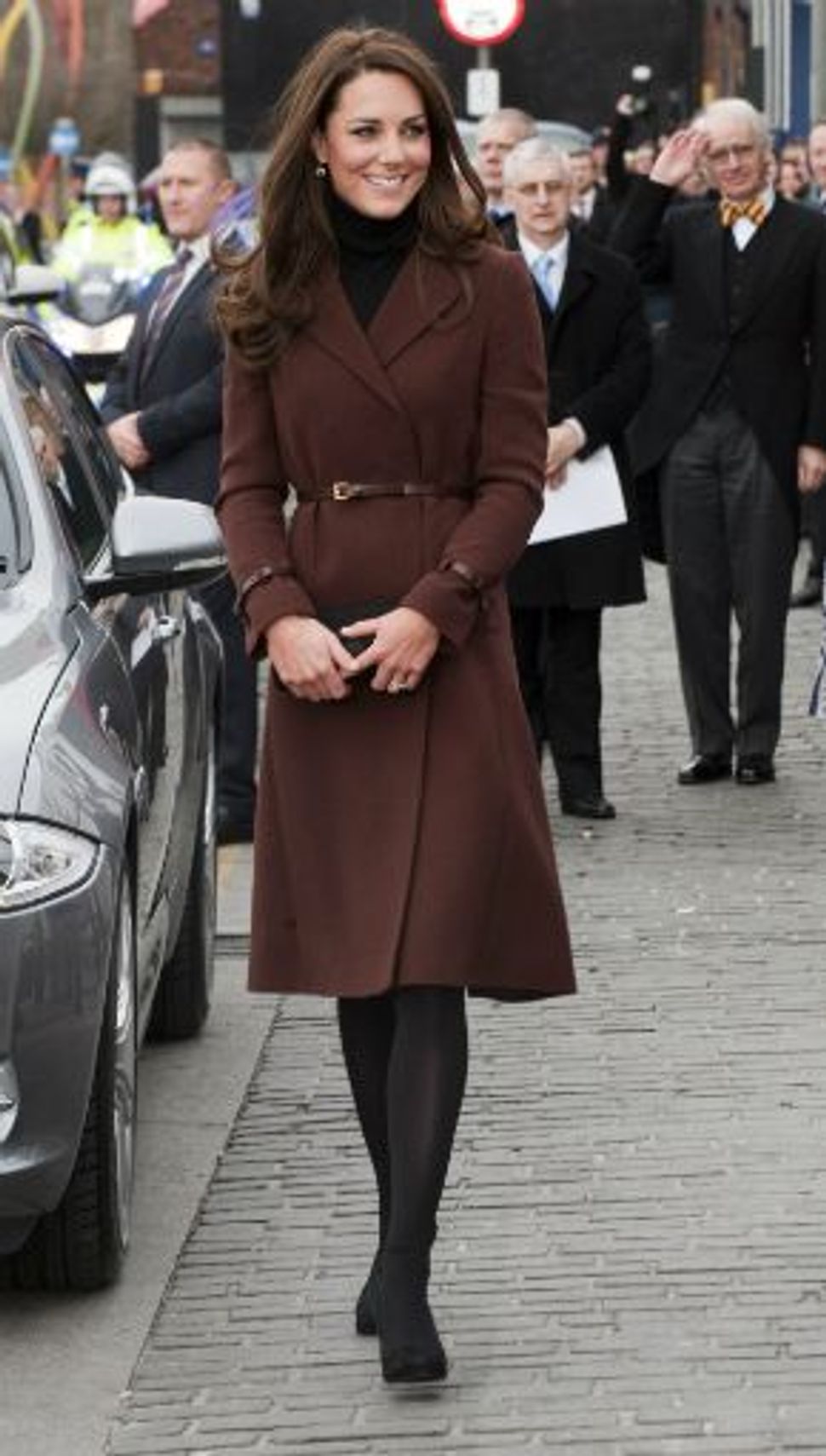 Just last week we were treated to a provocative fashion spread in Israel’s Belle Mode magazine that was both inspired by and meant to protest the exclusion of women in the public sphere. In it, the models struck sexy poses, wearing ultra-Orthodox garb, in a vintage bus.

As highly unlikely as the scenes in those photos would be in real life, we now learn of another highly improbable connection between high fashion and the Haredim. It turns out that none other than the Duchess of Cambridge is walking around in clothes meant to imitate those worn by ultra-Orthodox Jews. We’re not even talking about the long skirts and high necklines of Haredi women’s wear — but rather referring to the long (typically black) coats, or capotes, worn by Hasidic men.

According to New York Magazine, the taste of the former Kate Middleton (now officially Catherine, Duchess of Cambridge) runs toward coats modeled after a capote that once likely belonged to a Haredi teen. Katherine Hooker, one of the Duchess’s preferred designers, revealed in an interview that she started her outwear label after deciding to replicate a coat she found in a used clothing store in Jerusalem in 2003. “I bought a young boy’s Hasidic coat in a junk shop,” she said. “And it was an old one, like when clothes used to be made for people as opposed to mass market. I was 18 and tiny and skinny, and it fit me absolutely perfectly; it was made for a 14-year-old boy or something.”

The coats, which Hooker had made in India, were such a hit that she opened her shop in London in 2004. She is doing trunk shows in New York, but does not yet have any plans to open a shop in the U.S.

When asked why she thinks her coats are popular among with the Duchess, her sister Pippa Middleton and other royals (including Princess Beatrice of fascinator fame), the designer suggested, “They’re made much more in the way clothes used to be made before everybody had their clothes mass produced. The structured, more tailored styles are cut with high armholes so they’re very elongating, which also gives you mobility.”

The “Tori,” a double-sided cashmere merino with six fabric panels in the back and a price tag of $1,750, is Hooker’s most expensive model. However, most of her (shall we describe them as “Hasidichic”?) coats cost at least $1,000, which The Shmooze confidently assumes is far more than she paid for that second-hand capote.