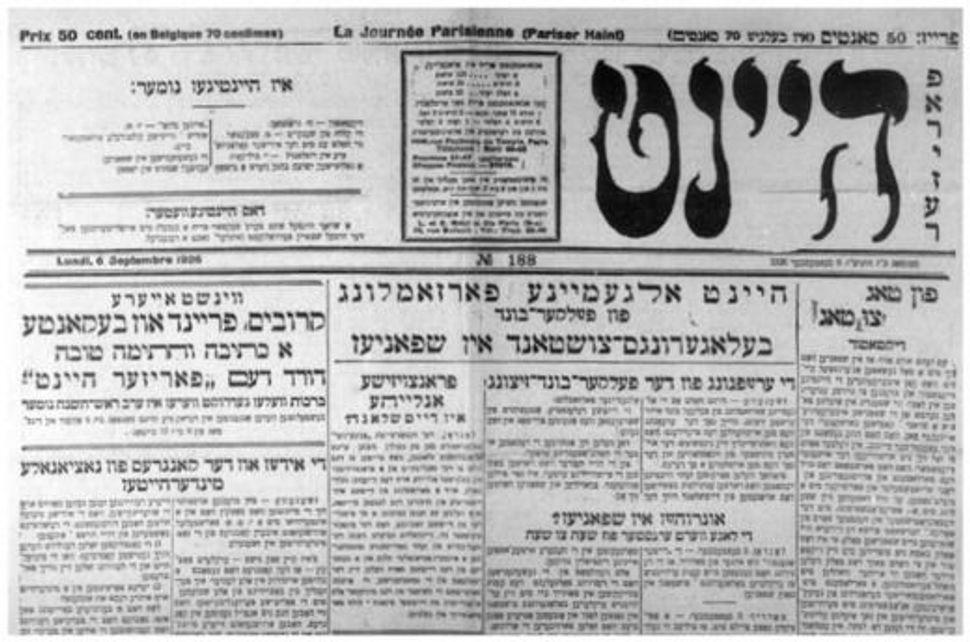 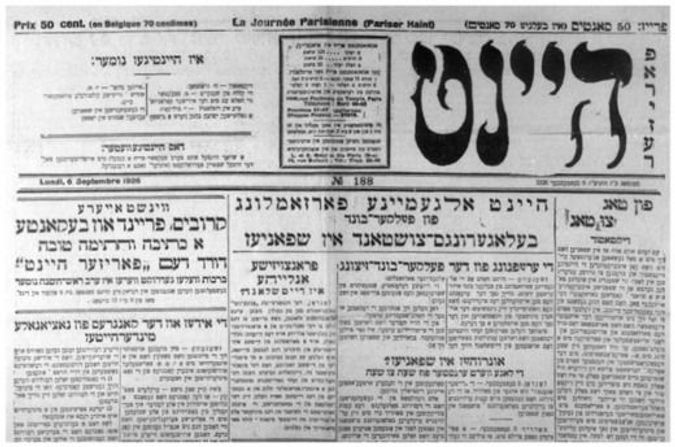 But to get to the point, as my Yiddish-speaking great-grandmother would tell me to do: Take heart Yiddin, a tome of Yiddish wisdom has been digitized, which is to say, eternalized, on the Historical Jewish Press Website. That tome is the Yiddish newspaper Haynt.

Founded in Warsaw in 1908, Haynt was the most widely read Yiddish newspaper in Eastern Europe, with a readership numbering in the tens of thousands. In addition to news reporting and columns on everything from humor to women’s issues, Haynt featured highbrow literary works by prominent writers like Sholem Aleichem and Hirsch Dovid Nomberg, as well as the more popular serialized shundromanen, or trash novels.

The political turmoil of the era, beginning with the outbreak of World War I, dramatically altered the scope of the paper, which for a time cut back to the bare bones of news reporting. Still, despite heavy censorship, the paper continued to be published (albeit under different names, including Nayer haynt and Der Tog), even after the outbreak of World War II. The final issue appeared on September 22, 1939, just days before Warsaw surrendered.

Now, more than 70 years later, the newspaper is available in full, thanks to the Jewish Historical Press website, a joint project of Tel Aviv University and the Israel National Library. Founded in 2006, the website now includes 29 publications from 11 countries, including Egypt, Russia, Hungary, France and Israel, totaling some 600,000 pages.

Yaron Tsur, a professor at Tel Aviv University’s History Department who founded and co-directs the project, believes the site will pass the one million-page mark in the next two years. On board with Tsur are co-director Alon Strassman and Israel Weiser of the National Library of Israel, and project manager Chezkie Kasnett. Professor Avraham Nowerstern wrote the introduction to the newspaper’s electronic edition. The inclusion of Haynt on the Jewish Historical Press Website was made possible thanks to the support of the David and Fela Shapell Family foundation.

The next Yiddish paper to be added to the site is Literariche Bletter, which was also published in Warsaw in the 1920s and ‘30s. For readers of the Forward it is hard not to let the mind wander, to imagine, to hope that one day this will be true of the Forverts, too. May it happen soon.