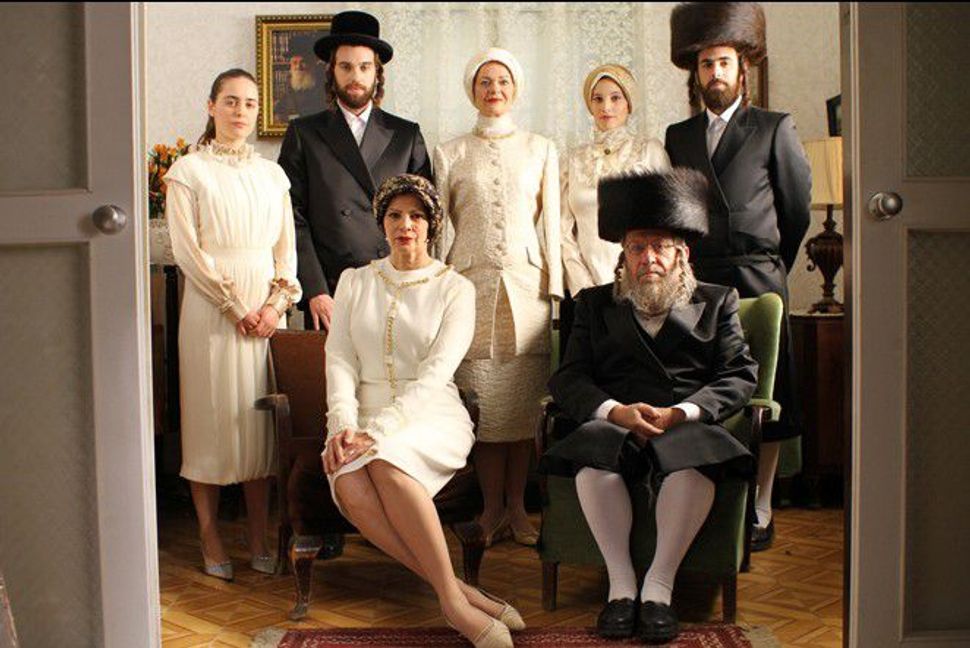 “Fill the Void” tells the story of 18-year-old Shira who struggles with whether she should marry her brother-in-law Yochai, the widower of her older sister Esther, who died in childbirth. It’s an emotional fictional romance and coming of age story set against the strictly prescribed and proscribed lifestyle of the ultra-Orthodox. Hadas Yaron, who plays Shira, won the Volpi Award for best actress at the 69th Venice Film Festival in September.

The most surprising aspect of the film’s success is the fact that this is its director’s first foray into filmmaking for a general audience. Rama Burshtein, who grew up secular but became ultra-Orthodox as an adult, had been making films and teaching filmmaking for the past 10 years — but only among and for ultra-Orthodox women.

The director feels that the Hasidic community provides her with plenty or material with which to work. “The Orthodox world is so interesting it does not need to cope with the secular. It can be very interesting and the drama can be very strong inside,” she was quoted as saying at a recent press event.

Burshtein may be content portraying only stories set in her own community, but the acclaim and recognition that “Fill the Void” has received clearly indicates that general audiences are eager for her to provide them more sensitive and emotionally charged glimpses into it.