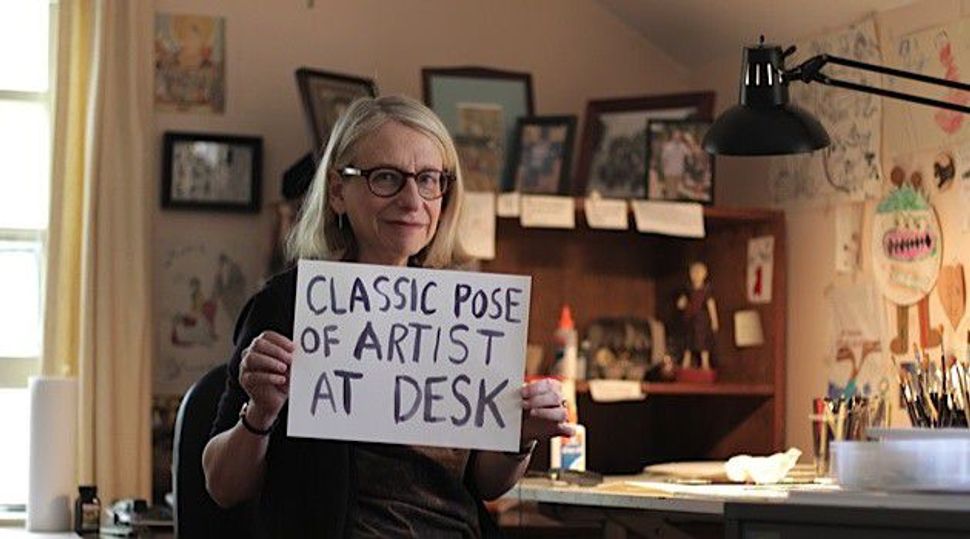 (JTA) — The New York Times Book Review published its “100 Notable Books of 2014” on its website Tuesday and, not surprisingly, given the whole People of the Book moniker, a number of the fiction and nonfiction books highlighted this year are of Jewish interest. (The number of Jewish authors on general topics was too numerous to count, so we didn’t.)

In particular, books by and about Jewish immigrants from the former Soviet Union made a strong showing on this year’s list: Anya Ulinich’s “Lena Finkle’s Magic Barrel,” Yelena Akhtiorskaya’s “Panic in a Suitcase,” Boris Fishman’s “A Replacement Life” and Gary Shteyngart’s “Little Failure.”

Also on the list is another immigrant-themed book — Zachary Lazar’s “I Pity the Poor Immigrant” — a novel that features Jewish gangster Meyer Lansky and an Israeli poet’s murder.

Books about Nazis and the Holocaust feature prominently as well: The protagonist of Francine Prose’s novel, “Lovers at the Chameleon Club,” is a cross-dressing Nazi collaborator, while two nonfiction picks, “Not I: Memoirs of a German Childhood” and “Eichmann Before Jerusalem: The Unexamined Life of a Mass Murderer,” also address the subject.

Those interested in more cheerful topics like aging parents and the Israeli-Arab conflict, can turn to Roz Chast’s graphic novel, “Can’t We Talk About Something More Pleasant” and “Thirteen Days in September: Carter, Begin, and Sadat at Camp David.”

Or, of course, you could give up on the whole book thing and just tune in to Lifetime’s “The Red Tent,” based on the best-selling biblical novel by Anita Diamant.

Drawing The Last Chapter from Jewish Daily Forward on Vimeo.