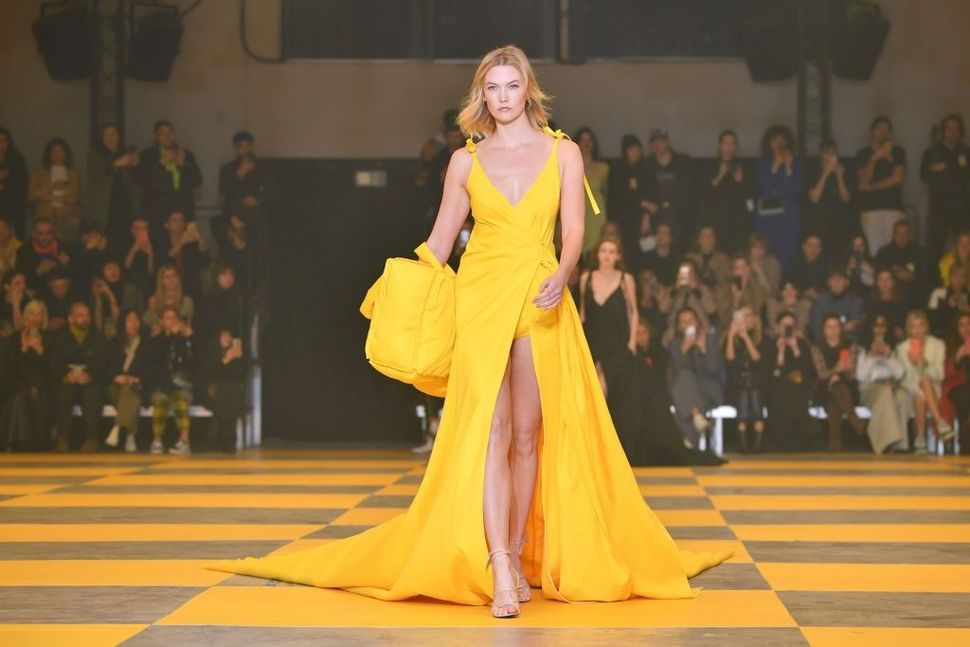 The Talmud states that this is the first question the beit din — the group of rabbis sitting in judgment — should ask of a person seeking to convert to Judaism:

“Why should you wish to convert — do you not know that the people of Israel at the present time are persecuted and oppressed, despised, harassed, and overcome by afflictions?”

One wonders what was said when this question was asked of Karlie Kloss, the supermodel and philanthropist who converted to Judaism last year before marrying Jewish investor and real estate scion Joshua Kushner.

Kushner’s brother Jared — with his position as presidential advisor and role in America’s first family — has contributed to some calling the Trump administration the best historically for Jews, and others comparing it to the days in Germany before the Holocaust. Into that morass steps Kloss, the 26-year-old midwestern it-girl, who detailed her conversion to Judaism and its connection to the Kushner family in the pages of this month’s Vogue.

A teaser of the interview Kloss did with media powerhouse Elaine Welteroth for the cover of British Vogue, perhaps unintentionally, courts controversy in its description of Kloss’ conversion.

“Her recent marriage to 34-year-old venture capitalist Josh Kushner weighs heavily in her life’s joy category — as well as the pillars of the Jewish faith, which she converted to for Kushner,” reads the article. The assumption that a newly married convert changed “for” his or her spouse is highly contentious — in November 2018, when an article in the New York Times claimed that Kloss’s now-sister-in-law Ivanka Trump converted to Judaism “for” Jared Kushner, Rabbi Diana Fersko wrote in the Forward, “This is typical of how the media describes women who convert to Judaism — and it’s stripping them of their agency in a terribly misogynistic way.”

But Kloss, in Vogue, is open about the fact that her conversion was, in part, for Kushner — and that finding a way to meet her partner’s needs was a powerful gift to both her husband and herself.

“Changing part of who you are for someone else can be seen as weak,” she told Welteroth. “But you know what? Actually, if you’ve been through what I’ve experienced, it requires you to be anything but weak. It requires me to be stronger and self-loving and resilient. I really did not take this lightly.”

“It wasn’t enough to just love Josh and make this decision for him,” she said. “This is my life and I am an independent, strong woman. It was only after many years of studying and talking with my family and friends and soul searching that I made the decision to fully embrace Judaism in my life and start planning for a future with the man I chose to marry.”

Kloss is said to have studied extensively and prayed at Manhattan minyans for years before converting to Judaism. She visited Israel with Kushner prior to conversion and has since been seen celebrating Jewish holidays and even eating with Jewish royalty, like Britain’s Chief Rabbi Lord Jonathan Sacks.

She told Vogue that celebrating Shabbat has been among the Jewish practices that have increased meaning in her life. “I think we all have a tendency to just keep going,” she said. “Some people find grounding through meditation. Some find it through exercise. And to each their own, but for me, Shabbat has brought so much meaning into my life. It helps me reconnect to the actual world.”

Kloss is a six-foot-two supermodel and highly trained computer coder, and thus not easily confused with the great rabbi and scholar Abraham Joshua Heschel. He said, “Six days a week we wrestle with the world, wringing profit from the earth; on the Sabbath we especially care for the seed of eternity planted in the soul…Six days a week we seek to dominate the world, on the seventh day we try to dominate the self.”

Similar, is it not?