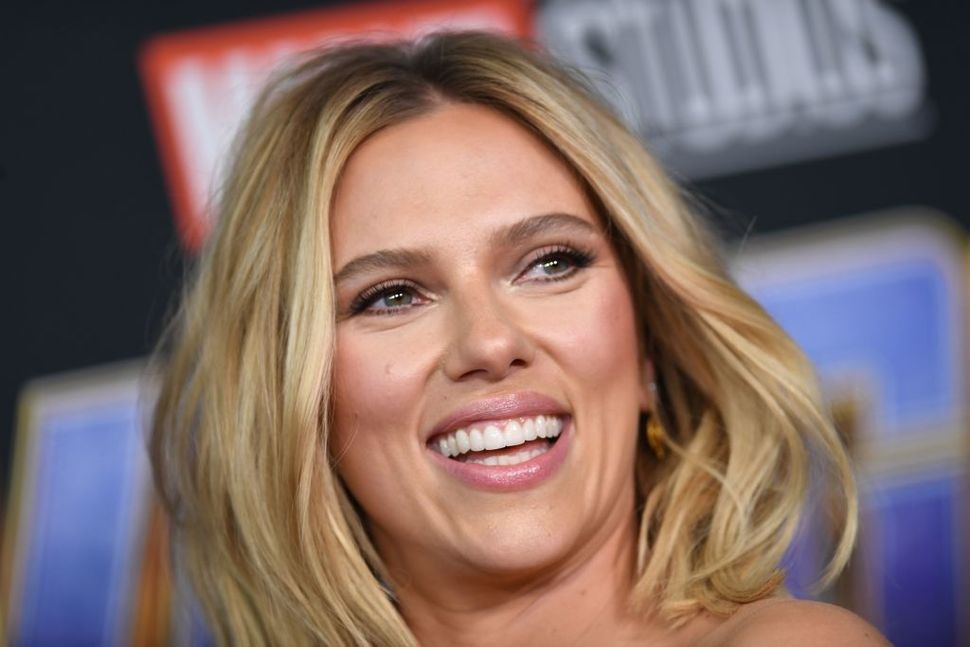 Depending on where you get your news, Scarlett Johansson is either an untouchable star at the top of the A-list or a pathetic has-been. She’s one of the most beautiful women in the world, sitting comfortably atop a monster-fortune, or she’s an out-of-touch hack.

If you live in the Venn diagram of “Woke-But-Into-Pop-Culture,” Johansson is a celebrity sad-sack who traded in the easy success of the statuesque for a chance to be the face of intolerance.

It started when Johansson, who is white and Jewish, defended her choice to play the Japanese cyborg Motoko Kusanagi in the 2017 movie “Ghost in the Shell.” “I certainly would never presume to play another race of a person,” she told Marie Claire in the wake of the controversy, hinting that because Kusanagi is a cyborg, her race shouldn’t have been a factor. That choice could have been swept away in the perpetual stream of celebrity scandal; after all, Emma Stone went on to win an Academy Award only two years after playing an Asian woman in “Aloha.”

Instead, in July 2018, Johansson fueled the controversy when she grumpily relinquished the role of transgender man and gangster brothel owner Dante ‘Tex’ Gill in the forthcoming “Rub and Tug” after broad outcry about a cisgender woman playing a trans character. Johansson first responded to the criticism by glibly pointing to cisgender men who’ve played trans roles and been rewarded for it, including Jared Leto, Eddie Redmayne and Felicity Huffman, then dialed back with a prepared statement and an apology for her initial comments.

But Johansson couldn’t move on. Nearly a year later, in a July interview in As If magazine Johansson announced, unprompted,, “You know, as an actor I should be allowed to play any person, or any tree, or any animal because that is my job and the requirements of my job.”

“A lot of political correctness is being reflected in art…I feel art should be free of restrictions,” she added.

Like an explosion of synapses, the internet was filled with memes of Scarlett Johansson pretending to be a tree. On timelines and text chains where Johansson’s face emerged discomfitingly from trunks, the case, for many, seemed closed — Johansson, foaming at the mouth about the enshrined human right to portray wildlife, had made herself the butt of a joke. Trevor Noah roasted her on his late night show. Headline writers from the LA Times to Vox to USA Today greeted her like an old friend, crowing over her “History Of Casting Controversies.”

During the “Rub & Tug” fallout Glenn Close, who was nominated for an Oscar for her role as a woman living as a man in “Albert Nobbs” (2012) gingerly called for more roles for trans actors. Business Insider even removed a column defending Johansson after apparent internal uproar. After the tree comment, even the ladies of “The View” condemned her.

Johansson seemed, if not finished, then greatly diminished.

But for better or for worse, that impression doesn’t bear out; it was just announced that Johansson is the world’s highest paid actress in 2019. It’s a title she enjoyed in 2018 and in 2016, too. She’ll apparently be well-situated for consideration for that title in 2020 as well, when, on the heels of multiple lucrative appearances in Marvel movies, she will finally anchor her own superhero epic “Black Widow.” It’s become clear that Johansson’s career hasn’t suffered a single discernible setback or consequence for the controversies that, in some circles, were taken to suggest a forthcoming downfall.

In fact, her career is better than ever.

Johansson, who made her name as an actress working with directors like Sofia Coppola and Woody Allen before branching out with Marvel and Michael Bay, is enjoying an exceptionally hipster 2019. She’ll star in Noah Baumbach’s drama “Marriage Story” alongside Adam Driver; both actors are clearly eyeing Oscar statuettes.

Surely — one might think — younger, more progressive artists reject Johansson? Nope — this year, Johansson also has a lead role in “Jojo Rabbit,” the brainchild of the Maori and Jewish director Taika Waititi. In the film, a satire about Hitler (and rather wild risk in this current cultural climate), Johansson will play a German woman who shelters a young Jewish girl during the Holocaust. The fact that the beloved progressive Waititi put faith in Johansson suggests, once again, that she’s lost nothing.

In fact, it appears that the one person who remembers this drama — other than the left-leaning meme-fiends who gave the internet the impression that Johansson was cancelled — is Johansson. If one lesson here is that social media gives an at-best myopic view of the fallout from a controversy, the other is just how affected public figures are by their controversies, even when said fallout turned out to be negligible. Johansson likely sees herself as a victim here, both of a sexist double standard that let Leto, Redmayne and “Transparent” star Jeffrey Tambor win major accolades for their work in similar roles; she defended “Ghost In The Shell” by claiming that the importance of a female protagonist should quiet the discussion of white-washing. She also seems to see herself as a bulwark against the trampling of the politically correct mob, those enemies of the idea that “art should be free of restrictions.”

But Johansson isn’t a soldier for free speech and expression. An A-list, bankable bombshell being cast as Asian or transgender is a perfect example of the way in which art, for many, is riddled with restrictions. It’s not that Johansson shouldn’t be “allowed” to play the “Rub & Tug” role; it’s that Hollywood consistently refuses to cast transgender people, whether as transgender characters or otherwise, thereby actually restricting art.

Yes, Johansson’s acting talent is something to behold. But the idea that she’s chosen for her roles because movies are a meritocracy — and not at all because of conventionally perfect white beauty and testing well with audiences — is hilarious. If art were as free from restriction as Johansson claims to wish, our screens would be overrun with talented people who look and act less like Scarlett Johansson.