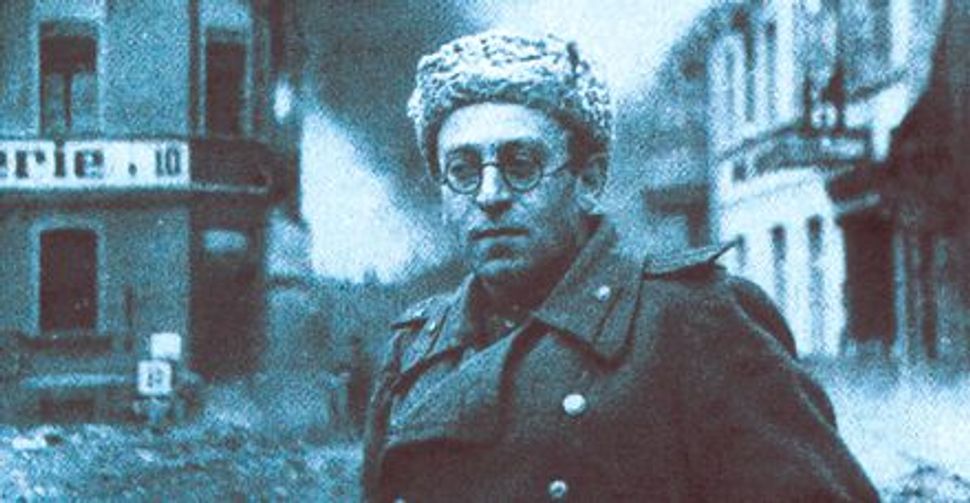 Image by courtesy of nyrb classics 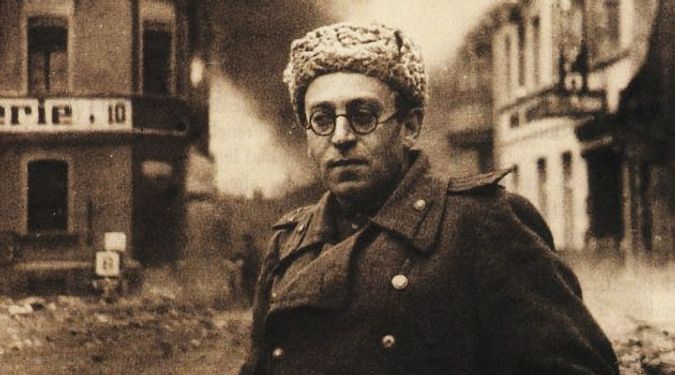 Vasily Grossman has received many well-deserved tributes as a dissident writer who dared state what is now the obvious — that when reviewing the wreckage inflicted upon humanity by such dictators as Stalin and Hitler, there are more similarities than differences to be found in their legacies. Paying tribute to this conclusion, and to the blunt, powerful language through which Grossman expressed it, in recent years The New York Review of Books has produced editions of his works, such as “Life and Fate,” “Everything Flows” and “The Road: Stories, Journalism, and Essays.”

In 2011, a BBC Radio 4 dramatization of “Life and Fate” starred Kenneth Branagh, David Tennant and Janet Suzman. The impression that these worthy productions give is that of a ready-made courageous dissenter, whereas as it turns out, for much of his life Grossman was an avid believer in Marxist-Leninist dogma. This apparent paradox is documented in “Vasily Grossman: A Combative Author,” a massively detailed new biography published in March by Les Éditions du Seuil.

Written by Myriam Anissimov, who previously published biographies of Primo Levi and Romain Gary, the book is an unsparing look at one Jewish writer’s complex path to dissidence under Soviet anti-Semitic oppression. Anissimov sifts the evidence with gimlet-eyed attention and, unlike the uncritical hosannas of praise that have likened Grossman as a novelist to Leo Tolstoy, lucidly distinguishes between when the author wrote admirably and when he disappointed.

When, in 1905, Iosif Solomonovich Grossman was born in Berdychiv, in northern Ukraine, Berdychiv was about 80% Jewish, hence its nickname, “the Jerusalem of the Volhynia.” A historic region in western Ukraine, its lore included such notables as Rabbi Levi Yitzchak of Berditchev, cited in Martin Buber’s “Tales of the Hasidim: Early Masters.” In 1928, Grossman published an essay, “That’s Enough Joking About Berdychiv!” addressing the status of his native shtetl as a target for Russian anti-Semitic jests. Yet Grossman’s essay does not defend Jews on cultural grounds; instead, he argues that Jews fought alongside the Bolsheviks during the Russian Revolution, and therefore Marxist class-consciousness should make Soviets aware that “Marxism itself is the cure for anti-Semitism,” as Anissimov describes Grossman’s naive, if well-intentioned, argument.

Though by his seminal 1959 book “Life and Fate” Grossman underlines similarities between Stalinist and Nazi anti-Semitism — while defining anti-Semitism as the “benchmark of man’s lack of talent” — ideological blinders also seem to have affected Grossman’s first efforts in fiction. In 1934 he was employed as the chief chemist at Moscow’s Sacco and Vanzetti Pencil Factory, an establishment named in honor of two men officially seen as martyrs to American capitalism. That year, Grossman published a tale, “In the City of Berdychiv,” in a literary review controlled by the Union of Soviet Writers. As Simon Markish points out in “The Grossman Case,” a penetrating critique that was published in French in 1983 and is long overdue for translation into English, Grossman’s story contains a highly selective presentation of local Jewish life.

It turns out that unlike literary predecessors such as Isaac Babel and Chaim Nachman Bialik, who wrote about Red Army pogroms against Jewish populations in the region, in his story Grossman simply revisits the theme of how in 1920 Berdychiv’s Jews helped battle the invading Polish army. Even more conspicuously, Grossman’s writings from this era overlook a massive national tragedy, one affecting not just Jews. From 1932 to 1933, Ukraine suffered from a widespread famine caused by Stalinist agricultural policies. This cost the lives of well over 1 million people.

Some estimates of mortality exceed 7 million — historian Robert Conquest even doubles that figure — and in 2008, the European Parliament adopted a resolution that recognized this Stalin-made famine as a “crime against humanity.” This highly visible suffering is nowhere described in Grossman’s writings of the time, not even in private letters written to his family while traveling through Ukraine. Markish and Anissimov concur that though he must have witnessed atrocious hardships, Grossman showed loyalty to the regime, which officially denied the existence of any famine in Ukraine by never describing it in writing.

By swallowing the rigid rules of socialist realism in literature, Grossman was permitted to publish his early fiction. Yet, as Markish points out, “Most distressingly, even after the war, [Grossman] never disavowed these stories and he intended to have them reprinted.” Efim Etkind, the Russian Jewish author of “Notes of a Non-conspirator,” which appeared in 1978, echoed this view that in his early publications, Grossman “voluntarily, without the least hesitation, donned the corset of [Soviet] ideological orthodoxy.” Only after the historical upheaval of the Holocaust would Grossman become more acutely expressive of his Jewish identity and of the sufferings of his people under Stalinism.

In 1941, the Nazis exterminated about 25,000 Jews who remained in the Berdychiv ghetto, including Grossman’s mother, Ekaterina Savelevna. Although confirmation of this tragedy would only come in 1944, Grossman’s quasi-certainty of his mother’s fate colored his wartime journalism, which has been collected in “A Writer at War: A Soviet Journalist With the Red Army, 1941–1945,” out from Vintage in 2007. Here, Grossman’s writings focus on heroic Jewish efforts to support the Soviet-armed struggle, as when poet and journalist Iosif Utkin was gravely wounded while reporting on Red Army maneuvers. Grossman notes that a female surgeon marveled about Utkin: “While I was carving him up, he recited verse to me!”

Yet curiously, Grossman made no mention either in his private writings or published articles about the 1942 formation of the Jewish Anti-Fascist Committee, co-chaired by actor and director Solomon Mikhoels. The committee would mobilize world opinion significantly against the Nazi foe. Instead, in his notebook, Grossman described one Soviet army interpreter as “a semi-literate Jew who spoke in Yiddish.” The fact that the interpreter spoke Yiddish instead of Russian was enough for Grossman to imply that he was insufficiently educated. Elsewhere, Grossman reports, but does not challenge, one Russian captain’s implication that Jewish soldiers were not fighting as fiercely as they should have been.

By 1944, Grossman’s ambivalent descriptions of Jews would mostly be a thing of the past. Learning about his mother’s murder and getting a better idea of the full amplitude of the Holocaust changed Grossman’s ambivalence into advocacy. Indeed, in postwar works, Grossman would do more than boldly conjecture what was going on inside the heads of Hitler and Stalin; he even attempted to describe in “Life and Fate,” based on his training as a chemist, what it felt like to be murdered in a gas chamber.

Grossman also reported in highly emotional terms on the Red Army’s liberation of the Treblinka and Majdanek extermination camps, and he was a co-author of an attempt to document the Holocaust, “The Black Book.” It would be published in only the Russian language, in Ukraine in 1991 and in Russia in 2010. In 1952, postwar anti-Semitism led the USSR to demand that not just Grossman, but also prominent Jewish musicians such as violinist David Oistrakh and pianist Emil Gilels sign a letter decrying Zionists as “allies of the rich and ignoble enemies of Jewish workers.”

Despite such low points, Grossman continued his literary projects, inspired by a 1955 visit to Moscow’s Pushkin Museum. There he was transfixed by Raphael’s “Sistine Madonna,” then on view as war booty although it would later be returned to its prewar home in Dresden, Germany. Grossman interpreted the famous Italian Renaissance canvas as a tragic Jewish story of maternal love, which he associated in his mind with imagined scenes from the gas chambers of Treblinka. This appropriation and blending of heart-wrenching themes provided the groundwork for Grossman’s later literary achievements. In terms of his own Judaism, as well as his relationship with Stalinist power, he thus slowly and painfully evolved toward a clear break with the conventional attitudes expressed in the first part of his literary career. Some literary dissidents are made, not born.