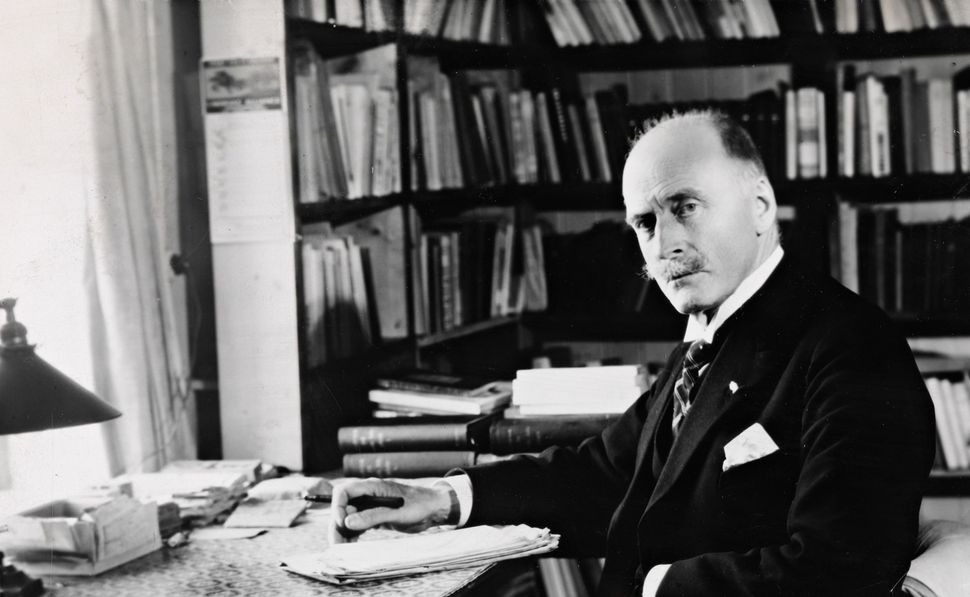 This week actor Al Pacino, a cinematic legend, canceled his participation in a Danish theater adaptation of Knut Hamsun’s novel “Hunger” (1890). The reason, said the Aveny-T theater’s manager, Jon Stephenson, was that Pacino “couldn’t come to terms with Knut Hamsun’s support for the German occupation and Nazism.” And while there’s no question that Hamsun’s seduction by the Nazis is a black mark on his character, it’s not clear that refusing to participate in his artistic achievement is a viable way of fighting the kind of cultural totalitarianism promoted by the Nazis.

It’s difficult to overstate the influence that Hamsun had on modern literature, even though he is little read today in the United States. Together with Dostoevsky, Hamsun is credited with ushering in the modern novel. But whereas Dostoevsky wrote long works with large casts of characters seeking faith in a world saturated by suffering, Hamsun’s wrote shorter novels of individual alienation and anxiety.

His characters oscillated between manic bouts of all-powerful enthusiasm and depressive episodes of powerless anger and despair. They teetered between belonging and rejection, seeking acceptance from society and never feeling like they fit into any community, embodying a kind of frustration that resonated with readers all over the world. Hamsun was also extremely prolific — he published 28 works in the 30 years between “Hunger” and “The Growth of the Soil,” the epic novel that won him the Nobel Prize in 1920.

Hamsun had never been a populist but his fall from grace came during the Second World War, when he publicly supported the Germans and met with the highest ranking Nazi officials, including propagandist Joseph Goebbels and even Adolf Hitler. In his introduction to Robert Bly’s 1967 translation of “Hunger,” Isaac Bashevis Singer refers directly to these events: “It was a sad day for many of Hamsun’s followers when his picture greeting Hitler appeared in the newspapers. In it, Hamsun’s face reflected shame while Hitler looked at him mockingly.”

Seeing this picture must indeed have been sad for Singer who, in the 1920s, while still living in Warsaw, translated three of Hamsun’s novels into Yiddish. Reacting to this turn of events, Singer wrote three articles in the Forverts spanning 15 years. The first was in July 1943, when the picture itself appeared, and was titled “Knut Hamsun, Greatest Norwegian Writer, Pals With the Nazis.” The second appeared in February 1952 and was called “The Tragedy of Knut Hamsun.” The third, published in November 1967, was titled “Knut Hamsun and his Path in Literature” and it became the introduction to Bly’s translation, where Singer wrote that Hamsun was “guilty of a most tragic mistake.”

Singer — who’d left Poland just a few years before the Nazi invasion, lost much of his family and friends in the Holocaust, and based many stories on the lives of survivors — was able, during the immediate postwar period, to separate Hamsun’s Nazi sympathies from the significance of his literary achievement. Yet Al Pacino, in 2015, is unable to “come to terms” with Hamsun’s Nazi past and canceled his participation in a production of one of Hamsun’s most significant works.

This raises questions about how we relate to the problematic crossroads of art and politics. Is it that, from a historical distance, it becomes increasingly important to reject those artists who made “tragic mistakes” in their political choices? Or is it, rather, necessary to preserve the memory of these problematic cases as cautionary tales while maintaining access to the artistic works? And does one have to “come to terms” with Hamsun’s Nazi past in order to play in a stage adaptation of “Hunger”?

There is no simple answer to these questions — and other prominent examples certainly exist. Martin Heidegger, the German philosopher, has largely been exonerated despite the fact that he not only met with Nazi officials but became one himself. Paul de Man, the Belgian literary critic and close friend of Jacques Derrida, was widely criticized after the discovery of hundreds of articles written for a Nazi collaborationist newspaper during the Second World War. Both men were prominent thinkers and both made extremely questionable choices in their affiliations and actions. But the real issue might come down to something more subtle: Whether theirs were “tragic mistakes” or expressions of consistent or even intentional moral failings. And did their writings express or embody the kinds of moral failings that they themselves exhibited?

Another issue raised by Hamsun’s support for the Nazis is his mental health. An author is never identical to his narrator, but a close reading of Hamsun’s “Mysteries” (1892) suggests that Hamsun was familiar with the tendencies of both schizophrenia and manic-depression. He also had enough self-awareness and self-criticism to question these tendencies and to portray them in literary terms.

But the nuanced portrayal of emotional and cognitive processes disappeared in his later work. In his introduction to “Hunger,” Singer writes that “the novel that won [Hamsun] the Nobel Prize … marked the beginning of his literary decline.” It also seems to have marked the beginning of his moral and mental decline. Hamsun was 86 when the war ended and the Norwegian authorities arrested him for treason. He was diagnosed with mental illness and committed to a hospital until the end of his life in 1952.

Doubt about his sanity later in life cannot exonerate his Nazi leanings — not every mentally ill person loved Hitler and wrote gushing obituaries referring to the “sentimental rousing [of] his life and deeds.” But his compromised mental state suggests that the sensibilities of the man who wrote nearly 30 books between “Hunger” and “Growth of the Soil” were not the same as those of the man who was photographed with Hitler.

Singer’s defense of Hamsun’s artistic significance, despite his support for the Nazis, should give us pause before we reject everything the Norwegian author ever wrote. Jews have historically been able to separate the anti-Semitic wheat from the chaff. In Leonid Tsypkin’s “Summer in Baden-Baden” (1980) — a novel that imagines the relationship between Dostoevsky and his second wife, Anna Grigoryevna, during his worst gambling period — the Soviet Jewish scientist notes that many prominent Dostoevsky scholars are Jewish, despite the Russian author’s anti-Semitic writings. This question is raised nearly every time a Jew speaks admiringly of Dostoevsky. But even anti-Semitism is not as simple as merely hating the Jews. Dostoevsky hated the Poles, the Germans, and the French. And most of all he hated himself. So he hated the Jews too — which means he didn’t discriminate.

Dostoevsky also hated communists and radicals. And it’s very likely that, had he lived to see the horrors of Stalin, he could have deceived himself into thinking that Hitler would save Russia from the Soviet nightmare into which it had fallen. This is the same logic that Singer followed with regard to Hamsun, who he says “deceived himself into thinking that Nazism would spell the end of the left-wing radicalism which repelled him.”

Singer was himself an ardent anti-Soviet — but that didn’t make him a Nazi supporter. He was equally wary of all political movements whether on the left or the right. But this kind of independent thinking also allowed him to look closely and deeply at the influence of an author like Knut Hamsun. And to see that, behind the loathsome Hitler supporter, was an aging artist who had greatly influenced the way that modern literature conceived of the individual’s place in society.

David Stromberg is a writer, translator and literary critic based in Jerusalem. He is currently editing a collection of essays by Isaac Bashevis Singer.