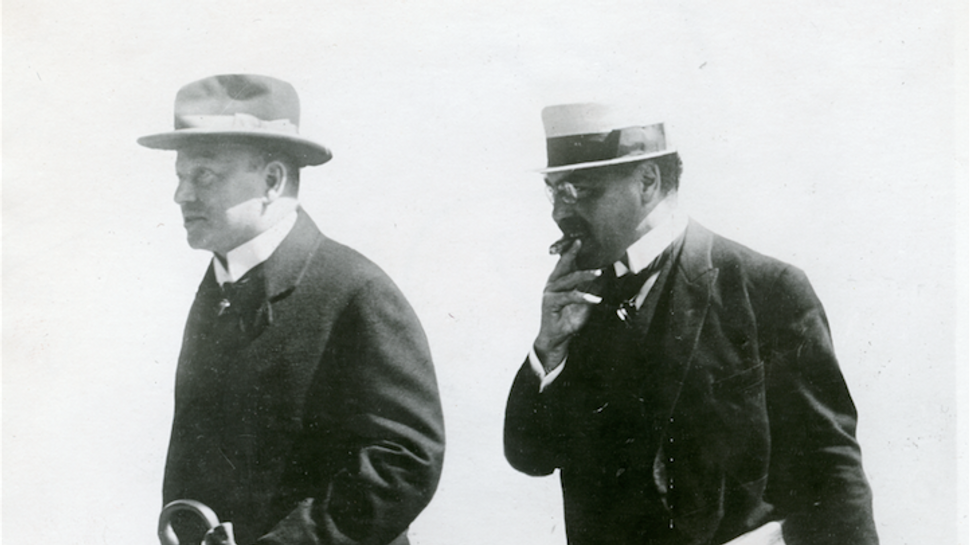 American Jews are terribly upset over the death last week of the writer Sholem Aleichem. Those who live nearby mobbed his home in the Bronx to see the body of their most beloved writer. People arrived from as far away as Philadelphia, Boston and Toronto to pay their respects. From early morning until late at night, at least 15,000 people filed past the body as it lay in state in his home and the street in front of the house was packed with people for many blocks. Sholem Aleichem, the genial joker, the artistic humorist who made the whole world laugh, lay silently as mourners walked by, his death a terrible blow to the Jewish people. As soon as the news was known, thousands of letters and telegrams mourning the great writer began streaming in from all over the world. The funeral itself was one of the biggest that New York City has ever seen — with hundreds of thousands following the procession from the Bronx to Harlem, down to the Lower East Side and over the Williamsburg Bridge to Mt. Neboh Cemetery, in Brooklyn.

The 350,000 Jews living in Morocco, Tunisia and Algeria are living in fear in the wake of new developments in the Arab Middle East and the implementation of anti-Jewish laws in Vichy France that are also becoming a reality in the French colonies. Following the lead of the Petain government, government agencies in Casablanca, Morocco, have begun investigating foreign Jews, most of whom are refugees. A number of foreign Jewish families were arrested and sent to internment camps. At the same time, anti-Jewish propaganda is being spread by German “tourists” among the Muslim population in Morocco and in other parts of North Africa. Some of this propaganda includes false information, such as revealing that the Jews of Iraq and Palestine are spying for England and working against the Arabs.

According to Ahmed Shukri, the representative of the Palestinian Arab Delegation at the United Nations, a blood bath will soon occur in the Holy Land and it will be the fault of American Jews. Those in U.N. circles are already familiar with Shukri’s hateful outbursts, but this one surpassed his usual vitriol. In an open letter, Shukri wrote that the country of Israel was stolen from the Arabs and from Christians 18 years ago, but that — in the very near future — the Arabs would take it back. The letter also blamed American Jews for dragging their country into two world wars at the behest of Zionist demands. Shukri demanded that America solve the Israeli-Arab conflict by forcing Israelis to immigrate to other countries, where, he said, “they can live better and more comfortably.” He added that if “American Jews do not root out the Zionists among them, they will not be able to live as free citizens in America.”