How One Israeli Grocery Bag Solves A Vexing Dating Dilemma 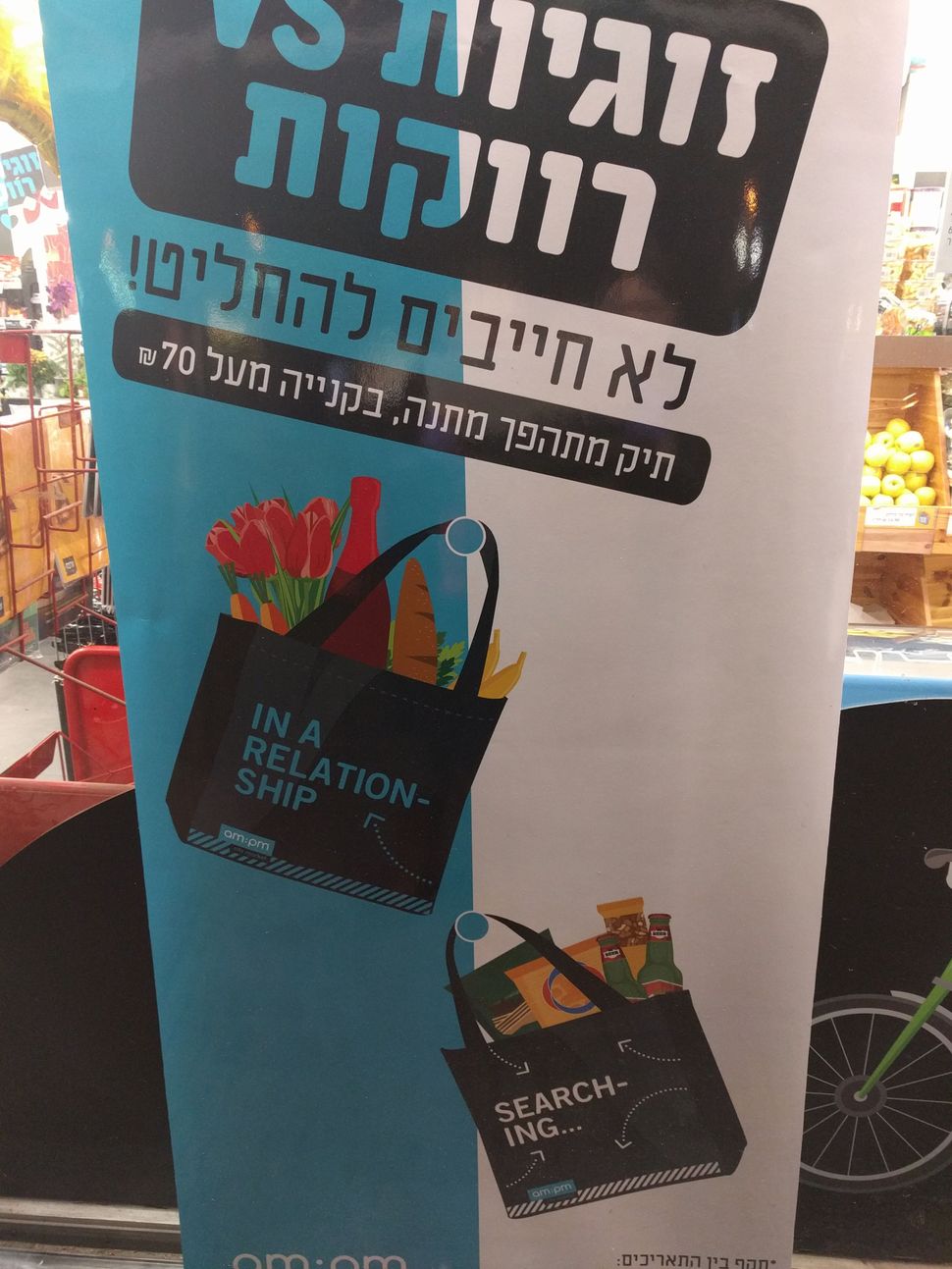 Ever wish you could tell at a glance if someone was single or not? A Tel Aviv convenience-store has a novel solution to this problem.

Tel Aviv is known for its nightlife and its large number of single residents, but Israel itself is a family-centric culture. The divide between solo freedom and traditional home life has been captured on a reusable grocery bag being distributed by AM-PM, a chain of convenience stores that is somewhat similar to America’s 7-11 — with a far larger and fresher produce selection.

The Hebrew ad pushing the two-sided bag from AM-PM reads: “Coupledom vs. Singlehood – You Don’t Need to Decide! The gift bag flips!”

The bag has two sides. On one side, it says in English “In A Relationship” and on the other it says “Searching…” 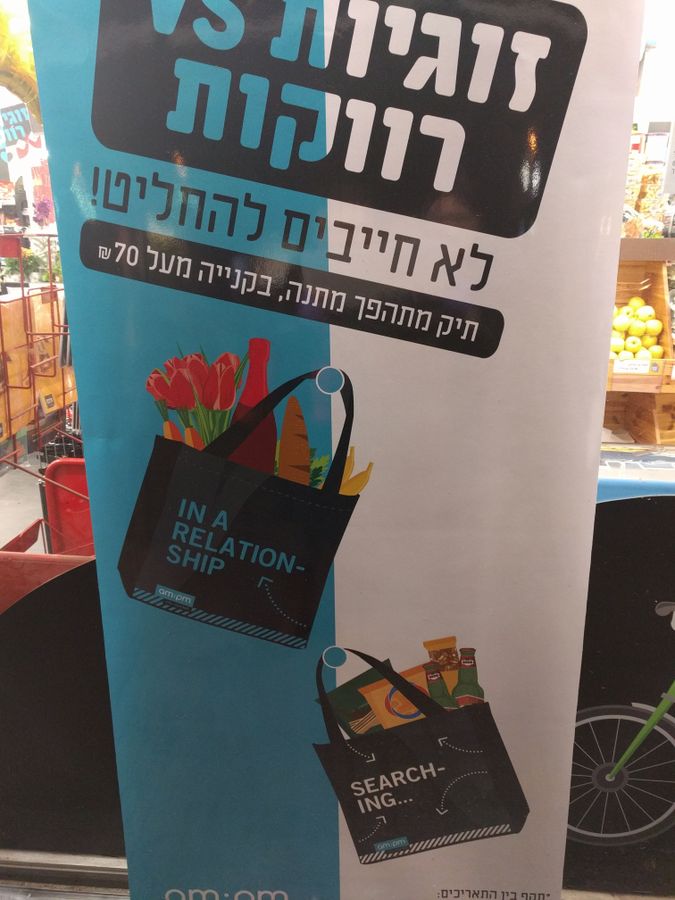 If only it were so easy to tell who was truly available. For those who spend more than 70 shekels at the store, the bag is free.

The bags have been dotting the city since a few days before Valentine’s Day, when they were introduced. No statistics are available on whether carrying a bag that says “Searching…” works.

Aviya Kushner is The Forward’s language columnist and the author of The Grammar of God. (Spiegel & Grau). Follow her on Twitter at @AviyaKushner

How One Israeli Grocery Bag Solves A Vexing Dating Dilemma