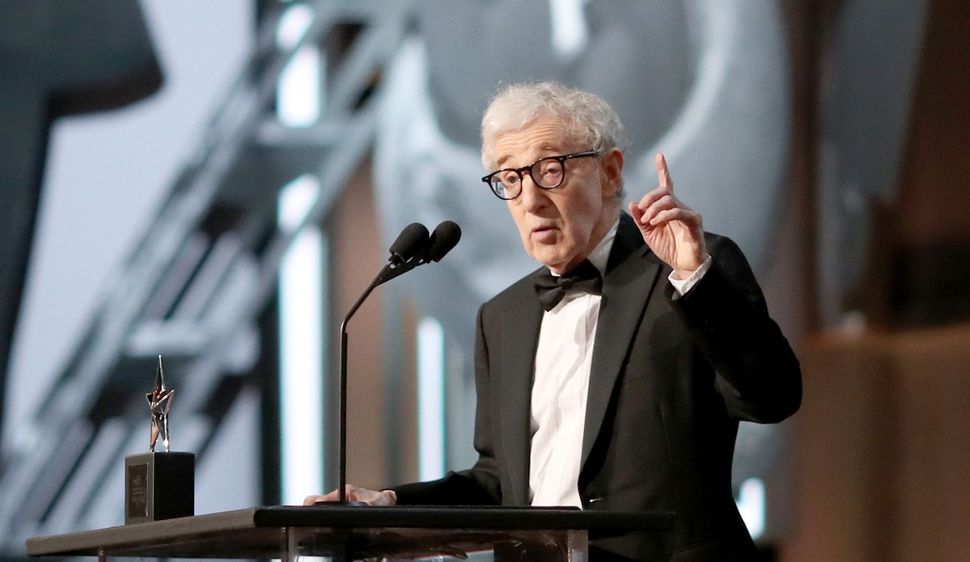 “Rainy Day” has a troubled history — following a four-picture agreement Allen signed with Amazon in 2017, the studio pulled its distribution of the movie in the United States and subsequently canceled their deal with the filmmaker. Allen then brought a $68 million lawsuit against the studio; most of the claims of which have since been dismissed. Allen’s fall from favor with the filmmaking arm of the online retailer reflects the sea change surrounding the director’s life and legacy. Allen’s comments in the wake of the #MeToo movement, as well as his response to renewed allegations of sexual abuse made by his daughter Dylan Farrow, likely added fuel. Allen denies all claims of wrongdoing, but Amazon maintains his conduct hobbled the promotion of his last release with the studio, the 2017 film “Wonder Wheel.”

Allen’s film’s plot, concerning a college journalist (Fanning) who becomes romantically involved with a series of much older men in the film industry, seems tin-eared given the current state of sexual politics. The conceit is all the more uncomfortable given recent allegations of statutory rape made against the director, not to mention Allen’s long, documented record of apparent sexual interest in teenager girls. (Also, the entire film “Manhattan”.)

While some Allen collaborators, like Javier Bardem and Gina Gershon have defended the director, “Rainy Day” actors including Chalametand “The Tick” star Griffin Newman have voiced their regret for working with him and donated their salaries from the film to charities combating sexual abuse.

But Europe has been more hospitable to Allen, recently welcoming his operatic directorial debut at La Scala (where Allen commented that he always had “a warm and affectionate following in Europe.” ) His next film, “Rivkin’s Festival,” is currently filming in San Sebastian, Spain, backed by the Spanish production company Mediapro.

At a July press conference ahead of production on “Rivkin’s Festival,” Allen stated he had not heard of any plans to release “A Rainy Day” in the United States. “I have no control over that,” he said. “I can only make the film and hope that people will enjoy it.”

Mars Films will release “A Rainy Day in New York” locally in France on September 18, making the country the first major market to see the film. A rollout by other European distributors is set to follow.