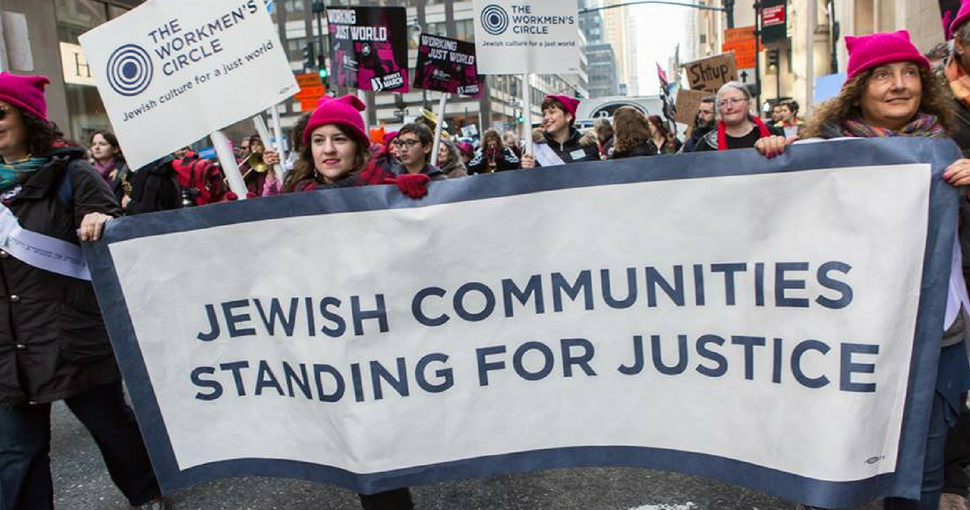 One of the oldest Jewish American social justice organizations is celebrating its 120th year by showing it can still keep up with the hip, young nonprofits. The Workmen’s Circle, which has served Jewish and immigrant communities in New York for over a century and was a sister organization of the Forward for nearly as long, has chosen a new, gender-neutral title: The Workers Circle.

Executive Director Ann Toback, who is the first woman to lead the organization, announced the name change at an annual benefit on December 2. Connecting this decision to the organization’s deep roots in progressive politics and labor activism, she said the new name “reflects both our origin and our contemporary ideals.”

The new name may even be a more accurate translation of the organization’s original Yiddish title, Der Arbeter Ring, as “arbeter,” which means “worker,” is a gender-neutral noun.

The nonprofit formerly known as the Workmen’s Circle was born in 1900 as Jewish immigrants arrived in America and faced discriminaton, harsh working and living conditions, and the challenges of assimilating to a new society. Now, the organization runs Jewish schools, organizes Jewish trips to Europe, and offers Yiddish instruction. It also advocates for today’s immigrant populations, most recently campaigning for living wage laws and New York’s “Greenlight Bill,” which allows undocumented immigrants to obtain drivers’ licenses.

With this move, the Workers Circle joins a handful of other organizations that have altered gendered names. In 2019, Boy Scouts of America changed its name to Scouts BSA as it began accepting girls for the first time, while the former Patrolmen’s Benevolent Association, New York’s largest police union, became the Police Benevolent Association.

“We are all workers, after all,” says Toback.