In ‘Chained’ a power-mad cop loses control of his family 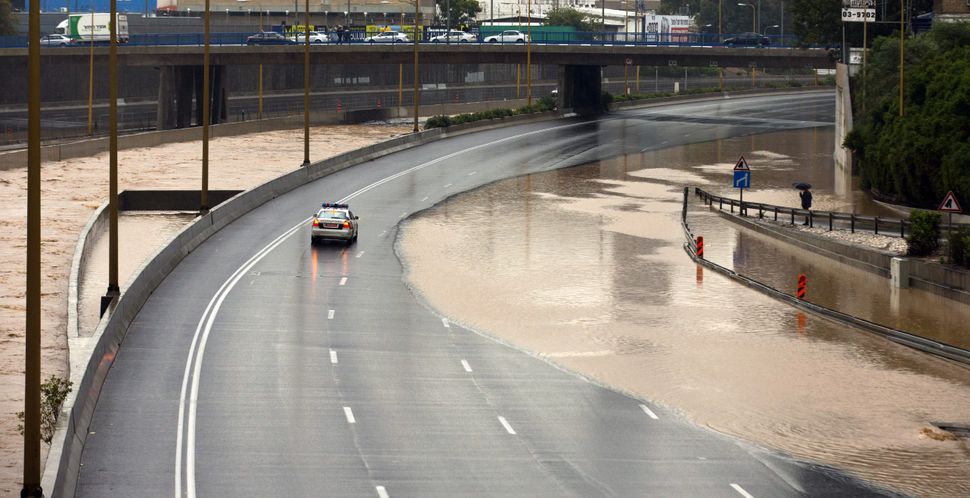 Love can be tough, and tougher still to watch.

In Yaron Shani’s “Chained,” we witness, from suffocating angles, how one man’s intense brand of caring and need for control destroys his world.

The film, which is streaming online as part of the Manhattan JCC’s virtual Israel Film Center Festival June 10 and 11, is the second installment of Shani’s “Love Trilogy,” which, through shared characters and plot, examines love from various, vulnerable vantages. “Chained” follows Rashi (Eran Naim), a veteran Tel Aviv cop with unyielding ideas about family. But despite his best efforts, he can’t control everything in his life.

In the opening scene, he breaks the hand of an abusive father who locked his battered eldest son in the bathroom. The following day, Rashi and his wife learn that she’s miscarried.

“There are parents who have kids and they abuse, neglect them,” Rashi tells his wife, Avigail (Stav Almagor). “But we, who can be good parents…” A silence rests between them, but Rashi’s own potential as a parent is evident.

Supervising a professional photo shoot of his 13-year-old stepdaughter, Yasmin (Stav Patay), he insists on his terms — that she not wear a bathing suit or revealing clothes for the photos and he will stay for the duration. While giving this dictum, he receives word that there’s been a complaint made against him. Two teens who he searched for drugs claim he sexually assaulted them by having them remove their underwear.

Rashi fails to see how his handling of the situation — or indeed any, is an abuse of power. Placed on leave and without civilians to boss around, he continues to manipulate his wife, whining and refusing to eat until she babies him. He pries Yasmin off a park bench in front of her friends when she breaks curfew. He plants himself by the apartment door, refusing to budge until Yasmin becomes the perfect daughter and Avigail the model wife and mother.

This intransigence, conveyed in tantrums, shows of force and bullish persuasion is filmed in a documentary closeup, obscuring others in the scene and rendering a discomfiting subjectivity to Rashi’s maneuvers.

“In Rashi’s lexicon, there is no ‘time out,’” he warns Avigail before agreeing to leave for a few days until Yasmin, who’s threatening to run away, calms down. It’s as if the character himself insists on being the focus at all moments.

The magic trick of “Chained,” and its unflinching commitment to Rashi’s perspective, is that sympathy — if not empathy — naturally arises, leaving the viewer as blind to other people as he is. Thankfully the trilogy has a counterpoint, last year’s “Reborn,” that follows Avigail’s life during the same period, offering insight to her offscreen actions.

Credit goes to Shani’s unorthodox process. The cast is made up of non-professional actors playing versions of themselves and each worked with the director to develop the story line. The end result is something that — with blurred bits of anatomy and repeated lines of dialogue — has a jagged edge of verisimilitude.

Though the film can be artfully unrefined it holds together as a character study of an under-examined breed of abuser. Rashi sees himself as superior to a man he busted for beating his son. His own track record of emotional abuse strikes him as an act of protection against the horrors he sees on the job — the bruised child, the kids doing drugs in the park, the domestic dispute that ends in tragedy.

But he can’t protect his family from its biggest threat: himself.

In ‘Chained’ a power-mad cop loses control of his family