Behind a viral slap, a disturbing antisemitic history 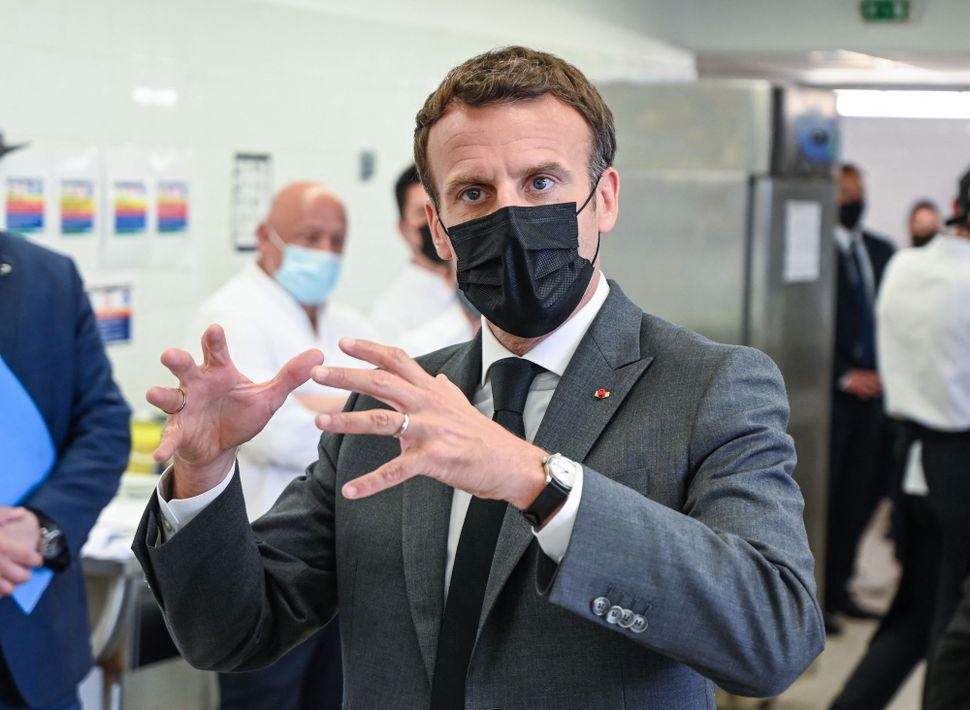 It was the face slap that launched a thousand video clips.

During a visit last week to the southeastern French town of Tain-l’Hermitage, President Emmanuel Macron waded into a bain de foule or a “crowd bath” — the tradition of politicians walking the streets, greeting voters and shaking their hands.

Rather than taking Macron’s hand, however, one bystander slapped the president across the face. Security guards quickly hustled away the assailant, as well as a friend who had videoed the act.

Macron understandably refused to make much of the event. In an interview, he insisted that it was an “isolated” case. No less understandably, however, other politicians and pundits have made much of it. The former multiplied their denunciations, the latter made their diagnoses, and all seemed to agree the collapse of the French Republic was imminent. As prime minister Jean Castex declared, the “very foundations of democracy” were threatened. 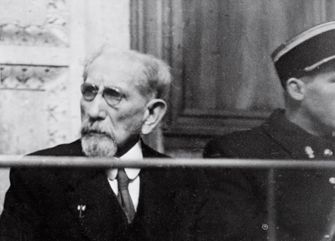 Royalist and Reactionary: Charles Maurras despised the revolution of 1789 and its embrace of equality, liberty and fraternity. By Getty Images

Of course, the very nature of democracy means its foundations are never secure. As the last half-dozen years in our country reveals, no matter how rigorous and robust its laws, a democracy lives and dies by the character of its citizens and their representatives. This is not to dismiss the significance of this act. While one slap will not fracture any foundations, this event nevertheless marked a particularly disturbing moment in an age of already great political disturbance. But commentators have mostly missed two crucial elements to this gesture. Not only is the nature of this slap as much a political ritual as the bain de foule, but it happens to lead to yet another political tradition in France — namely, antisemitism.

First, we have what the French variously call *“baffe,” “claque,” “gifle,” “bâfre,” or “tarte.” There are yet other words in French for “slap,” making it hard not to wonder if the gesture carries a good deal of history and a great deal of symbolism. (Perhaps more so than, say, in our country where it seems a slap is a slap is a slap.)

In this case, the symbolism goes back a hundred years to the heyday of the Action française. Founded during the Dreyfus Affair, this extreme rightwing movement was the baneful brainchild of Charles Maurras. Royalist and reactionary, Maurras despised the revolution of 1789 and its embrace of equality, liberty and fraternity. Predictably, he also despised the Jews enfranchised by the revolution. A thinker who saw conspiracies wherever he looked, Maurras believed that Jews, transformed into legal citizens, were in fact poisoning the real France.

For Action francaise, politics was strictly a street affair. Led by thugs known as the Camelots du roi, the movement kept itself in the headlines by bashing in the heads of the police and the political leaders they were trying to protect. In 1910, the Camelot du roi Lucien Lacour delivered to an infamous slap to the face of Aristide Briand, one of the great pillars of republican politics.

In 1936, it was more than a slap. A mob of Camelots assaulted and nearly killed Léon Blum, who survived to become France’s first socialist and Jewish prime minister later that year. 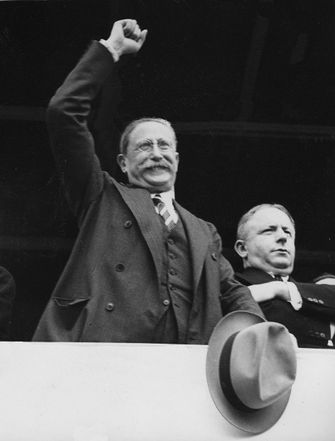 Survivor of an Assault: Leon Blum went on to become France’s first Jewish and socialist prime minister. By Getty Images

Predictably, Maurras became an official ideologue for the collaborationist and antisemitic Vichy regime, whose creation he considered to be a “divine surprise.” No less predictably, he was found guilty of treason in 1944 — he shouted “It’s Dreyfus’s revenge” when the sentence was announced — and died soon after his release from prison in 1952. As for his movement, it now has little more than a vestigial online presence. Unhappily, the same cannot be said for its worldview. The belief that conspiratorial elites rule France, the visceral hatred of the Other (with Muslims now joining Jews) and the cult of violence that flourishes in the virtual world keeps leaking into the real world.

Just ask Macron’s assailant, Damien Tarel, now serving a four-month prison sentence. Police not only discovered a cache of old swords and antique firearms at Tarel’s home, but also his fascination with medieval history. A version of the past not found in history books, but instead in the darker and more dismal corners of the Internet. Tarel followed and “liked” a mashup of royalist fantasies and racist filth filtering across Facebook, YouTube and other online platforms. (There were a few items on more traditional platforms, like a copy of “Mein Kampf” that was also found at Tarel’s apartment.)

When he slapped Macron, Tarel shouted “Montjoie, Saint Denis!” The words revealed his confusion between coherent and comic versions of the past. At his trial, he insisted the words were a medieval call to arms. It is far more likely, though, that Tarel took the line from the 1993 French film classic, “Les Visiteurs.” A 12th century knight (played by the priceless Jean Reno), inexplicably finding himself heaved into the 20th century, bellows the words as he charges, in full medieval armor, a line of seriously confused gendarmes.

It is tempting to laugh off Tarel as an equally confused young man who took cosplaying too far. But the growing popularity of far-right YouTube videos in France that traffic in “identity politics” — the virtual world known as the “fachosphère” — quickly makes the laughs sound hollow. In a typical hurrah, Valek, a YouTube star with more than 300,000 followers, recently celebrated the “1,600 years of whiteness and Christianity that stretch behind France.” it is hard to know whether to laugh or cry. Or we can do what the French police are now doing—take all of this seriously. According to the government’s counter-terrorism officials, there is a growing rapprochement between French ultra-right and Islamist jihadist online sites.

In an instance where extremes meet, both camps “advocate violence as a solution to the perceived decadence of their societies.” If we do not continue to take all of this seriously, it might lead to the revenge of Maurras.

Behind a viral slap, a disturbing antisemitic history