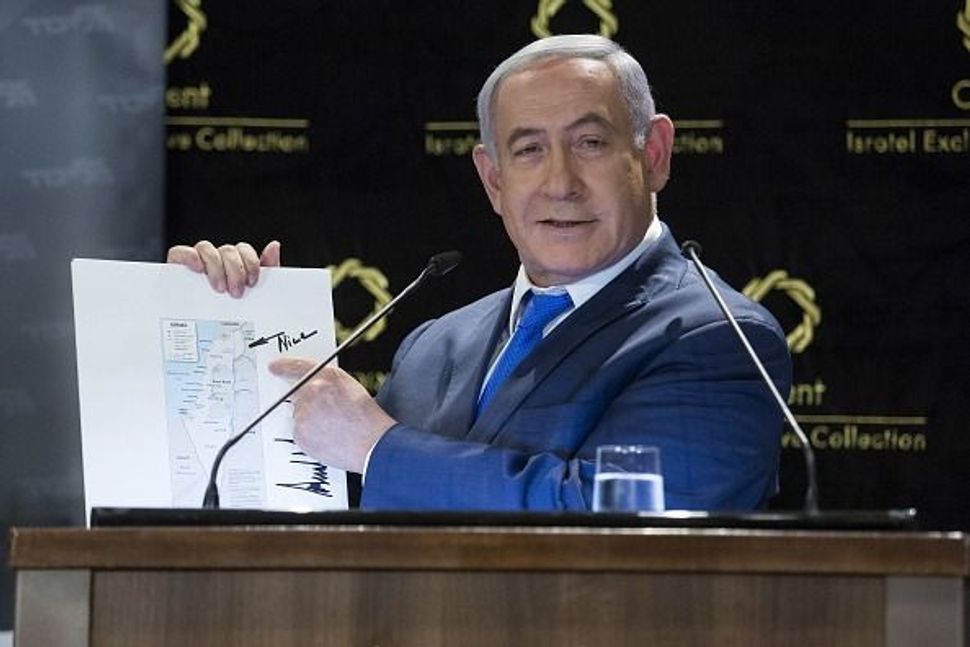 Three sides of Likud’s 15-story headquarters in Tel Aviv feature a photo of Netanyahu with each world leader. A Likud spokeswoman told the Post that there would be no poster on the fourth side “for now.”

The posters also caused a protest on Sunday by forty Russian-speaking Israelis who were upset by Netanyahu promoting his ties to Putin.

From #Israel: The Headquarters of the @Likud_Party of Prime Minister @netanyahu has a massive photograph of PM @narendramodi with Netanyahu as part of their election campaign. Photographs also with Trump and Putin. Election video just released. pic.twitter.com/IuopZKK0FL