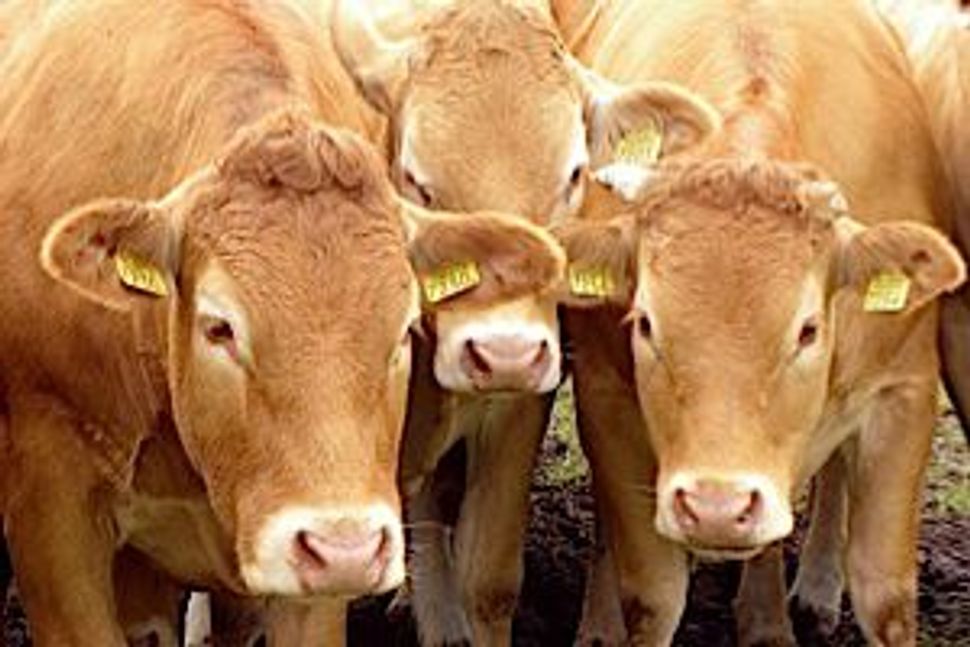 Local kosher and halal meat may not be available for long in the Netherlands. Dutch lawmakers voted today to approve a law proposed by the Dutch Animal Rights Party that would ban kosher and halal slaughter, CNN’s Belief Blog reports.

The bill requires that animals in the country be stunned or anesthetized before being slaughtered. Animal rights activists argue that this method causes the animal the least amount of pain. However, kosher (and halal) meat can only come from an animal that has been slaughtered according to religious law, which prohibits stunning.

The Dutch Jewish community, which numbers 40,000, has protested the bill as a violation of religious freedom. Marianne Thieme, head of the Animal Rights Party, says that humane treatment of animals must trump religious freedom. Speaking to the house before the vote she said: “This way of killing causes unnecessary pain to animals. Religious freedom cannot be unlimited. For us religious freedom stops where human or animal suffering begins.”

The law currently leaves a small loophole that would allow kosher slaughter if religious groups can prove that the means cause as little or less pain to the animals as stunning. However, it remains unclear how to prove this. The Jewish community is currently challenging a study on animal pain which helped propel the passing of the bill.

UK Chief Rabbi Jonathan Sacks, who traveled to the Netherlands last week to join the campaigns against the bill told the The Telegraph that the greatest fear of such a bill was the worldwide effect it might have. “We are worried that [this type of bill] could spread. There has been a non-stop campaign by animal welfare activists to have all forms of ritual slaughter banned. It has to be fought everywhere because if it’s lost anywhere it has a potential domino effect.”

The bill was passed in the country’s lower house and will now be sent to the upper house for approval.