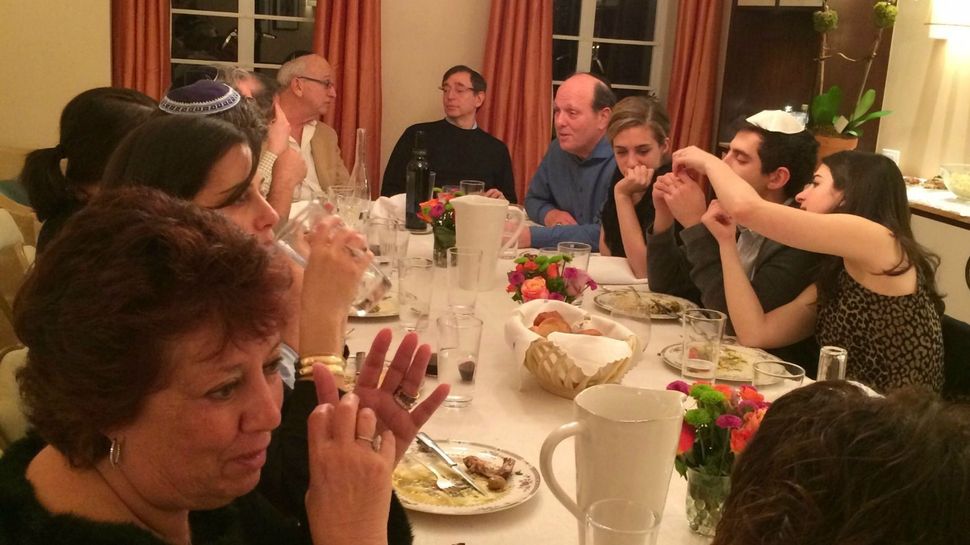 It happened again last week. The food at my Shabbat table, which was, in fact, the co-star of the evening (alongside energetic and intelligent conversation) was given only passing mention by the people who ate and enjoyed it. Ha! Little did they know how wrong they were to disregard it.

The day started early, with me in the kitchen where I proofed and punched, kneaded and braided four large challot. And then, step by measured step, the meal revealed itself out of the fresh meats and vegetables and fruits that I had gathered from butchers and farm stands: red lentil soup flavored with cumin; Moroccan chicken tagine coupled with harissa for kick and color; red wine-infused beef for those less adventurous and spice averse; a medley of orange and red and green roasted vegetables; yellow-fleshed potatoes drizzled with lemon, cider vinegar and olive oil. And finally, the desserts — mangoes and strawberries, a sweet and cool counterpoint to a parve pound cake made with coconut “yogurt.” 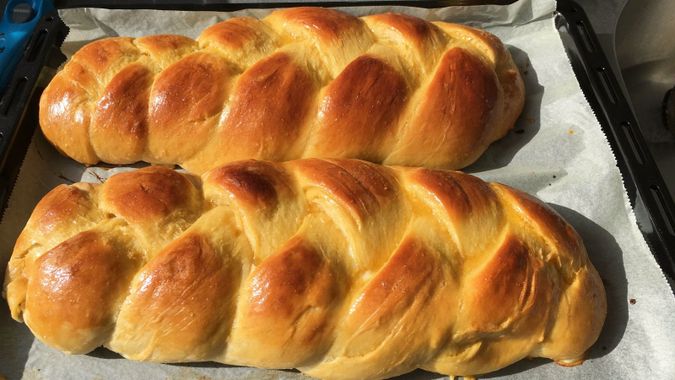 The food was good.

So good, in fact, that the 18 people who sat at our Shabbat table couldn’t stop eating. They helped themselves once, and then again, and many a third time, too.

Just as the eating didn’t stop, the conversation flowed. People ate and talked, talked and ate, laughed and drank and talked again. They were feeling the love. Their bellies were full. The Shabbat lights sparkled. We talked politics. Family. Religion. Design. You name it; we touched on it. It was all that is beautiful and warm and alive.

Not long thereafter, when the notes came in, thanking my husband and me for the evening and documenting memories of a warm and engaging night, they read: “While the food was delicious, it was the conversation that made it so memorable.” And herein lies the rub: The food and the conversation were synergistic partners in a successful evening. They built on each other. The conversation was as vibrant as it was because the good food and the trio of Israeli wines and the beautiful table greased the wheels, helped our mouths to move, and opened our spirits to engage. It’s the food that made the magic happen.

There’s a reason why so much of the story of our biblical forefathers Abraham and Isaac and Jacob started with food. Remember those visitors who were welcomed to Abraham’s tent in Genesis? News flash: They didn’t sit down immediately and tell Abraham the big news about the child that his aged wife would give him. First Abraham welcomed them, fed them, offered them curds and milk and the calf that he prepared for them and then, and only then, did they tell him that fatherhood was in his future — first the food; then the convo. When Isaac blessed Jacob? Food first; blessing later. One did not come without the other.

In the days of Downton Abbey, one devoted time and attention to the perfectly pressed napkin or a handsomely and properly set table covered with an expertly prepared meal. It was expected and it was highly valued. Today, it is often seen as the stepchild to a convivial gathering. The home arts are not appreciated or are relegated to second billing. But, as former prime minister of the State of Israel Golda Meir demonstrated, bring people to your kitchen, give them a strong cup of coffee and a generous slice of home-baked cake — in a warm and lively atmosphere — and who knows where that meal will lead you. Good food, good conversation — they’re like love and marriage. It’s best to have one with the other.

To kick off your next Shabbat dinner, try this recipe for slow cooker Moroccan chicken — it’s warm and filling, intensely flavorful and a great conversation starter! And where you find good food, interesting conversation is sure to follow.

I serve this over a bed of white Jasmati rice. I pass red harissa sauce on the side.

2) Serve the chicken, sprinkled with cilantro leaves, over white rice.

Rachel Ringler is a museum docent, challah instructor and cook who has strong feelings about the important role food plays in life, in family and in community.