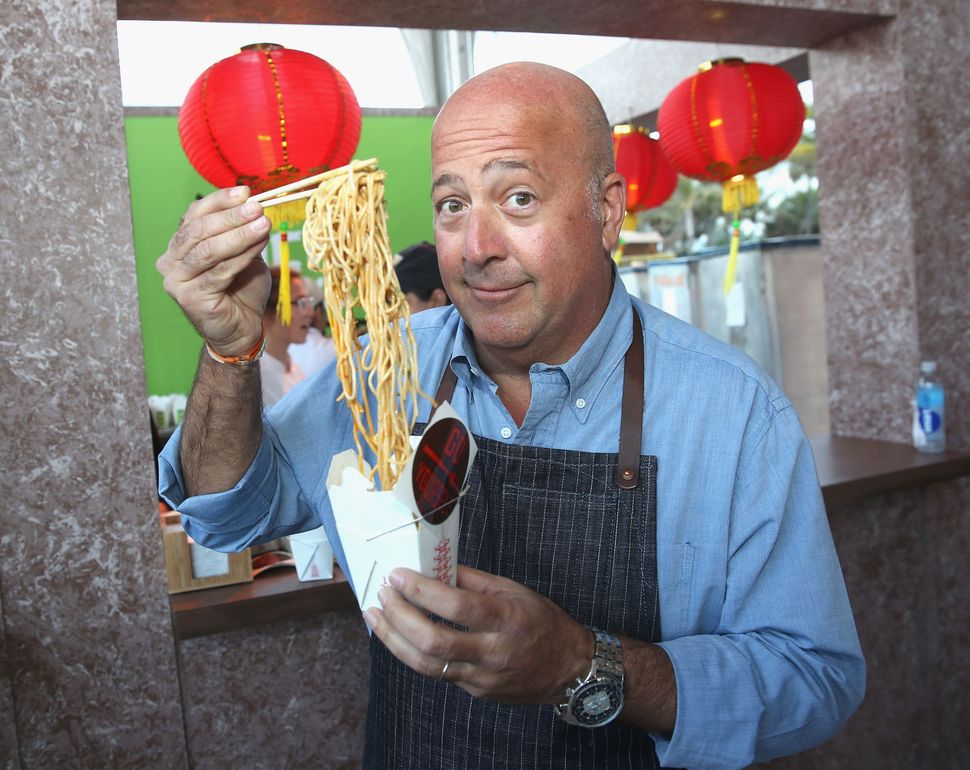 Andrew Zimmern, a chef who recently inspired controversy for some remarks about Chinese food. Image by Andrew Zimmern

Andrew Zimmern is one of the many, many men who have catapulted themselves into culinary figures of legend while being alive. Like Anthony Bourdain, Zimmern used his shady past as fuel for his narrative while achieving small screen success. Zimmern seemed like he had it made, with his Bizarre Foods show and books about culinary misadventures — but then he slipped up.

In a Fast Company interview in anticipation of the opening of his Chinese eatery “Lucky Cricket,” Zimmern managed to outrage the people who had trusted him the most, the immigrants whose food he had praised on Bizarre Foods, a show that embraced the foreign.

“I think I’m saving the souls of all the people from having to dine at these horse—— restaurants masquerading as Chinese food that are in the Midwest,” Zimmern, who is white and Jewish, infamously said.

Which is pretty offensive, given that what we think of as Chinese is more a fusion of Chinese offerings, American tastes, and tiki culture ephemera than anything else. And if Zimmern is the great educator swooping in to save the unshaven, uncultured Minnesotan masses from their own cultural ignorance, he isn’t doing the best job.

The outcry was imminent. And now Zimmern’s taking Washington Post readers on his apology tour, showing the reporter his favorite restaurants and ending with his own. “I let myself get carried away and have too much fun as opposed to realizing that I was working,” he said, later tearfully adding, “Welcome to how awful I feel.” Zimmern’s public flagellation is particularly interesting, because lesser remarks have made many a female chef disappear into obscurity. Look what happened to Anne Burrell,Ree Drummond or Sandra Lee, all chefs who’ve lost all hope of reclaiming their household name status.

The idea of authentic Chinese food is one that has haunted many a cook. In America, many foods we consider Chinese were actually created because ingredients were scarce and American audiences wanted things deep fried. Chinese American takeout is not what you would eat in China. In the 1940s, when Chinese anthropologist Fei Xiaotong visited, he wrote that, “It was called a Chinese restaurant but … nothing made me feel the slightest at home.”

It took a long time before habit-driven American consumers became comfortable with foreign foods, and before being able to master foreign cuisines was a badge of pride for chefs. But as anyone who’s ever hungrily ordered Chinese takeout on a Sunday night will tell you, Chinese food doesn’t need to be fixed and Andrew Zimmern wouldn’t be the one to do it.