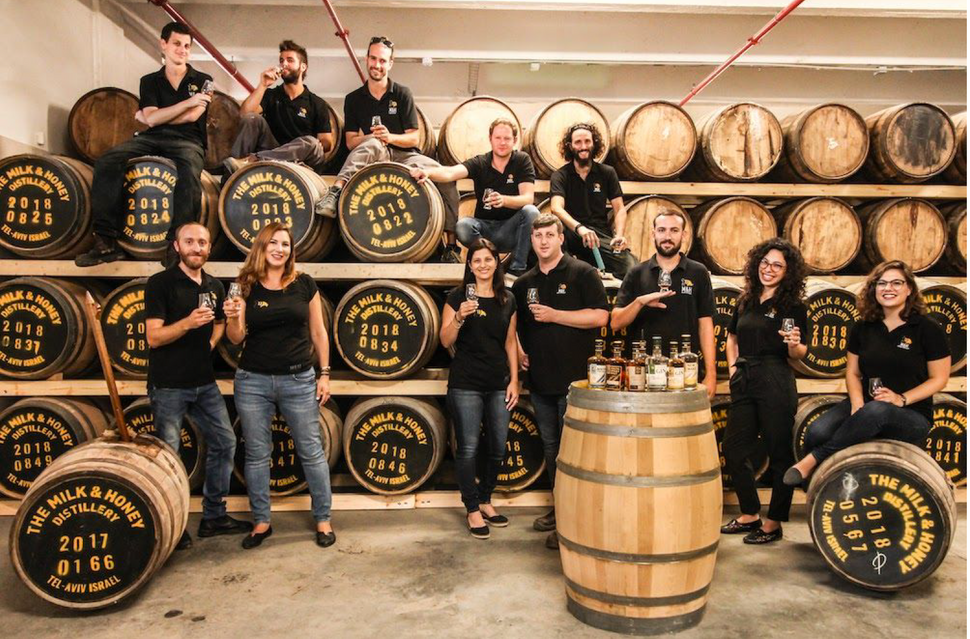 Inside the warehouse with the staff of M&H Distillery 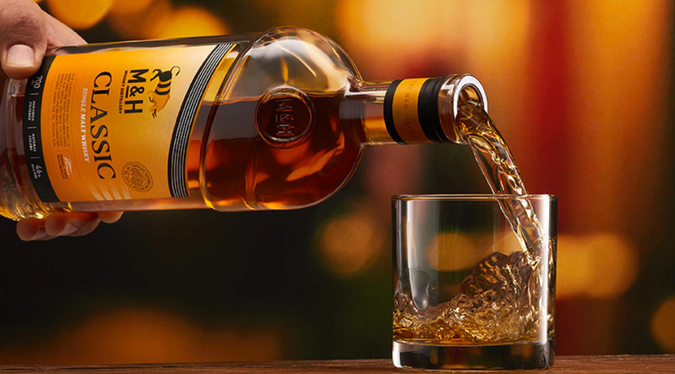 Something’s brewing in south Tel Aviv. After years of maturation, Israel’s first whiskey distillery is making its US commercial debut.

Despite the economic crunch brought on by the coronavirus pandemic, M&H Distillery started selling its freshman year whiskey in the United States in August as part of a push to distribute its liquors to a global market.

The distillery, formerly known as Milk and Honey, was founded in 2012, and for the past several years has sold its young malt spirits and gin in Israel and a growing number of countries abroad. It only started the process of making bonafide whiskey — aged a minimum of three years in oak casks — in 2015. Their first batches of whiskey were only ready in December 2019.

“For us 2020 is the year that the whiskey is ready, that we can call it whiskey,” said Eitan Attir, M&H chief executive officer.

The Holy Land has produced wine since antiquity, and modern Israeli vineyards are starting to win accolades for high-quality wines. But native craft beers and hard liquors are relative newcomers. Israel’s craft liquor industry has blossomed in the past decade. M&H is joined by around a dozen other distilleries from the Golan Heights to the Negev producing high-end grappa, gin, arak, and brandy.

Housed in an unassuming industrial block next to the newly renovated Bloomfield Stadium in south Tel Aviv, M&H touts itself as “the first-ever commercial Israeli Single Malt whiskey.” Its storerooms are lined with oaken casks filled with slowly maturing whiskey, the air inside saturated with aromatic fumes that sting the eyes. 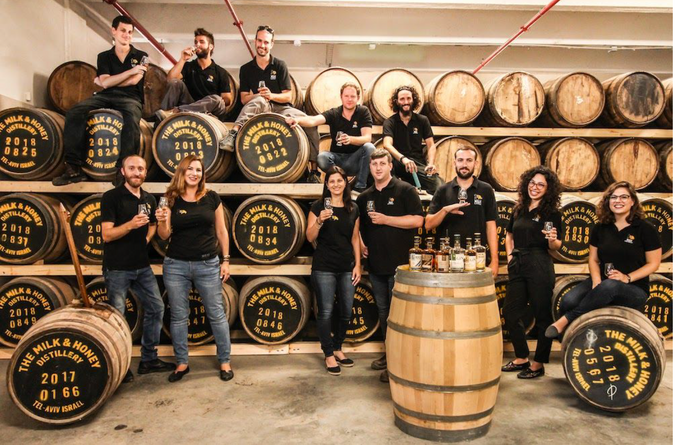 Inside the warehouse with the staff of M&H Distillery

It joins a growing coterie of “New World whiskeys” made in countries such as South Africa and India that are relative newcomers to whiskey making. Tel Aviv’s relatively warm year-round temperature helps the liquor pull flavors out of the wooden barrels more quickly than colder regions, thus reducing the time it takes to bring whiskey to maturity.

“Most people come into the whiskey industry with the idea that older is better. And that’s a misnomer,” said Robin Robinson, a U.S.-based spirits industry consultant.

A growing number from warm-climate whiskeys — Taiwan’s Kavalan and India’s Amrut, among others — have started producing vintages to rival top-tier Scotch.

While the final product remains a bit rough around the edges — a far cry from world-class Scotch whiskey — M&H’s experimental approach has started turning the heads of whiskey aficionados.

“They are presenting a really lovely structured whiskey at a younger age that shows all the promise of how good they will be as maturation develops even more,” said Robinson, author of “The Complete Whiskey Course.”

The company’s inaugural run includes its Classic, a caramelly, smooth-drinking whiskey aged in bourbon and red wine casks; a cask-strength, ferocious Apex; and three variants finished in sherry, red wine and peated whiskey barrels, respectively. The Elements Peated shines as a mildly smokey riff on the M&H flagship, its second-hand smokiness resulting from aging in casks that formerly held Laphroaig or Ardbeg.

Yoav Gelbfish, an Israel whiskey connoisseur who runs a blog titled “Whisky Gospel,” argued that M&H liquor “can give a fair fight to any standard entry-level Scotch whiskey,” but what helps set them apart is their use of repurposed casks from Israel’s already ascendant wine industry.

“The wine casks manifest with spicy notes, some chocolate and lots of red fruits and it’s surprisingly not overly sweet,” he said.

Attir said M&H brings Israel’s innovative spirit to the often tradition-bound world of whiskey. Without a deep-rooted whiskey culture in Israel, he said the company feels free to toy with variable climatic conditions and barrels to achieve different end results.

To procure sherry barrels to age whiskey in, M&H commissioned several casks from a producer in Spain and hired a rabbi solely to certify that the fortified wine met kosher standards. As part of its experimentation with climate, the distillery operates a small warehouse on the shores of the Dead Sea, whose high temperatures and air pressure affects the maturation process.

“We are on the rooftop of a hotel, direct sun for seven, eight months a year,” Attir said.

M&H is sold in 18 countries around the globe, and earlier this year broke into the U.S. market. In the past three years, the distillery has scaled up production, roughly tripling its casks in that time. Output is around 75,000 bottles per year, but Attir said that figure is set to skyrocket in the coming years as the whiskey comes of age.

With time, Attir said M&H will be able to compete with the world’s best.

“We have the patience,” he said after a sip from the Classic, “and most importantly, we want to show the world different side of Israel.”