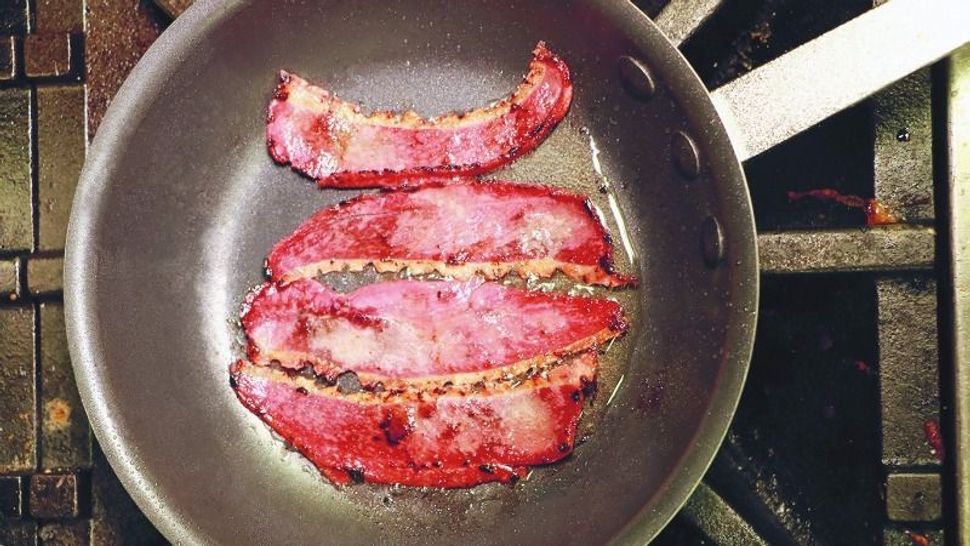 Both nights of Rosh Hashanah, we recite the shehechiyanu blessing of thanks for reaching this moment, for experiencing a new or special occasion. On the first night, we say it in celebration of the new year. On the second night, for those who celebrate two days of the holiday, the new year is no longer new per se, but tradition still dictates that we say the blessing.

You might find members of the tribe stalking the aisles of specialty grocery stores for lychee, monstera deliciosa or (for the truly brave) stinky durian so that everyone at the table can experience and bless a new flavor — and literally taste a new year.

To shake things up for 5778, we’ve collected recipes from four recently published cookbooks to help you incorporate into your menu ingredients that you may not have come across in the past. These recipes require some extra effort — blanching cardoons, waiting for babka to rise, smoking duck breasts — but hey, it’s a holiday and this is the time to impress!

Spitfire chef Jenn Louis’ second cookbook, “Book of Greens” exposes readers to, well, greens that they may not have encountered before. Leafy greens, leaves on plants and herbs form the backbone of the recipes, nearly any of which will bring a new and unexpected flavor to your table.

For Rosh Hashanah, Louis suggests steamed white fish with lemon and cardoons (a relative of the artichoke) cooked in parchment, a technique that is perfect for keeping fish from overcooking and offers a fun presentation as guests unwraps their own packets on their plates.

Inspired by the diversity of produce in Israel during a trip to the country in college and subsequent world travels, Louis recently opening Ray in Portland, Oregon, an Israeli restaurant that celebrates Israel’s diverse cultures and culinary traditions (including those of Ashkenazi and Sephardic immigrants). Not surprisingly, the book is peppered with familiar-sounding recipes with a twist: pierogi with red orach (a spinach-like magenta member of the amaranth family), Malabar spinach shakshuka and Yemenite braised beef short ribs with nettles. 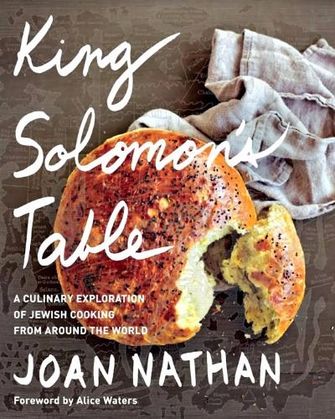 “King Solomon’s Table,” the eleventh cookbook by James Beard award-winning author and consummate storyteller Joan Nathan, is a global exploration of the diversity of Jewish communities and cooking. Nathan captures traditional and updated recipes, tracing their paths as families migrated from region to region, country to country.

The book includes several recipes featuring tamarind, in Hebrew tamar hodu, from the Arabic etymology tamar hindi meaning, literally “Indian date.” This fruit grows in pods and tastes sweet yet puckeringly sour. Among Jewish communities, it is common in Indian, Levantine and South American cooking. Nathan shares tamarind recipes for Keftes Garaz (Syrian meatballs), as well as a curry from the Bene Israel community in Kochi and a Syrian-Mexican chicken dish.

First time author Shannon Sarna’s “Modern Jewish Baker” focuses on just a few items — challah and other Jewish breads (bagels, pita, matzah), babka, and assorted cookies (rugelach, hamantaschen) — and does each category justice. Each chapter starts with the traditional and quickly riffs into variations that only a very creative, wacky, funny, talented woman could imagine.

Case in point: a pull-apart challah baked around spinach artichoke dip, and onion jam and goat cheese hamantaschen. For the new food portion of your Rosh Hashanah table, take a stab at the guava and cheese babka inspired by a friend’s Cuban heritage. 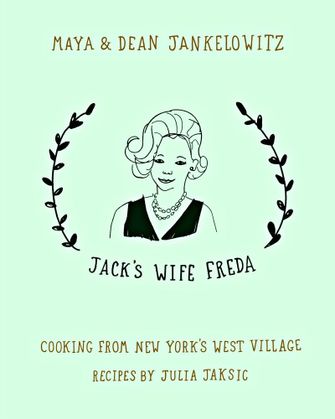 Driven by the success of their pair of all-day cafés in downtown Manhattan, Maya and Dean Jankelowitz share recipes for well-loved dishes in “Jack’s Wife Freda,” a cookbook named after the restaurants, which were named after Dean’s grandparents. Maya is Israeli; Dean South African, and their cuisine is an amalgamation of those cultures, with recipes (developed by restaurant chef Julia Jaksic) ranging from green tomatillo shakshuka to rose-water waffles to peri peri chicken wings to malva pudding (a cake drenched in a caramel sauce).

Though not kosher, the restaurants serve a duck bacon instead of the real thing. To really shock your guests this new year, start dinner off with a nearly-traditional salade Lyonnaise au frisée, complete with poached eggs and “bacon” sliced into thick lardons.