Balkan Beat Box Out With Its ‘Nu’ Album on Tuesday 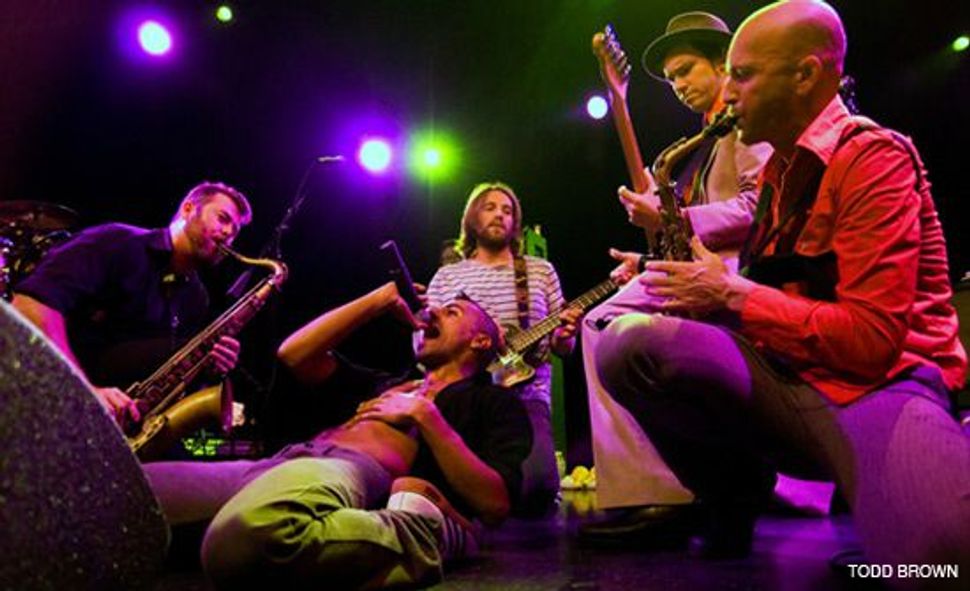 The group blends musical influences from Jerusalem, New York, Morocco and Eastern Europe with rhythmic beats from the Balkans into an energizing and eclectic dance party like mix on their new album “Nu Made (Remixes).” The album is primarily remixes of their songs by various artists including Mahala Rai Banda and Nickodermus, as well as by the band. It also includes the previously unreleased track Ramallah Tel Aviv and instructions on how listeners can download remix parts from a website and create their own remix of the track Bulgarian Chicks.

The group was formed in 2004 by Tamir Muskat and Ori Kaplan (formerly of Gogol Bordello) and performs with a large group of musical artists including guitarist Jeremiah Lockwood here of The Sway Machinery, whose first album “Hidden Melodies Revealed” also premieres this coming week. Read a feature about the group here.

Promoting their new album, which comes out on April 7 in both vinyl and CD, the band played an exhilarating concert at New York’s Webster Hall on April 2. Each member of the band played several instruments throughout the show ranging from electric guitar to clarinet. Two drummers had an improv “beat off,” challenging one another with different beats until they ultimately played in together in a rhythmic harmony.

A competition ending in harmony and a wild dance party; now there’s a thought about how to deal with political borders.

Balkan Beat Box Out With Its ‘Nu’ Album on Tuesday