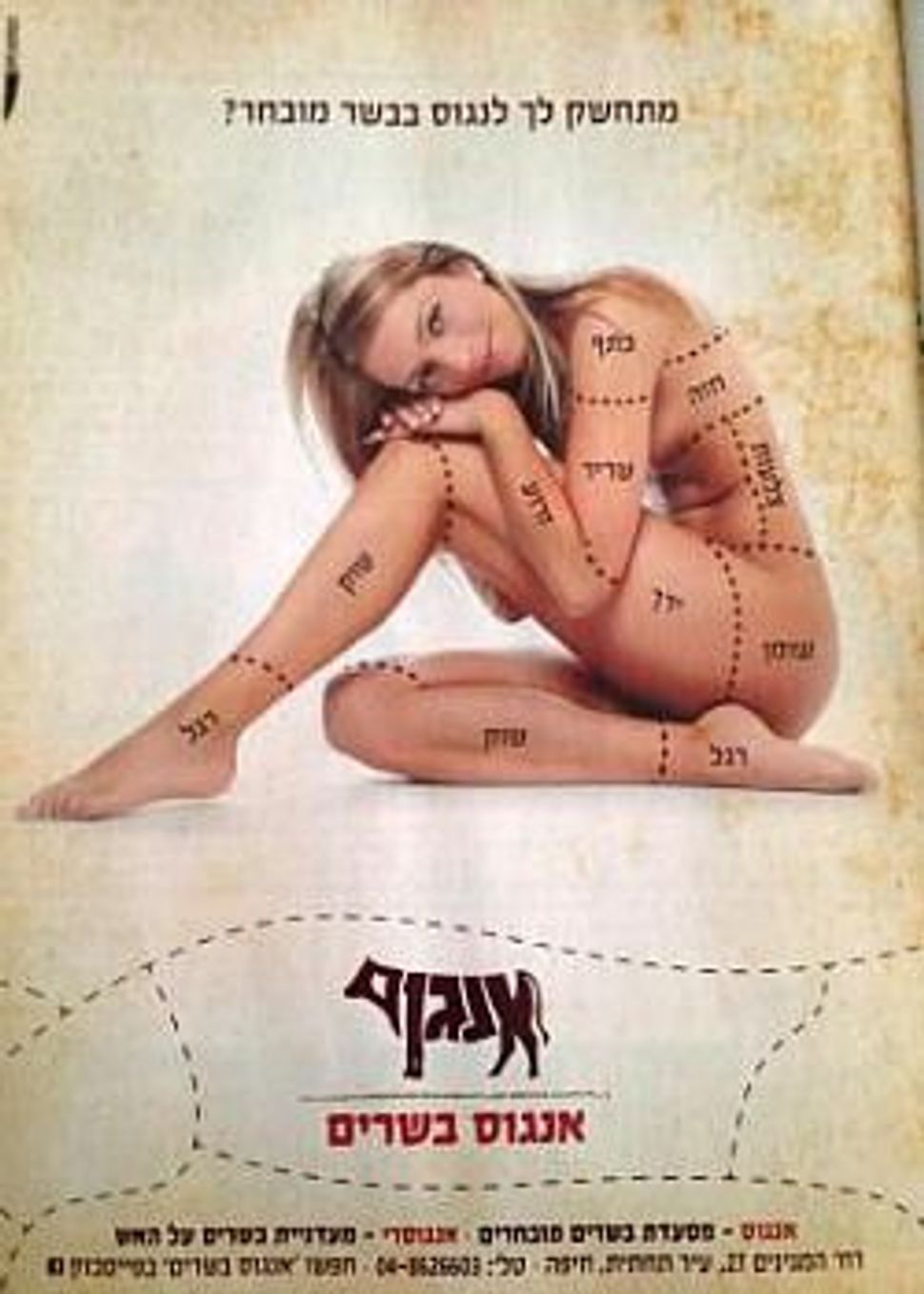 Hungry for a nice steak? An advertisement for the Israeli restaurant Angus Meat may just turn your stomach.

It features an attractive, skinny woman, photographed naked with her body marked up like that of a cow chart on a butcher’s wall. Body parts are labeled: shin, shoulder, foot. Her bottom is labeled “fat.” The banner line overhead reads, in Hebrew, “Do you ever have the desire to bite a choice piece of meat?”

The full-color magazine ad promotes a pair of Angus Meat restaurants, one in Haifa and the other in Nes Ziona.

“It’s disgusting. In this day and age? They should know better,” said Nancy Kaufman, CEO of the National Council of Jewish Women, when shown the ad. Kaufman said she plans to send it to friends in Haifa, to see if there is any kind of local reaction to the image. “I hope they can organize a protest,” she said.

Marcie Natan, national president of Hadassah, said, the ad “is offensive, but I’m not going to give this one restaurant the reaction it is seeking by bringing further attention to it. What we need to focus on is not attacks on single restaurants, magazine images, or other ways that women are mistreated in the public realm, but rather encouraging a global, societal shift in the treatment of and respect for women.”

Natan said, “This ad is but one example of a broader societal problem that is by no means unique to Israel.”

Kaufman said she was recently part of a panel discussion at a conference in Los Angeles, with a former winner of the Miss Israel beauty pageant. Miss Israel showed a video promoting tourism to Israel, in which women “were just sex objects,” said Kaufman. So “I shouldn’t be that surprised” that an ad like Angus Meat’s would appear.

To some of us there is nothing appealing about portraying a woman as meat and suggesting that she could be carved up into body parts. It’s more than unappetizing. It’s downright treif.