According to the convention website, “From attacks on our own soil and overseas to the tragedy in Benghazi, the policies of Barack Obama and Hillary Clinton have left us vulnerable. Our immigration system is broken, leaving our country open to security threats and the negative consequences of illegal immigration. A Donald Trump administration will listen to and learn from our nation’s heroes who have put themselves in harm’s way and pursue a national security strategy and foreign policy that will strengthen our military and make America safe again.”

We will be live-blogging throughout the day and into the evening, when the Primetime Program begins.

8:45 PM The last hour of the convention have focused on painting Hillary Clinton as a failure on Benghazi. A short documentary on Benghazi was shown, Pat Smith (mother of Benghazi victim Sean Smith) called for Hillary to be “put in stripes,” and several military speakers have taken the stage.

7:50 PM The evening resumed with a beautiful national anthem by Marlana VanHoose and a controversial prayer by Pastor Mark Burns:

I’d RT all the Christians who are outraged/disgusted/concerned by this RNC benediction, but it would take all night. pic.twitter.com/S0CkFXi4HH

Is God really guiding the Donald’s words and deeds, or is there someone else behind the scenes? Trump’s speechwriter thinks that he might have had something to do with Mr. Trump’s rise to fame and success.

5:00 PM The convention is on break until 7:50 PM. Tonight’s speakers will include several big names, including Rudy Giuliani, Jeff Sessions, and Tom Cotton. Today’s first session ended with a benediction by Pastor Mark Burns, and the day began with an invocation by this little known Cleveland rabbi.

4:28 PM Things started to veer towards chaos during the vote led by the Deputy Chair of the Commmittee on Rules, Rep. Steve Womack. Several chanted for a roll call vote. The livestream cut to happy music, and the camera panned across the unhappy faces of delegates waiting around. After a few awkward minutes of dischord, in the official vote, “the ayes had it,” although 9 states had petitioned for a roll call vote. Womack said that three states fell below the requisite delegate count, however, so the convention will proceed as planned. Sen. John Barrasso then took the stage to deliver the Report of the Committee on Platform.

3:35 PM Artist Spencer Tunick is known for his provocative awork. He made a splash in Cleveland when he photographed over 100 naked women literally shining a light on the convention. We spoke to one Jewish grandma who participated: 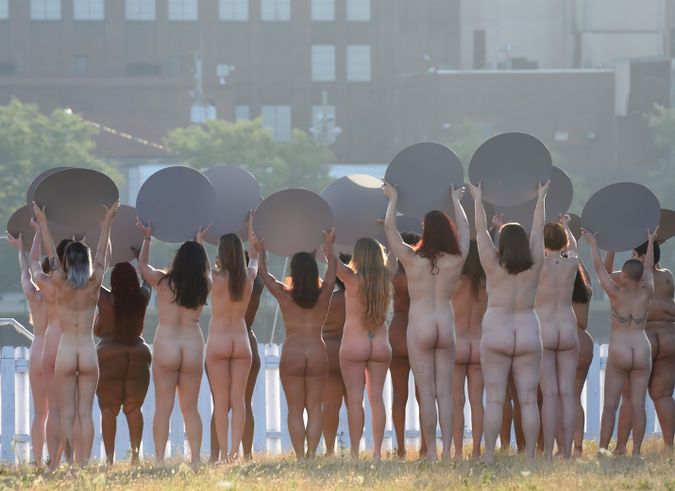 2:55 PM The Kippah Guy is in Cleveland! Meet the man who doesn’t want you to leave the convention empty-headed: 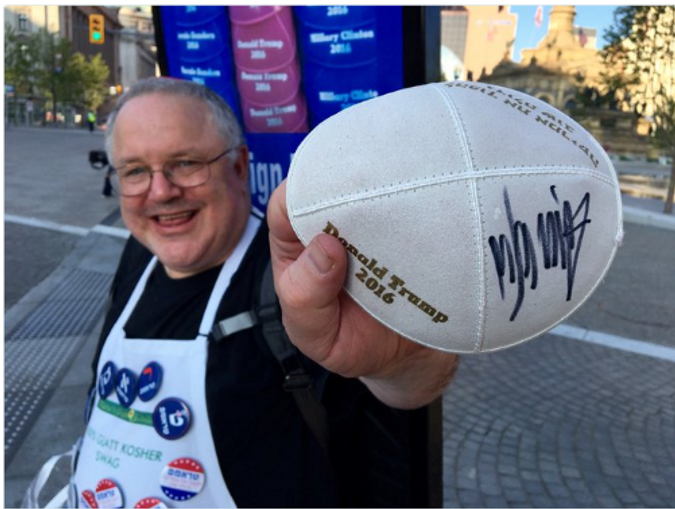 2:30 PM In her speech, The Hon. Linda Lingle made a strong claim against the current President, and gave a shoutout to Jewish Republicans:

Nice try, Lingle. As Matthew Finkelstein wrote in this publication, Obama won almost 70% of the Jewish vote in 2012 — and four years later, the notion that a significant number of American Jews would abandon the Democratic Party over Israel seems like ancient history. In Donald Trump, Republicans have chosen a candidate whose embrace of racial and religious intolerance is anathema to many Jewish voters — Democrat and Republican alike. More significantly, Trump’s takeover of the Republican Party raises fundamental questions about the future of “pro-Israel” politics as we know it. 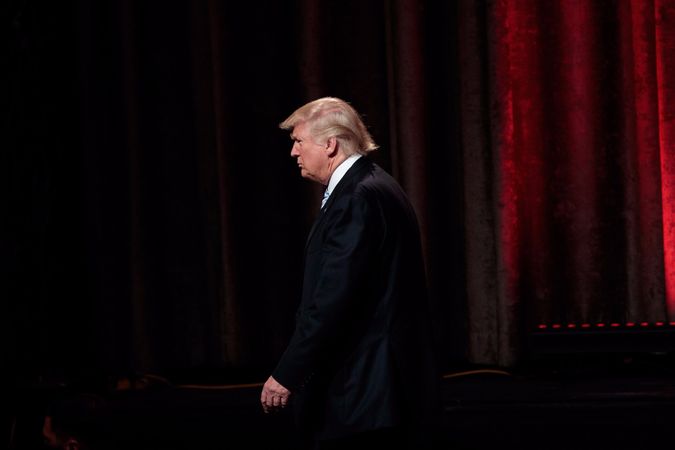 1:31 PM Later tonight, Melania Trump is scheduled to speak for 5 minutes, which pundits are already describing as “a lifetime” for the non-native English speaker. While the content of the address remains a mystery, we do know one person she’ll be relying on: her Israeli hairdresser. 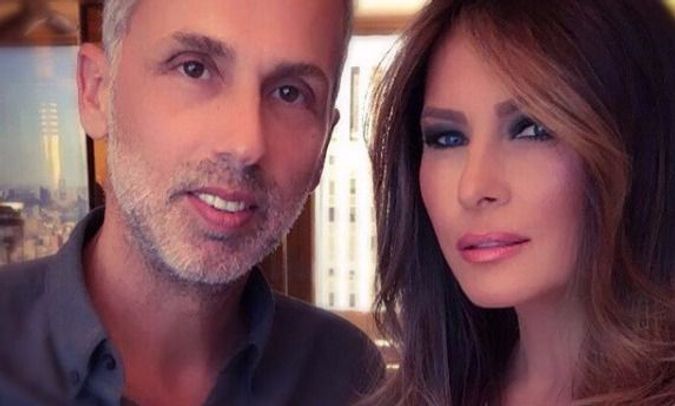 1:15 AM Replacing Rabbi Haskel Lookstein, who declined the honor amid controversy, Rabbi Ari Wolf delivered the opening invocation, which included the Jewish priestly blessing in both English and Hebrew.

You can see a video here:

11:45 AM — Here’s your required reading before the convention chaos gets in full swing:

Today’s liveblog will be updated by Laura E. Adkins, the Forward’s Contributing Network Editor. Send tips to adkins@forward.com, or tweet at @laura_e_adkins