In Chicago, One Synagogue Walks the Walk To Sustain the Land 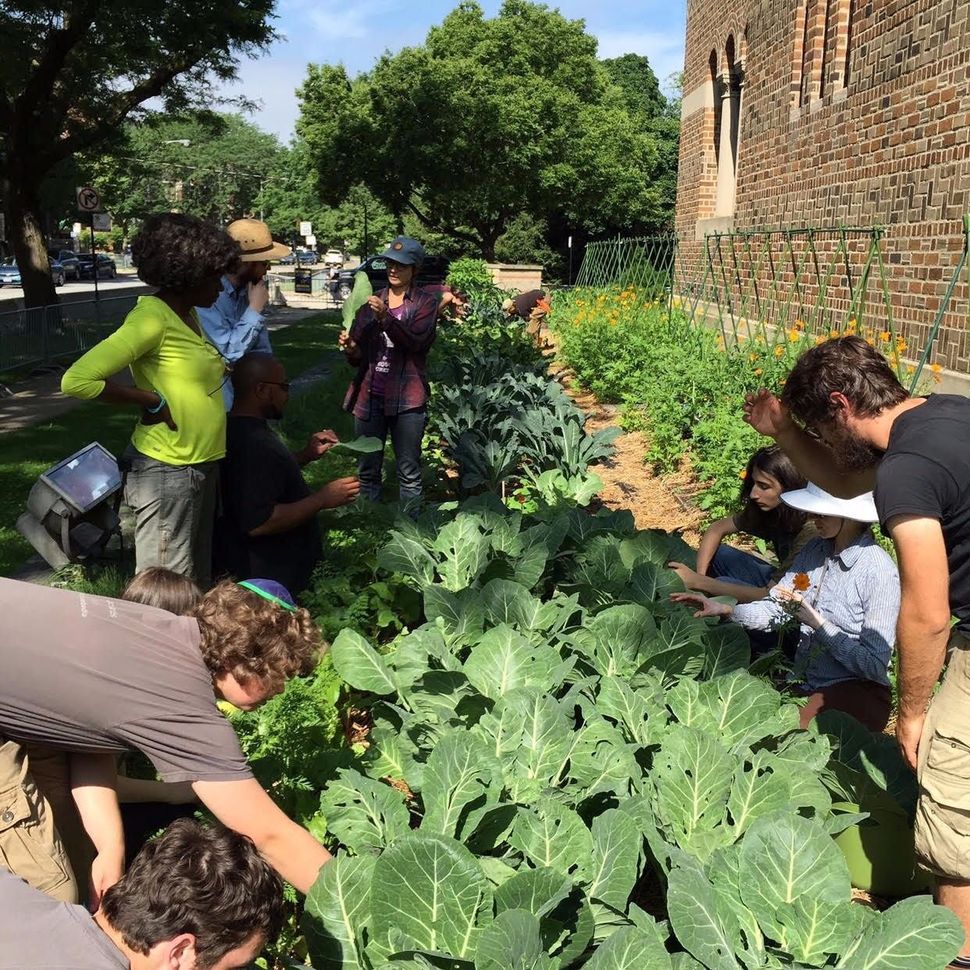 Martin Luther King Day may be fading into the distance. But at Congregation KAM Isaiah in Chicago’s Hyde Park, the recent Martin Luther King weekend—usually an occasion for synagogues to do community service projects—became the vehicle for a discussion on climate change and the environment, which was itself just part of the synagogue’s ongoing program.

This year’s conversation centered on water. But KAM’s program is an ongoing one based on Jewish principles, said its founder, Robert Nevel. He cited in particular Leviticus 25:23: “The land is mine, for you are strangers here.”

“It is incumbent upon us to improve and sustain the land,” he said. “We try to share with the community. It’s a sacred approach to a profane problem, sacred in terms of life cycles.”

Since KAM set up its first community garden in 2009, it has raised and donated 22,000 pounds of organic produce to hot meal programs on Chicago’s south side and to the city’s public housing program. The garden has expanded into a micro-farm, where volunteers tend 20 or 30 traditional row crops, and a food forest, which simulates the natural growth of perennial fruits and berries that can thrive without human interference. The synagogue collaborates on the project with two neighborhood churches. Among other programs, they run a farm and food forest school every summer, plant fruit and nut trees around the city, and glean produce from other community gardens.

The conversation on MLK weekend emphasized water conservation and steps individuals can take to reduce their consumption. Karen Lehrman, director of Fresh Taste, a Chicago initiative to improve the city’s foodways, gave a keynote address on food systems and climate change at Friday night services. On Saturday afternoon, Nevel led a community design workshop to create a plan for building a 3.5-acre food forest on top of a big box store.

“Three-and-a-half million gallons of water fall on a Costco roof every year,” he explained. “Coincidentally, that’s what it takes to grow 3 acres of food every year. But instead that water goes into the Chicago storm system.”

Sunday was devoted to 17 workshops that discussed various aspects of water usage, from improving soil health and beekeeping to urban agriculture and civic engagement and environmental advocacy. All the weekend’s programs were free and open to the public. Nevel estimated that about 275 people showed up.

Nevel emphasized that aspects of KAM’s program were within the ability of any congregation to do. While an urban farm may be beyond the reach of some synagogues, he said, it’s not difficult to establish gleaning programs or plant trees.

“Imagine if every congregation stopped flying in cut flowers for the bimah from God knows where,” he said, “and decorated with storage crops, like apples, and then donated the food to a hot meal program. That alone would have a big impact on energy consumption. We try to demonstrate the power we all have to effect change and action, if we didn’t just talk but did something. That’s the real power of it.”

In Chicago, One Synagogue Walks the Walk To Sustain the Land