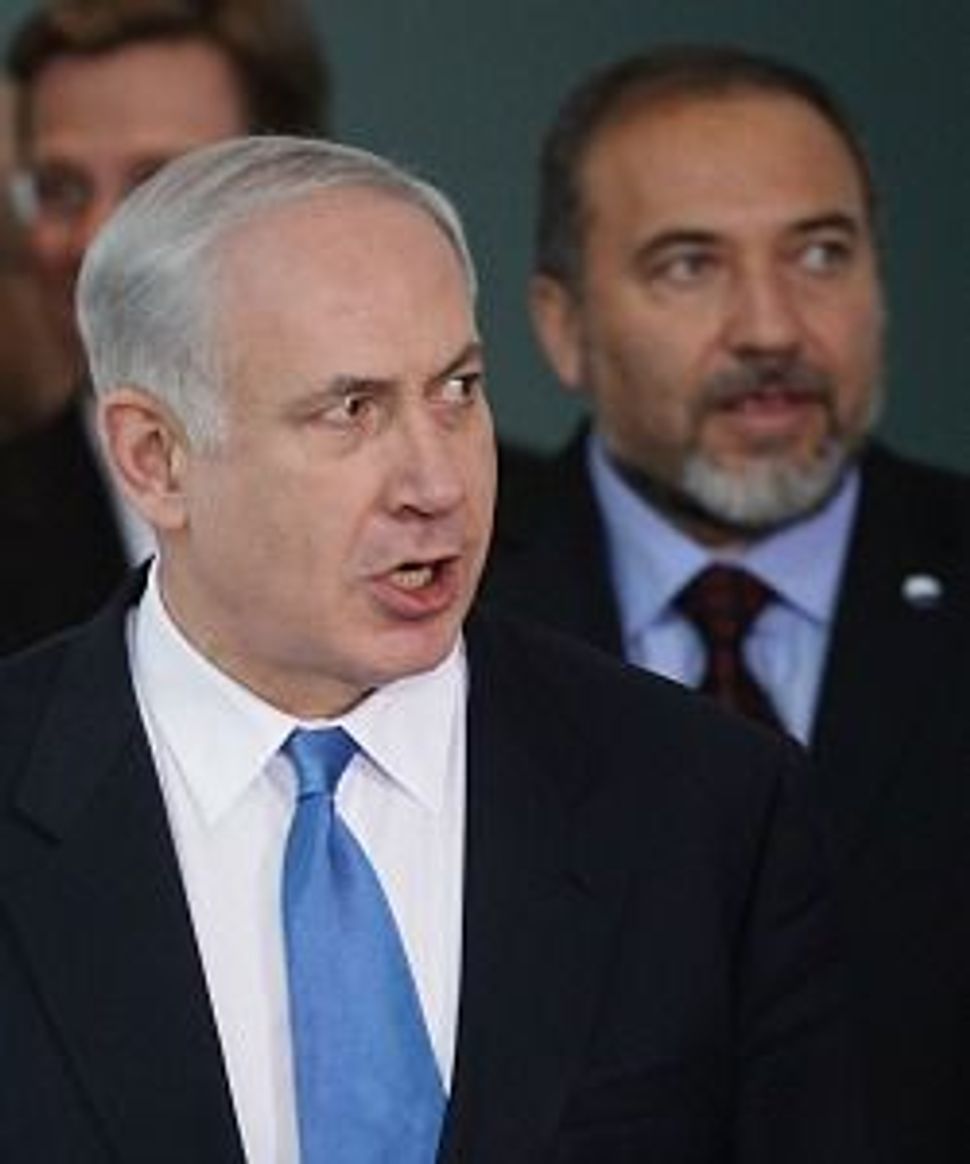 The kink in the plan is the religious vote. Liberman’s Yisrael Beiteinu party puts a very high priority on a secularist agenda. Haaretz reports today that the joint Bibi-Liberman list is expected to give high priority to Liberman’s secularist agenda, and might even reach out to bring Yair Lapid’s Yesh Atid party into a governing coalition. But the Likud relies heavily on religious voters who won’t like that. There’s a good chance that some of them will flee to the settler-based national-religious bloc, which appears to be running under a new banner that will join the Bayit Yehudi-NRP party with the National Union, reducing the Knesset strength of the Likud-Yisrael Beiteinu list. It’s possible, though, that some will break toward Shas, particularly now that Arye Deri is returning (sharing power with Eli Yishai, who remains no. 1 on the Knesset list but hands over the party chairmanship to Deri).

So the 60,000 shekel question becomes: Can Haim Ramon engineer a center-left coalition that brings back Olmert atop a new list uniting him and Livni with Lapid and Mofaz’s Kadima, and work out a platform that allows them to join after the election with Ramon’s old friend and fellow dove Arye Deri? Can the various personalities bury their egos and feuds and join together to restore the peace process and two-state solution before it dies forever?

To be clear: Olmert and Abbas were weeks away from a fully-drafted permanent status agreement, as he told J Street last spring and Abbas confirmed this month in a Ramallah meeting with a group of MKs and again in a Yediot interview last Friday. Morsi told the U.N. in September that he’s sticking with the Arab Peace Initiative, which puts the Arab League unanimously behind whatever agreement Israel and Abbas reach.

But four years from now the Arab awakening will probably have buried the Arab initiative and Abbas will be retired. This election could very well determine whether the two-state solution goes live or is buried for good.

Lapid is playing his diplomatic views very close to the vest. Last week he recruited former Shin Bet chief Yaacov Perry, one of the leaders of the Israel Peace Initiative, which calls for embracing the Arab initiative. He was expected to give Perry the no. 2 slot on his list, but today he announced that Perry is droppng to no. 4, and no. 2 is going to Rabbi Shai Piron, a moderate national-religious leader who’s closely associated with the very moderate Rabbi Yuval Sherlow and who co-founded the Tzohar rabbinical group, which works on bridge-building with the secular world. It’s clear that Lapid is going all-out on civil society issues.

And what about Shelly Yacimovich and Labor? She’s drawing in a lot of star recruits with her social-issues platform, but almost no attention to the peace process. In fact, Barak Ravid reports today in Haaretz on diplomatic cables from Paris on her July trip there in which she was parroting Bibi’s foreign policy – calling for negotiations with the Palestinians “without preconditions,” which effectively means abandoning all the Olmert-Abbas understandings and starting from zero, and demanding Palestinian recognition of Israel “as a Jewish state.” Almost scarier than the idea that she might be purposely lining up behind Bibi is the possibility that she doesn’t even understand the obstructionist subtexts of those two demands.

According to this Jerusalem Post report, citing Channel 2, Bibi and Liberman would be 1 and 2 on the list, followed by Likudniks as 3 and 4 and a Yisrael Beiteinu person as no. 5.