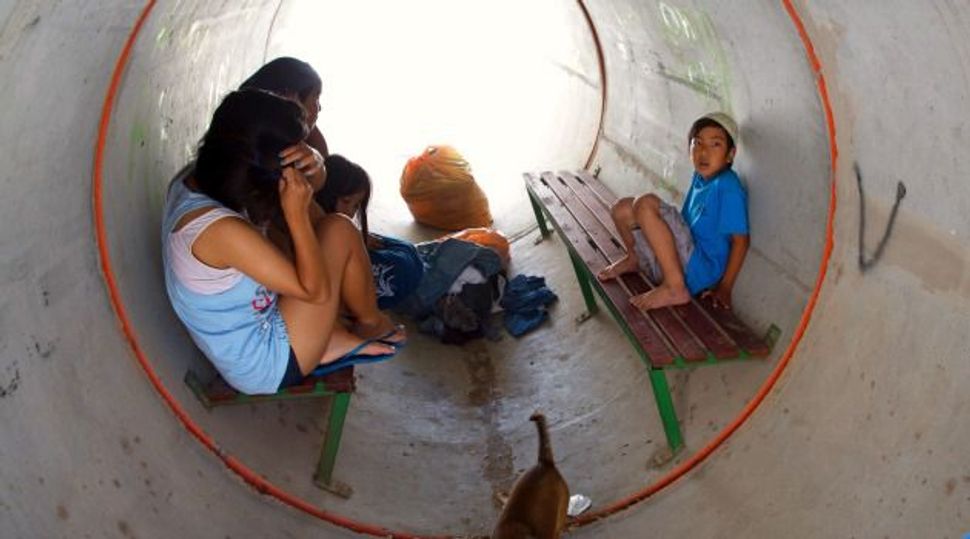 This summer, I heard the word “we” over and over as Jews around the world (appropriately) condemned the horrific murder of Palestinian youth Mohammed Abu Khdeir. “We Jews don’t do this,” they claimed, even as empirical evidence to the contrary mounted. Some Jews do do this. But they are clearly the exception. Jews know what it’s like to be persecuted. That means we don’t hate Arabs because of who they are, but we hate how some Arabs behave. We are most certainly not racists. Okay. If you say so.

Until recently I felt proud of the manner in which my whole community handled questions regarding race. Then last month, I found myself becoming one. A racist, that is.

As sirens blared, we experienced the physical stress that comes with even the few runs to the bomb shelter that we had in Jerusalem. The rush of adrenaline that washes over you every time you hear a siren.

Despite the stress I was feeling, I felt certain I had it basically under control. In August, the fighting still going strong, we went up north of the Kinneret for a few days of relaxation away from the action. We decided to take the kids kayaking. It was more like taking a really bad bath, as the water level was pretty low. And filthy. More than once, someone had to get out and push the boat over the rocks.

After buying the tickets, everyone got in line for a coach bus to the boat launch site. It was a couple of days after Ramadan, and the clientele — except for my family — was Arab. We were the first ones on the bus, which then proceeded to fill solely with Arab men in their twenties. They were there, as were we, to wear seriously unnecessary lifejackets and splash around for a couple of hours in the heat. But I was not in control of my heart, which raced every time one of those young men looked over at me, then said something in Arabic, which unfortunately I do not understand.

I couldn’t wait to get off that bus.

And then they followed, boats filled with young men, blocking our way in the water at every turn. Taunting us. Throwing buckets of the filthy water on our heads. Cheering each other on. I regretted my family’s ill-advised decision to break up our boats into girl/boy teams, me with our daughters and my husband with our sons. In another situation I would have yelled at them. Told them to stop acting like idiots and leave my girls and me alone. Though I knew they all spoke Hebrew perfectly well, I found myself mute. Agitated. Frightened.

Any other group of men exhibiting this kind of behavior would have made me angry. But I felt my anger morphing into something else. Were we safe, a few Jews in a sea of Arab men? How different were these men from the ones who were shooting rockets at me in my home? Those men who wanted me dead?

In some ways, I felt, it was not entirely unreasonable to be wary of Arabs and of Muslims, because real threats — rockets, suicide bombers, Syria, ISIS — exist, and the people doing the threatening have more than a few things in common with those ill-mannered men in the kayaks.

But isn’t that just what they are thinking, our not-so-friendly neighbors on the other side of the fence? That we Jews who support Israel are all the same as those brutal murderers of Abu Khdeir, just lying in wait for an opportunity?

I don’t like the place to which this latest war seems to have pushed me, pushed all of us. I feel this wave washing over the whole Jewish community right now. People who once would have felt comfortable professing liberal values, concerned about the plight of Palestinians, seem to be disappearing. In the religious community, individuals who publicly express worry about the loss of life in Gaza are considered brave. I’m afraid to let certain friends know that I still subscribe to the New York Times, a subscription I’ve had since seventh grade, when my Jewish day school made it a requirement. Because good Jews, lovers of Israel, “we” no longer read the Paper of Record.

Is this closing ourselves off from criticism, from opinions with which we disagree, the best way to cultivate empathy? After all, announcing that Jews “don’t do” something doesn’t magically make it so. Concern for the other has to be taught. As Jews, we have a responsibility to engage with the world, to confront uncomfortable truths, to pursue justice — for others and for ourselves. If we don’t actively combat the racism, take responsibility for the insularity, even the violence in our midst, then “what we Jews do” could end up meaning something very different than what we intended.