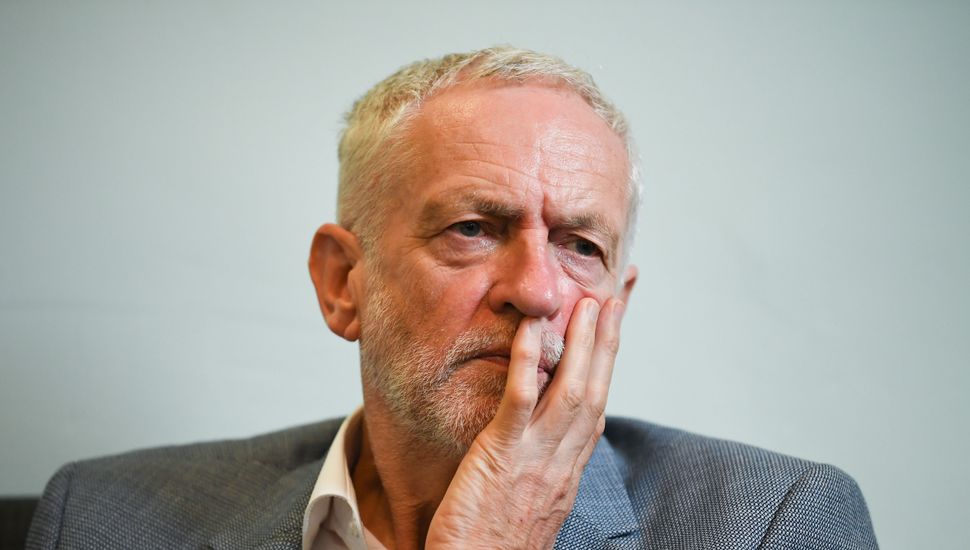 Sometimes anti-Semitism is obvious. When Adolf Hitler said, “Once I really am in power, my first and foremost task will be the annihilation of the Jews,” he didn’t leave a lot of room for interpretation. A plan to murder all Jewish people, a plan that was moreover actually implemented, is obviously anti-Semitic. Only anti-Semites would argue otherwise.

However, not all anti-Semitism is stated so forthrightly, or so sweepingly. Often anti-Semitism, like other kinds of bigotry, is expressed through innuendo, half-statements, nods, winks, and dogwhistles.

The fact that anti-Semitism, at its most blatant, is so hyperbolic and genocidal in itself provides a kind of deniability. Anything short of an explicit desire to destroy all Jews everywhere doesn’t count.

Rather than making us more wary of bigotry, the worst forms of bigotry provide cover for less direct statements, which in turn normalize a hatred which can fester into more extreme forms.

You can see this dynamic at work in the recent reactions to comments by UK Labour leader Jeremy Corbyn. Last week critics of Corbyn found and released 2013 video of him defending a speech by Palestinian Ambassador Manuel Hassassian.

Corbyn noted that the speech “was dutifully recorded by the, thankfully silent, Zionists.” “They clearly have two problems,” he went on. “One is that they don’t want to study history, and secondly, having lived in this country for a very long time, probably all their lives, they don’t understand English irony either.”

Many commentators have pointed out that Corbyn’s remarks are effectively an anti-Semitic dogwhistle. The idea that Jewish people are always aliens or outsiders in a nation, no matter how long they live there, is a standard trope of anti-Semitic discourse. The Nazis smeared Jews as immigrant outsiders; Soviet anti-Semitic propaganda labeled Russian Jews as “rootless cosmopolitans” who didn’t really belong in their own country.

As Simon Hattenstone says at the Guardian, Zionists who have lived in Britain are excoriated by Corbyn because “they have failed to integrate or assimilate, they are outsiders, they don’t belong, they need to be taught a lesson.”

Hattenstone sees the anti-Semitism in Corbyn’s remarks. But many others insist it’s not there.

Person after person on social media has assured me that Corbyn was not attacking all Jewish people; he was referring specifically to the British Zionists who criticized the Palestinian ambassador. If you’re criticizing two or three individuals, supposedly, it can’t be anti-Semitism.

Corbyn himself argued that he was using the term Zionist “in the accurate political sense and not as a euphemism for Jewish people.” In other words, he was talking about people who espoused a particular political argument, and not to all Jews everywhere.

Many people on the right, for example, claim that billionaire philanthropist George Soros is a shadowy conspirator orchestrating nefarious leftist activities worldwide. These attacks aren’t directed at all Jewish people. Rather, they weaponize anti-Semitic tropes about Jewish conspiracies against one particular Jewish person. By doing so, they validate those anti-Semitic tropes, and do in fact end up legitimizing anti-Semitism in the public sphere against everyone who is Jewish.

Other forms of bigotry work in similar ways. Most people, no matter how hateful, recognize that sweeping denunciations of entire groups of marginalized people are frowned upon. So they are careful to leave themselves an out.

“[Mexican immigrants are] bringing drugs,” Trump said in a campaign speech. “They’re bringing crime. They’re rapists. And some, I assume, are good people. [italics mine]” The last sentence, in which Trump admits that some Mexicans may be good people, is supposed to excuse the rest. He’s not saying all Mexicans are criminals; only that some specific Mexicans are. So he can’t be racist. Right?

Of course that’s not right. Using racist stereotypes is harmful. That’s true even if you insist that some people, who are sufficiently deferential, or who share your political viewpoint, are exempt from those stereotypes.

I strongly oppose Zionism myself, and I think the conflation of Zionism and Judaism is grotesque and wrong. Conservatives within and outside of Israel frequently claim that any repudiation of Israel’s vicious occupation is an attack on Jewish people everywhere. By doing so, they minimize anti-Semitism. More, in associating all Jewish people everywhere with a despicable ethno-nationalist policy, they put Jewish people in the diaspora directly at risk.

Bigotry is harmful, even when you deploy it with supposed care only against people whose politics you despise.

It’s entirely possible that Corbyn did not intend to leverage anti-Semitic stereotypes against his political enemies. The whole point of dogwhistles is to obscure intent, sometimes even from yourself. That’s why it’s important to recognize that anti-Semitism isn’t only about intent. You don’t have to declare your hatred of all Jewish people to use anti-Semitic stereotypes. You can also employ them casually, as a way to subtly suggest that your opponents are foreign elements, who don’t belong, and therefore don’t deserve to speak or to be heard.

The problem with dogwhistles is that they tend to summon the dogs. Supporters of Corbyn will defend him by saying that Jewish people disturbed by his comments are in bad faith, or are really Zionists. Some will inevitable say, in an excess of cleverness, that his critics are insufficiently assimilated and don’t understand irony. When you use anti-Semitism, you’re telling Jewish people they’re not welcome—and you’re giving your allies and your followers an excuse, and an incentive, to target them.

Open hatred is dangerous, but deniable hatred can also have corrosive, long-term effects. If Corbyn wants to defuse potential harm, he should explaining clearly why his comments were wrong and anti-Semitic, and apologize for them. I don’t expect him to do that at this point. But as a Jewish socialist who admires a good deal of what Corbyn stands for, I hope he does.

Noah Berlatsky is the author of the book “Chattering Class War: Punching Pundits from Chait to Chapo and Brooks to Breitbart.”