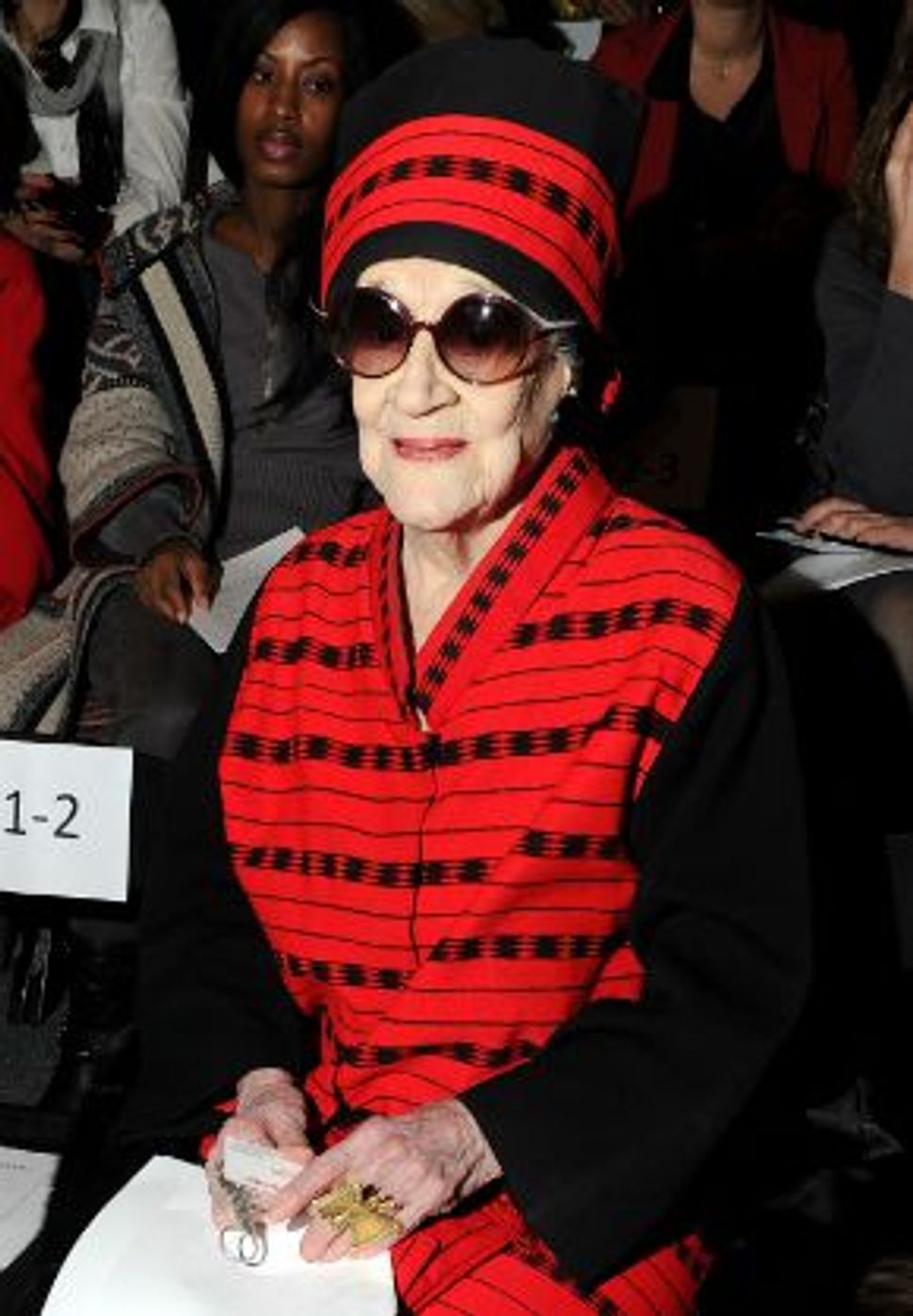 Socialite Zelda Kaplan, who based on her style could have been separated at birth from Iris Apfel, died suddenly on February 15 while at a New York Fashion Week show. To be more precise, the 95-year-old collapsed while sitting in the front row at the Joanna Mastroianni runway show and died in hospital shortly thereafter. It is believed that Kaplan died of natural causes.

Known for wearing bold and colorful African and Asian prints and large sunglasses, the late nonagenarian considered herself a “citizen of the world.” She told a New York magazine reporter two years ago: “I spent half my life relaxing and the other half crusading — I was a successful ballroom dancer and women’s golf pro in Miami Beach in my 20s, a doctor’s wife in New York in my 30s — and in my 60s and 70s I spent my time largely in Africa and Southeast Asia campaigning directly with local tribal government leaders for women’s and children’s rights.”

That must be where she picked up her vast collection of printed fabrics. She can be seen in an Advanced Style video shot several months ago on a Manhattan street, and it’s clear that for her, it’s not about the cut of a garment, but rather all about the integrity of the fabric — which she always bought directly from the weaver.

Kaplan said in the same video interview that what kept her young was taking an interest in world affairs, and not only in herself. She also said that it was important to her to always dress up if she was going outside.

“Zelda Kaplan is a true original and a cultural icon, particularly to seniors as persons who are vivacious unpredictable and great fun to be around. I will truly miss her,” photographer Patrick McMullan told Gothamist.