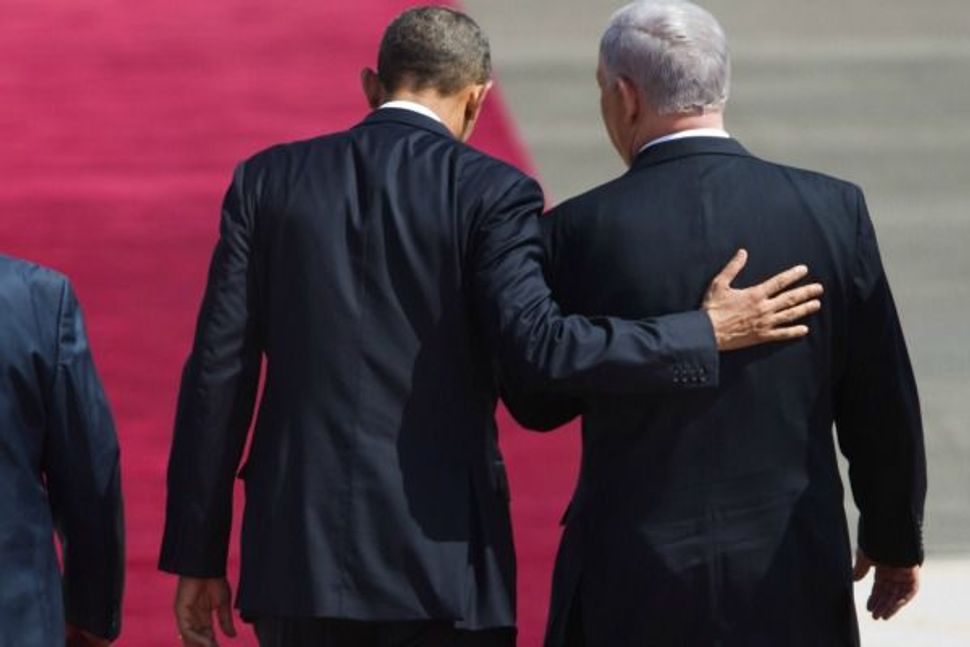 Well, it’s over. After three days of meeting, greeting, cheering, and even a heckle or two, President Obama has bid adieu to Israel. While the overall trip was successful, we couldn’t help but round up the some of the more, ahem, entertaining moments.

What is it with Benjamin Netanyahu and red lines? He draws them on bomb graphics at the UN, and on tarmacs at Tel Aviv airport. During Obama’s tour of a partially U.S.-funded anti-missile system, he asked an officer where to walk. “We are following the red line, sir,” the officer answered, pointing to the paint on the ground.

“The red line, okay,” said Obama, grinning, before pointing at Netanyahu. “He’s always talking to me about red lines.”

Obama and Bibi may have their differences, but they’ve had their own version of a bromance going on during this visit. And a real bro doesn’t let his buddy walk around with his jacket effortlessly thrown over his shoulder by himself.

Someone was so excited that the President of the United States was landing in Israel that they put the wrong gas in his car. The result? One of his protective vehicles broke down. Smooth, guys. Real smooth.

In what is perhaps the funniest and most outrageous of international controversies, the magnolia tree that the President planted in Israeli President Shimon Peres’ Jerusalem garden, was almost uprooted for inspection by the Israeli Ministry of Agriculture. Israeli (and U.S.) law forbids foreign plants and trees from entering the country. The tree, grown from a set of seeds from the original Jackson Magnolia on the South Lawn of the White House, will be tested but not removed.

Watch Obama lovingly plant the controversial tree below. “I want everybody to know this was on Air Force One,” he said, picking up the shovel.