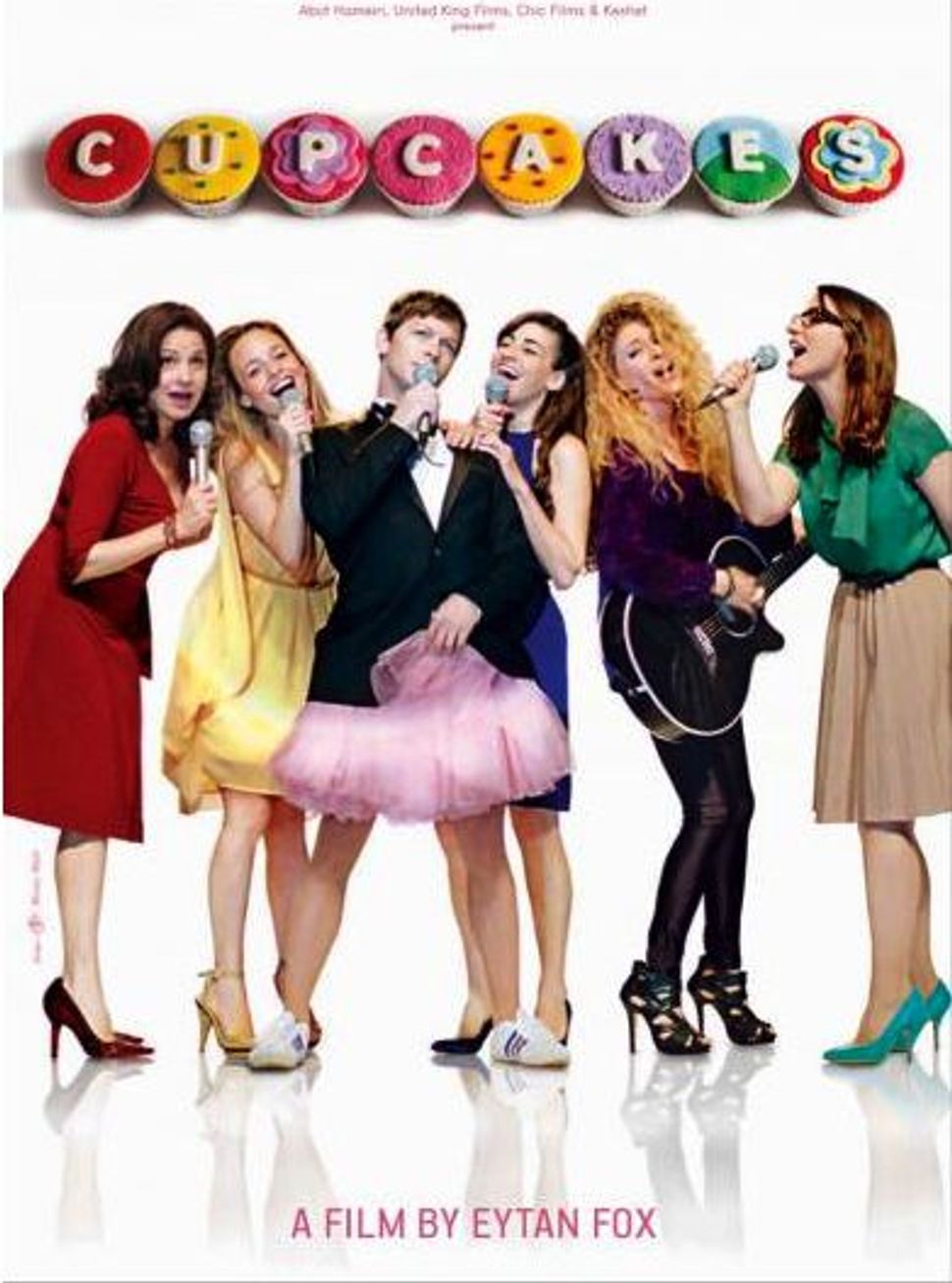 Eytan Fox’s latest film, “Cupcakes,” (“Bananot” in Hebrew, meaning bananas) will receive its U.K. gala premiere when it closes the 17th UK Jewish Film Festival on November 17, in London. A feel-good musical comedy about love, life and friendship, the movie is a significant shift away from the award winning writer-director’s previous works such as “Yossi & Jagger,” “Walk on Water” and “Yossi.” Fox is known for addressing major themes such as the Holocaust, the Arab-Israeli conflict, and doomed love affairs — in particular gay relationships — but “Cupcakes” is markedly different. It oozes nostalgia for an Israel that had, according to Fox, a sense of community, when neighborhoods possessed an intimate character. It harks back to “the long gone days of innocence, the days you borrowed a cup of sugar from your neighbor and stayed for coffee,” says Keren, the film’s commentator. “Cupcakes” is wonderfully entertaining kitsch and is as deliciously saccharine as a film can get.

Set in Tel Aviv, the movie shows a group of neighbours who get together to watch Universong , a Eurovision-esque television song contest. The evening is an opportunity to get away from the stresses of their daily lives — Dana (Dana Ivgi) is a high-strung aide to a cabinet minister but at the same time tries to please her traditional father; Keren (Keren Berger), is a shy, awkward blogger with a lisp; Yael (Yael Bar-Zohar) is a former model who is unfulfilled by both her job as a corporate lawyer and her relationship with her boss; Efrat (Efrat Dor) is a singer-songwriter whose career is in a rut; Ofer (Ofer Shechter) is a nursery school teacher whose long term pin-up boyfriend is still in the closet and won’t come out publicly and Anat (Anat Waxman) runs a successful bakery but her marriage is falling apart. When the friends learn that Anat is upset because her husband has left her, they compose a song to cheer her up and “A Song for Anat” unexpectedly becomes Israel’s entry for the following year’s contest.

There is palpable onscreen chemistry between these six main characters and their obvious enjoyment makes for infectious viewing. All are stars from Israeli media and they play using their own names, as does Edouard Baer, the presenter of Universong. Actor Lior Ashkenazi also makes a guest appearance. But it is the expressive singing-dancing tutu-wearing Ofer Shechter who steals the show.

Music is an important theme in Fox’s films and “Cupcakes” is no exception. The group’s catchy number, “Song for Anat” — formally “Song Number Six” — is written by musician/lyricist Scott Hoffman, known as Babydaddy. The movie’s sharp, glitzy, colorful style has hints of Almodovar and an extra subtle layer of charm accompanies each character as they are identified with a particular color throughout the film.

Fox has rather shamelessly included a couple of product placement-type moments associated with ‘70s pop star Mike Brant, who happens to be the subject of his next film. Brant, an Israeli, achieved fame after moving to France but committed suicide at the age of 28.

“Cupcakes” is also about pushing oneself, seizing opportunity and overcoming fear. The group, called Anat-Ofar, takes artistic control and fights their management to go on stage as themselves. In fact the simplicity of their performance does seem to reflect some of the 1970s Eurovision entries, such as Israel’s winning song “Hallelujah” by Gali Atari and Milk & Honey in 1979. Ofer reminds us — or is this Fox? — that there was a time when Universong, aka Eurovision, “was a song contest and not a costume contest.”

Of course resolution comes to all the protagonists in one way or another but who cares? A tight script, coupled with toe tapping tunes, makes “Cupcakes” an uplifting, escapist, sweet experience.