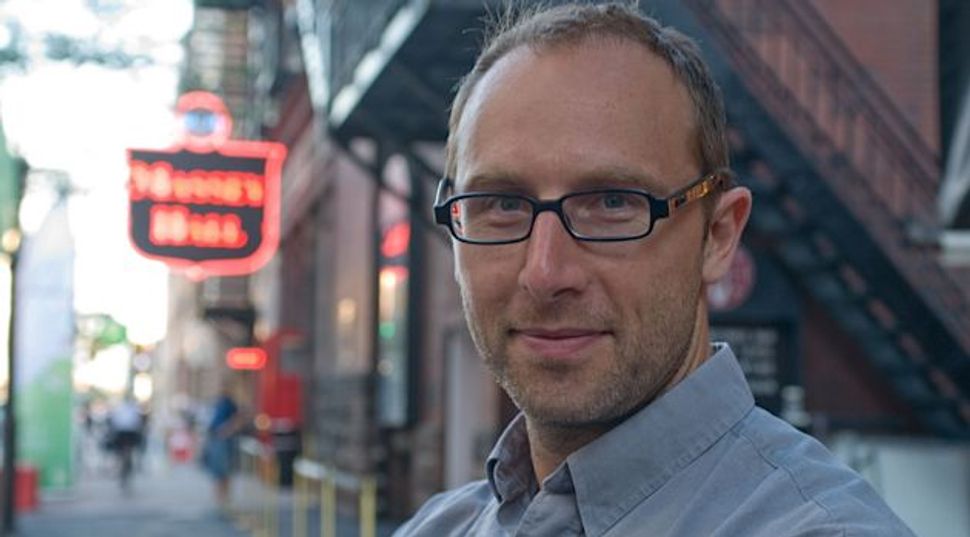 A decade after its publication, Canadian author David Bezmozgis is turning his debut short story collection, “Natasha and Other Stories,” into a film. As with “Victoria Day,” his first cinematic endeavor in 2009, Bezmozgis, a graduate of the University of Southern California’s film school, is both writing and directing the project.

The stories in the breakout “Natasha” chronicling the saga of the Bermans, a Russian-Jewish immigrant family to Toronto, were hailed by critics as “dazzling,” “scary good,” and “stunning.” The book was translated into 15 languages and won several prizes. Virtually unknown prior to the collection’s publication, the Riga-born Bezmozgis’s literary star rose with “Natasha.” His celebrated first novel, “The Free World,” was published in 2011, and will be followed this coming September by a second novel, “The Betrayers.”

The film version of “Natasha” will focus on the title story, which comes in the middle of the collection.

“It comes at the midpoint and it relates to what comes before it and what comes after it, and it encompasses all the generations of the family,” Bezmozgis explained in a phone conversation with the Forward. “It gives access into the entire book. There’s a lot of drama in that story.”

The notion of trying to turn all of the stories in the book into a single film narrative did not make sense to the author. “I couldn’t do justice to the episodic nature of the collection,” he said.

Following three years of pre-production development, Bezmozgis will begin filming “Natasha” in Toronto in July. An independent production backed by Telefilm Canada, it will star Russian-speaking, mainly Canadian actors. “The young woman in the lead role actually lives in New York and is from Odessa,” the filmmaker shared.

With just a month to go before the start of shooting, Bezmozgis is still scouting locations. Recently, he put a call out on Facebook asking for leads on specific types of houses in a northern suburb of Toronto. “The film will evoke the sense of a particular part of the city, but viewers will see Toronto at large, too,” he said.

Following the completion of “Victoria Day,” which also dealt with immigrant themes and had a cast of Russian-speaking actors, Bezmozgis said he would welcome the opportunity to make another movie. He finds the collaborative, social atmosphere involved in filmmaking a welcome change from the intense solitude of fiction writing.

Accordingly, it might appear that Bezmozgis is deliberately alternating between writing books and making films. But that would be reading a bit too much into things. “That would presuppose that I have control over the timing of all this, which I don’t,” he noted.

Bezmozgis will, however, be alternating this fall between the editing of “Natasha” and events related to the launch of his highly anticipated new novel.

His intention is to juggle it all so that “Natasha” will be ready for screenings at film festivals in 2015 and for a theatrical release in 2015 or early 2016.