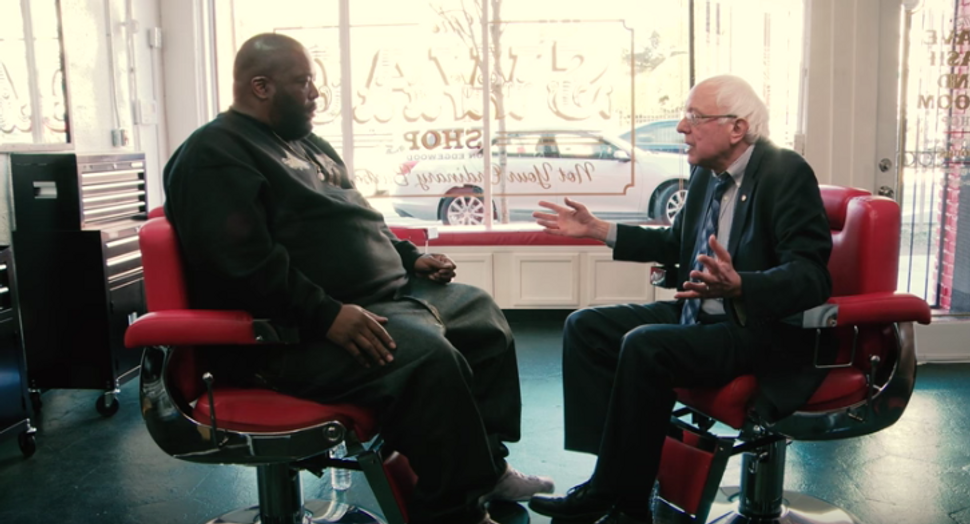 Once you feel the Bern, you’re never the same again. And Killer Mike has felt the Bern. Big time.

You may remember Bernie Sanders’ and Killer Mike’s much publicized last month. Turns out that that right before that delightful meal, the two sat down for what was a really insightful and honest conversation about race, politics, money and the future of the average American. True to form, Killer Mike chose a quirky venue: his barbershop.

(As an aside, we would like to dedicate a special shout out to the many, many, many, MANY adorable fist bumps between the two. Thank you, Internet, for the glory that is the Bernie Bump.) 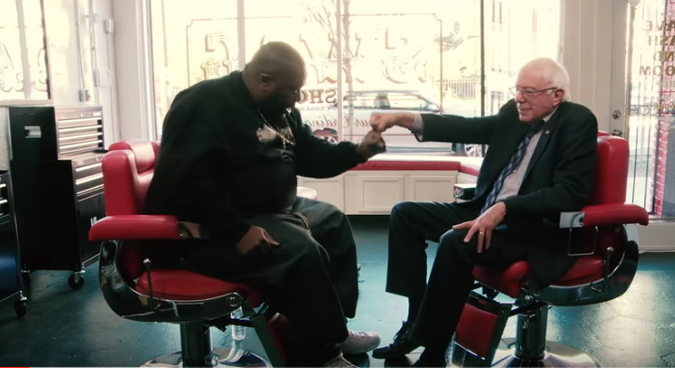 You can watch the entire thing below — but to make things a little easier (TLDR), we’ve picked out some of the best quotes:

Bernie: “I think it’s fair to say that my political career is different than anyone else’s. I didn’t get into politics to figure out how to become president or senator. I got into politics because I give a damn.”

Killer Mike: “You have been the only candidate that I have seen able to connect people who were once disconnected.”

Killer Mike: “I consider you a good man with grand ideas, but the pessimism and apathy that seeps into my community, and into the general American community, says don’t go out and vote because whether those [Koch] brothers buy Hillary or buy Trump or buy something, the seat’s for sale. How do we know the presidency of the United States is not bought and paid for to the point where the grand ideas that you have to radically change this country won’t get stifled because of the money?”

Bernie: “I’m running against a woman who is probably the best known woman in the United States of America, it’s a tough fight, but we’re doing pretty good.”

Killer Mike: “Are we in this country in danger of creating, essentially, monarchs of political families? And is that dangerous?”

Killer Mike: “You seem to be the only politician that wants a smarter constituency. And now I understand why. You’re one of the first politicians to say it’s a ‘we’, a collective of people.”

Killer Mike: “It’s not by accident that we are in a barbershop. It’s not just because I own the barber shop…. Barber shops seem to be the only place in my life that black men in particular can speak the truth and not worry about getting killed. Where working class men can come speak the truth without worrying about the boss cutting them off at job.”

Bernie: “One out of four black male babies born today, if we do not change it, will end up in jail. Can you imagine that?

Killer Mike: “I see in Europe other things working, and I’m wondering how long before we catch up and why do we keep having to play catch up when we can see a good idea, say we can implement this idea, this is a way for us to make it American but it’s a good idea.”