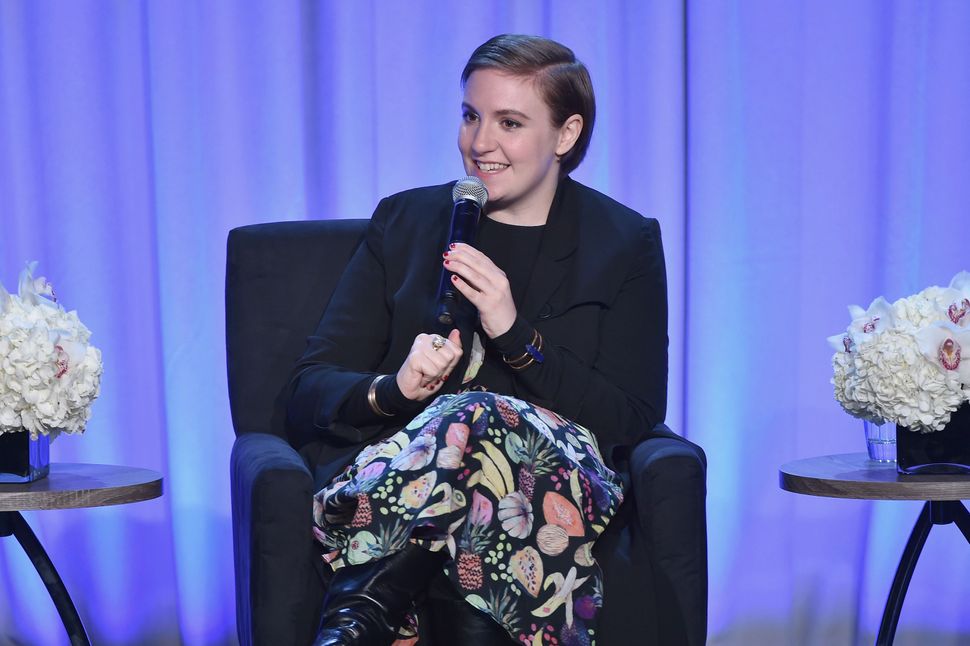 If that sounds like the beginning of an Onion article, no it’s not.

In an interview with Food & Wine magazine, the “Girls” writer and star supported students from Oberlin College, her alma mater, for denouncing bad cafeteria food like sushi and banh mi as cultural appropriation.

“There are now big conversations at Oberlin, where I went to college, about cultural appropriation and whether the dining hall sushi and banh mi disrespect certain cuisines,” Dunham said in the interview, adding, “The press reported it as, ‘How crazy are Oberlin kids?’ But to me, it was actually, ‘Right on.’”

Dunham was referring to the article in the campus paper, The Oberlin Review, in which one Japanese student, Tomoyo Joshi, said “the undercooked rice and lack of fresh fish is disrespectful. When you’re cooking a country’s dish for other people, including ones who have never tried the original dish before, you’re also representing the meaning of the dish as well as its culture. So if people not from that heritage take food, modify it and serve it as ‘authentic,’ it is appropriative.”

Okay, first of all, COME ON!

Second, bad cafeteria food is a right of passage for every college student. Please don’t take it away.

Second, calling undercooked rice and and crappy sushi “disrespectful” and equating it with cultural appropriation is itself out-of-line and completely undermines the instances when appropriation legitimately takes place.

It’s disappointing to see Dunham — who has been an inspiration to so many for standing up against bullying, body shaming and for pushing workplace equality — take sides with such a silly issue. I doubt any sane person actually thinks dining hall pizza is masquerading as authentic Italian-made cheesy goodness.

Can these students and Dunham drop this ridiculous issue? A massive cafeteria serving thousands of students can only do so much. If you don’t like the food (and really, who does?!?!) feel free to leave the campus and go to any restaurant you want.