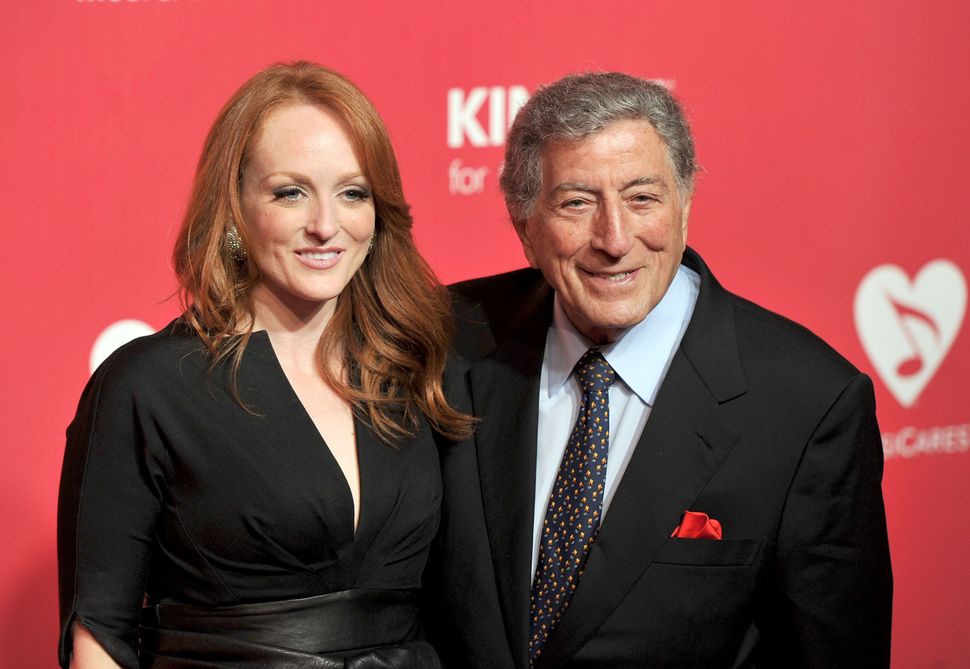 For many, Tony Bennett – the singer whose standards, from “Fly Me to the Moon” to “I Left My Heart in San Francisco,” are near-universal – has always felt a little bit like family. Today, as the world celebrates Bennett’s 90th birthday, Jews have an extra reason to rejoice: for us, he almost is.

That link comes through Bennett’s daughter Antonia Bennett, also a singer, who converted to Judaism in 2013.

“I grew up in LA and New York so I was always surrounded by Jews,” she told the Times of Israel’s Lisa Klug in December, 2015. “I have Jewish cousins and being Jewish never seemed so far off to me.”

After moving to Los Angeles’s Hancock Park, a neighborhood with a strong Orthodox community, the younger Bennett met her husband, the Israeli Ronen Helmann, and decided to convert.

“Being Jewish has been very good for me,” she told Klug. “It keeps me grounded and connects me to God.”

“I connect through daily prayer, mitzvot and trying to be present in the moment with my thoughts and actions,” she continued.