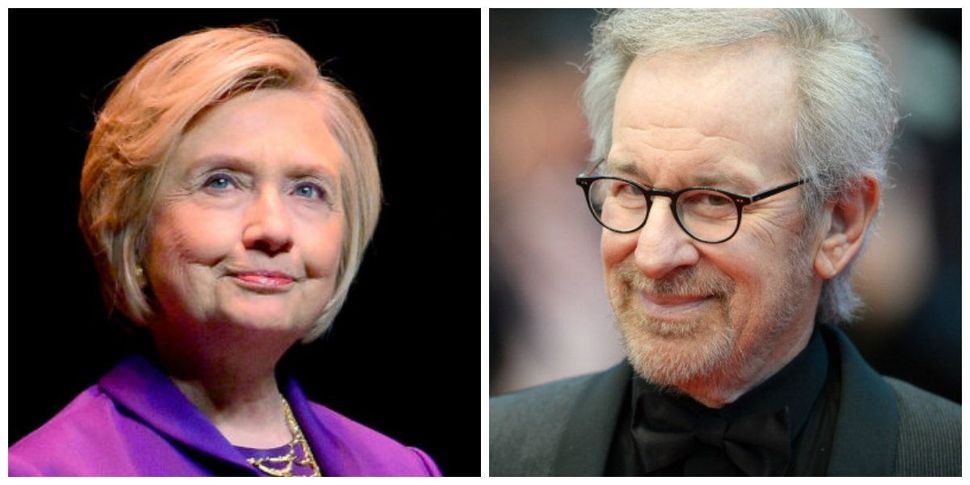 But she may win an EGOT — an Emmy, Grammy, Oscar, and Tony.

On the heels of the news that the former Secretary of State will make a cameo on HBO’s “Madam Secretary” is the news that Clinton and legendary Jewish filmmaker Steven Spielberg are developing a TV show about female suffrage in America.

And if you’re still conscious and upright after this shocking report, we’ll add one more fascinating fact: the show is being adapted from the book “The Woman’s Hour: The Great Fight to Win the Vote” by Jewish writer Elaine Weiss.

Whether this news sends you reeling to sing praises to the shekhina on the stoops of your nearest Haddassah building or to geshry that Clinton was in bed with the Hollywood elite all along, it’s part of a bigger trend; Barack and Michelle Obama recently signed a major contract with Netflix to produce original works. “The Woman’s Hour” is still in its earliest stages, with Clinton and Spielberg signed on as executive producers and Amblin TV planning to negotiate offers with the HBO and Amazon variety. Weiss is also expected to produce.

Clinton praised Weiss’ work in a characteristically formal statement to The Hollywood Reporter, saying, “At the heart of democracy lies the ballot box, and Elaine Weiss’ unforgettable book tells the story of the female leaders who — in the face of towering economic, racial and political opposition — fought for and won American women’s right to vote.” She went on, “Unfolding over six weeks in the summer of 1920, The Woman’s Hour is both a page-turning drama and an inspiration for everyone, young and old, male and female, in these perilous times. So much could have gone wrong, but these American women would not take no for an answer: their triumph is our legacy to guard and emulate.”

The Hollywood Reporter quotes a source who claims that Weiss dreamed of finding a way for Clinton to read her book, ultimately getting a bookstore owner to shepherd it to the former democratic nominee. According to the source, it was Clinton who proposed that it be optioned for television, and Clinton who approached Spielberg with the project.

Say what you will about her (and I expect you already have) — an iconic, highly divisive politician, the “Jaws” guy, and a Jewish, feminist historian will make for exciting television.