Hanukkah Now Gets Its Own Hip Holiday Music, With ‘Hannukah+’ 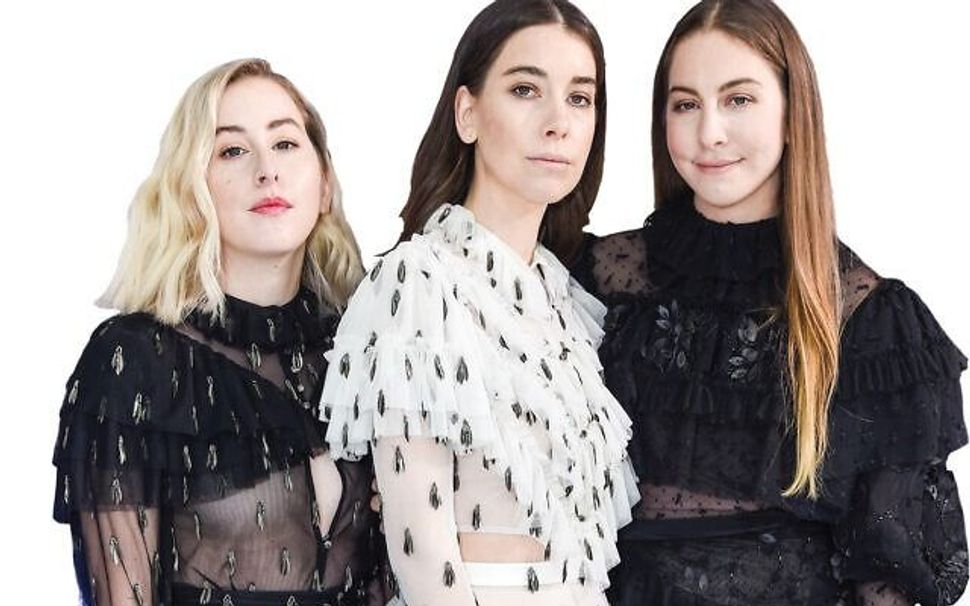 The Haim sisters are featured on the new “Hanukkah+” album. Image by Getty Images

Challenging Adam Sandler’s Hanukkah hegemony and showing that Jews too can participate in the time-honored American tradition of cashing in on holiday cheer — record label Verve Forecast just dropped its release of Hanukkah+, a star-studded album of candle-lighting melodies.

Released on November 22, presumably to acclaim from the makers of mall playlists everywhere, Hanukkah+ promises to be the limited-release compilation album of our Jewish dreams. Professional goofball Jack Black delights his former Hebrew school teachers with a renditions of “Oh Hanukkah” and disappoints them by sneaking in “Chad Gadya,” technically a Passover song, as a bonus track. The Flaming Lips, Adam Green of the Moldy Peaches, and cult rock band Yo La Tengo, whose annual Hanukkah concert series purportedly inspired the album have recorded original songs, “Dreidels of Fire” and “Eight Candles.”

Dipping into the annals of Jewish American Hanukkah lore, the Watkins Family Group has resurrected “Hanukkah Dance” by Woodie Guthrie, the improbable author of several Hanukkah ditties for his interfaith children.

And ultra-cool girl band HAIM nods to those of us who are too good for Hanukkah music with a cover of Leonard Cohen’s prayerful ballad “If It Be Your Will.”

The Schmooze never expected to see synagogue staples side by side with experimental rock — but if the lineup is eccentric, it’s also perfect for Judaism’s big-tent holiday, eight nights beloved by the observant and the off-the-derech alike.

As December rolls around, Jews all over America gather with loved ones to complain about Hanukkah’s underrepresentation in holiday merch and merrymaking (I’m looking at you, sad Target Hanukkah display shoved behind the shampoo). This year, at least we can kvetch to the tune of 2019’s hottest Hanukkah hits.

Hanukkah Now Gets Its Own Hip Holiday Music, With ‘Hannukah+’