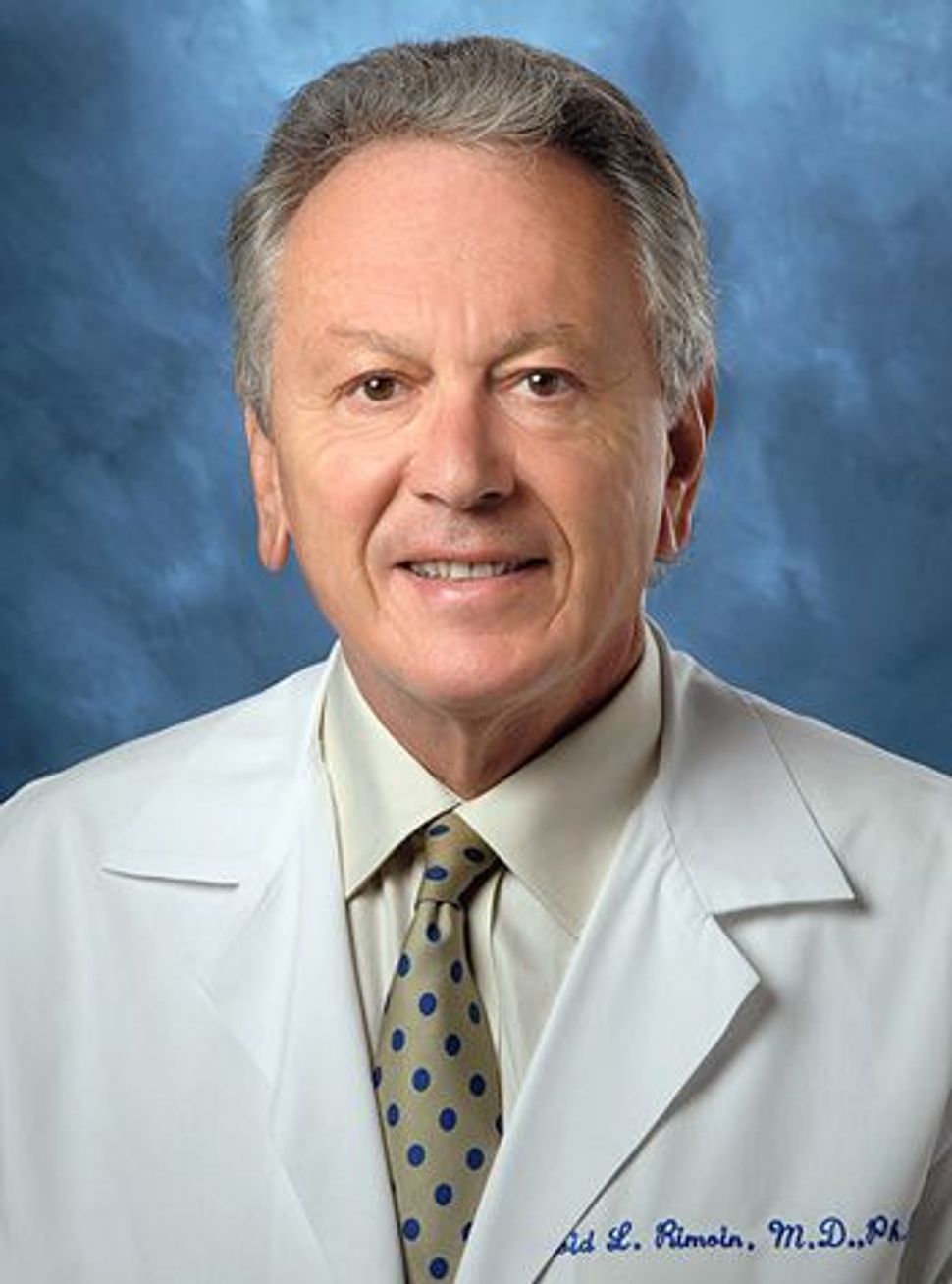 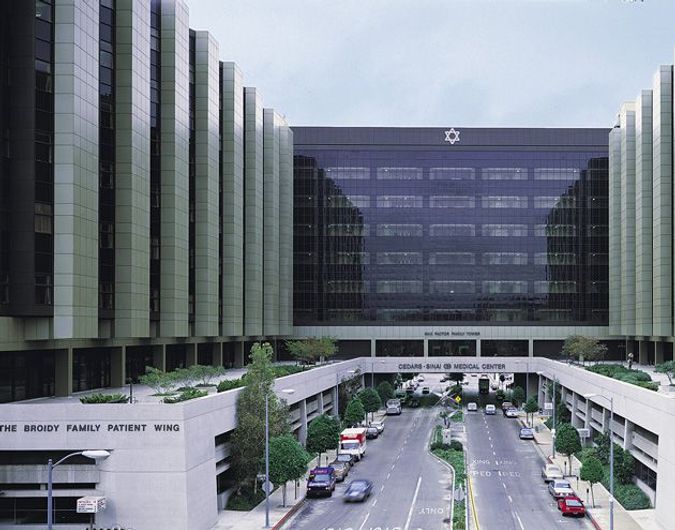 On July 12, the Medical Genetics Institute at Cedars-Sinai Medical Center in Los Angeles launched its Persian Jewish Genetic Screening Program. The program kicked off with an afternoon of education and free screening at Sinai Temple, a local Conservative synagogue with a large Persian, or Iranian, membership.

“There has been considerable research and individual screening in Israel,” said Dr. David Rimoin, director of the Medical Genetics Institute, “but there are no community-based screening programs” for Iranian Jews.

In 1971, Rimoin was part of a team that pioneered the first population-based screening program for Ashkenazic Jewish carriers of Tay-Sachs disease. “My colleagues and I feel that it’s time to bring this testing to other ethnic groups, both Jewish and non-Jewish,” he said.

Rimoin said he conceived of a screening program for Iranian Jews over a year ago, after recent advances in genetics had allowed scientists to identify several new genetic markers for recessive genetic disorders common among them.

Jews have been living in Iran since the sixth century BCE, making Persian Jewry one of the oldest continuous Jewish communities in the world. For most of its existence, this community was largely isolated reproductively from other Iranians as well as from other Jews. Before the establishment of the State of Israel, there were about 150,000 Jews living in Iran. During the past six decades, the vast majority left for Israel and the United States, with many departing following the 1979 Islamic Revolution. Those coming to the United States overwhelmingly settled in Los Angeles. 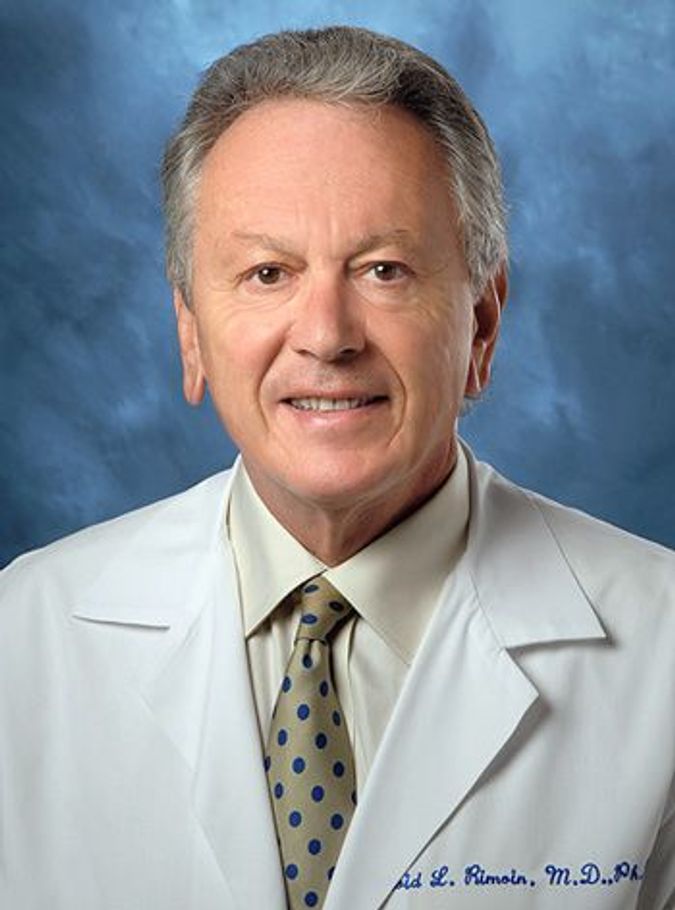 The four disorders being screened for at Cedars-Sinai are pseudocholinesterase deficiency, which causes sensitivity to anesthesia and certain other drugs; congenital hypoaldosteronism, a salt-losing disorder; polyglandular deficiency, which results in a multiple hormone deficiency; and hereditary inclusion body myopathy, a progressive muscle disease.

“They are as common in the Persian Jewish community as, say, Tay-Sachs and other Ashkenazi diseases are in the Ashkenazi Jewish community,” Rimoin explained. Carrier frequency — the possibility that someone will have one affected gene — for the four diseases ranges from one in 10 for the disorder causing anesthesia sensitivity to one in 50 for multiple-hormone deficiency. As with disorders such as Tay-Sachs, only a person who has two affected genes, one from each parent, will actually suffer from the given disease.

Rimoin explained that he chose these four diseases because of their frequency and because “there is something that can be done for each of them, whether it’s prenatal diagnosis or early treatment and/or avoidance of certain drugs.”

The most severe of these four diseases is hereditary inclusion body myopathy. The early symptoms of muscle weakness usually first manifest themselves when a person is in his or her 20s or 30s. The disease progresses slowly, but most individuals affected become severely debilitated a decade after onset. For this disorder, Cedars-Sinai recommends preconception genetic counseling or prenatal diagnosis for couples in which both partners carry a mutated gene.

The salt-losing disorder of congenital hypoaldosteronism can vary greatly from causing dangerous dehydration and shock in newborns to milder cases in which symptoms, such as poor weight gain, short stature, weakness and salt cravings, manifest themselves in childhood. If this disorder is identified in a fetus prior to birth, treatment can be started in a timely manner.

Depending on which glands are affected, polyglandular deficiency can result in a range of symptoms from skin infections, fatigue and nausea, to muscle spasms, depression and infertility. The disorder is treated quite easily, according to Cedars-Sinai, with hormone-replacement therapy.

Individuals who have pseudocholinesterase deficiency, the anesthesia sensitivity, often do not know they have the disorder, said Rimoin, until they are exposed to anesthesia or similar compounds. This disorder is addressed by avoiding the sorts of anesthesia or drugs the individual cannot tolerate.

Simultaneous to launching its screening program, Cedars-Sinai has initiated a survey of “Attitudes Toward Genetic Testing in the Jewish Community” that seeks to compare attitudes among Iranian and Ashkenazic Jews. “We decided it wasn’t appropriate to make the assumption that the attitudes would be the same just because they’re all Jewish,” said Dr. Leslie Raffel, associate director of the Common Diseases Genetics Program at Cedars-Sinai and one of two principal investigators on the study.

The survey consists of an anonymous questionnaire that is primarily designed to discover “what people think the impact of various types of genetic services would have on themselves, their families and their communities,” Raffel said. Researchers are particularly interested in getting responses from adults in their 20s and 30s who are at risk of being carriers of one of the disorders but are not affected themselves.

Stating that researchers have no particular expectations for what they will find, Raffel concluded: “If you are going to develop specialized screening programs for a particular community, you want to measure attitudes to ensure you will be offering services that are the most useful for individuals in that community.”