The passing of Hugh Nissenson, who died last month at age eighty, is an incalculable loss for the literary world. The astonishingly gifted novelist’s reputation never escaped the confines of a small, devoted coterie of readers. There is something vaguely insulting in lauding the legacy of a man of letters and quickly attaching the underappreciated tagline, as if his ultimate literary merit is pegged to the reading public’s often questionable taste. But he was, in fact, underappreciated.

Hugh Nissenson first attracted attention in 1961, with his coverage of the Eichmann trial for Commentary magazine. His last novel, The Pilgrim, was published in 2011. The Nissenson canon gradually, incrementally took form during these fifty years. He traced his artistic lineage to T. S. Eliot’s Waste Land, and to bold, modernist writing. Jewishness infused his writing, but what enhanced the distinctive quality of his work was an emphatic absence of a discrete locus. There was no Nissensonian equivalent of Yoknapatawpha County or Isaac Bashevis Singer’s Krochmalna Street. In lieu of that was a shape-shifting eclecticism.

“Notes from the Frontier,” a work of creative nonfiction, was set in the Spartan Israel of the mid-sixties. He moved his sights to the Lower East Side of 1912 in the novel “My Own Ground” and then — in “The Tree of Life” — went back exactly a century to 1812, this time to the Ohio frontier. The speculative Song of the Earth focused on the latter half of the twenty-first century; “The Days of Awe,” with 9/11 as its center, was a rare endeavor in contemporary fiction.

His various renderings of Israel, while not shying away from the myriad of issues gripping the country, also offered up the quotidian: workdays, cops, bad food. That quotidian — a staple of Israeli fiction — has been and is exceedingly rare among American Jewish writers.

There is an eerie, disturbing overlay to much of his work: boilerplate fiction distilled through the Book of Revelation. The Lower East Side, via Nissenson’s lens, pulsates with violence and all manner of messianic fervor. His American frontier of 1812 is warlike, lurid. Trauma and imminent catastrophe haunt much of his work.

Hugh Nissenson’s oeuvre can be construed as the literary equivalent of the Method, in which the actor undertakes a regimen of zealous preparation and often stays in character. “The Tree of Life” is structured via the diary entries of Thomas Keene, dissolute nineteenth-century clergyman, and augmented by Keene’s illustrations (in actuality, Nissenson’s own handiwork). The illustrations are duly credited to the Thomas Keene Collection of Mansfield, Ohio. “The Song of the Earth,” with true scholarly meticulousness, is heavily annotated — but these references are fictitious. (It also displays, like “The Tree of Life” and the subsequent “Days of Awe,” Nissenson’s prowess in visual art.)

There is a wonderful authorial touch, at the very end of some novels, to insert an artful little coda, the single line that informs the reader when or where (or both) the novel was written. This is a spoiler alert: “My Own Ground,” narrated by the orphan Jake Brody, comes to its conclusion, and there follows the final annotation: an informational line that informs the reader when a much older Jake — not Hugh Nissenson—penned this narrative. His fiction never broke character, not even at the very last line.

A good twenty years ago I picked up a copy of “My Own Ground” in a used bookstore. I had never read anything like it, tracked down the rest of his work, and quickly became a devotee. I sent him a letter of appreciation, something I almost never did. That letter led to lunch at — of all places — the Century Club, elegant bastion of WASP literary culture. We kept in steady contact and in 2003 I wrote a profile of him. I was far from an intimate, but he was a part of my own literary firmament, distant but not unapproachable. There was something of the classics professor in him, the hyper-erudite poet, which in some ways belied what one would expect from an unconventional artist whose writing conjured up thoughts of S.Y. Agnon, Philip K. Dick, and Stanley Kubrick.

Isaac Bashevis Singer observed that fictional characters are immortal: Nobody, after all, refers to the late Madame Bovary. The perpetuity of literature rejiggers the standard time-space continuum: At this exact moment, Fabrizio is wandering, heedless, though the Battle of Waterloo; the Joads begin their arduous trek to California; the winters are bitterly cold in Ethan Frome’s New England. Perhaps, then, there is no need to refer to the late Hugh Nissenson. 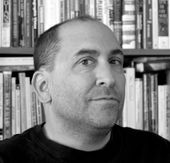 Richard Klin lives in New York’s Hudson Valley and is the author of the novel Petroleum Transfer Engineer (Underground Voices).