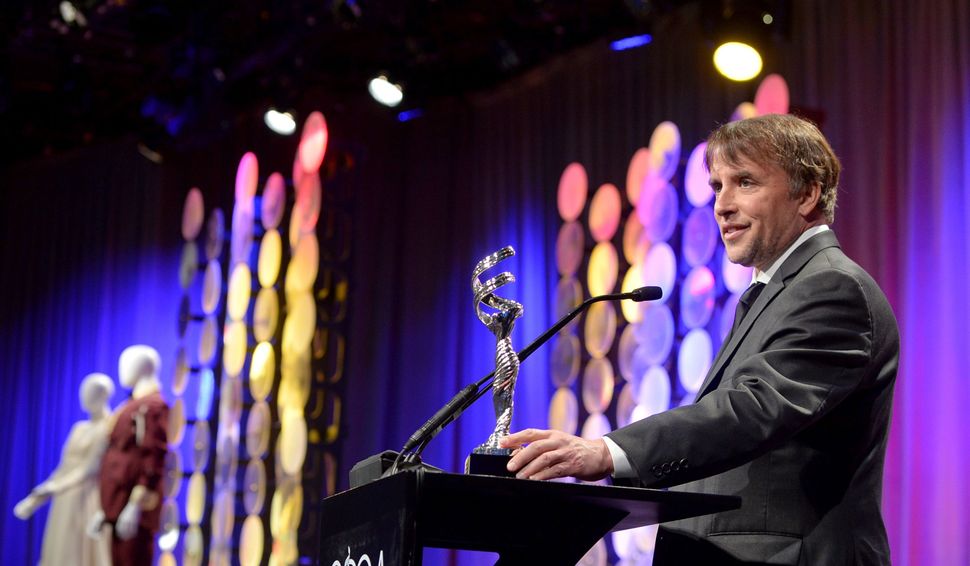 Richard Linklater has had a weird and varied career. He’s given us tender-hearted indie two-handers with his “Before” trilogy. He’s given us broad family comedy with “School of Rock” and the remake of “Bad News Bears.” He’s given us roto-scoped reflections on dreams in “Waking Life” and coming of age campus dramedies with “Dazed and Confused” and “Everybody Wants Some!!” He even spent 12 years with a random Houston kid filming his Oscar contender “Boyhood.” Now, Linklater, is giving us a cult favorite Stephen Sondheim musical — but we’ll have to wait for it.

In an announcement so strange we had to check iCal to make sure it wasn’t April 1, Linklater revealed that he is well into production on a film adaptation of Sondheim and George Furth’s 1981 musical “Merrily We Roll Along,” and plans to wrap the film in about 20 years. Linklater regularly plays with time (see “Boyhood” and the three “Before” movies, which catch up with their central couple, Jesse and Celine, every eight or nine years), but there’s a reason why “Merrily,” should all go as planned, will be his longest shoot on a single film.

“Merrily” begins where the story ends, when its main trio, Franklin Shepard, Charley Kringas and Mary Flynn, longtime friends and show business collaborators, now middle-aged, have a final falling out at a cocktail party. The musical, based on a 1934 George S. Kaufman and Moss Hart play of the same name, then moves in reverse, finishing in 1957, when the then college-aged friends first get together on a rooftop to watch Sputnik orbit the earth.

Linklater, who is reportedly finished with principal photography for the ending of the film, has cast the dewy musical theater and film stars Ben Platt (Charley, the lyricist), Platt’s real-life childhood friend Beanie Feldstein (for Mary, a writer and later theater critic) and Blake Jenner (Frank, the songwriter and later movie producer). The plan is to have these three age naturally into the roles in real time.

“I first saw, and fell in love with ‘Merrily’ in the ‘80s and I can’t think of a better place to spend the next 20 years than in the world of a Sondheim musical,” Linklater said in a statement to the LA Times. “I don’t enter this multi-year experience lightly, but it seems the best, perhaps the only way, to do this story justice on film.”

Hopefully Linklater improves upon the troubled formula. “Merrily” has its defenders, but that’s because it has so many detractors. It was a flop on Broadway, with many theatergoers confused by the play’s flipped timeline (director Hal Prince dressed the young cast in matching outfits with names on their sweatshirts as an aid for the audience). Subsequent productions have reordered the script to have it flow chronologically. Still, it holds a soft spot in the hearts of many Sondheim fanatics, with popular ballads like “Not a Day Goes By” and old school show tunes inspired by Broadway revues.

Jason Blum’s Blumhouse, better known for its horror output, is producing the film. When shooting wraps, Linklater, now 59, will be nearly 80. Sondheim, now 89, will close to 110.