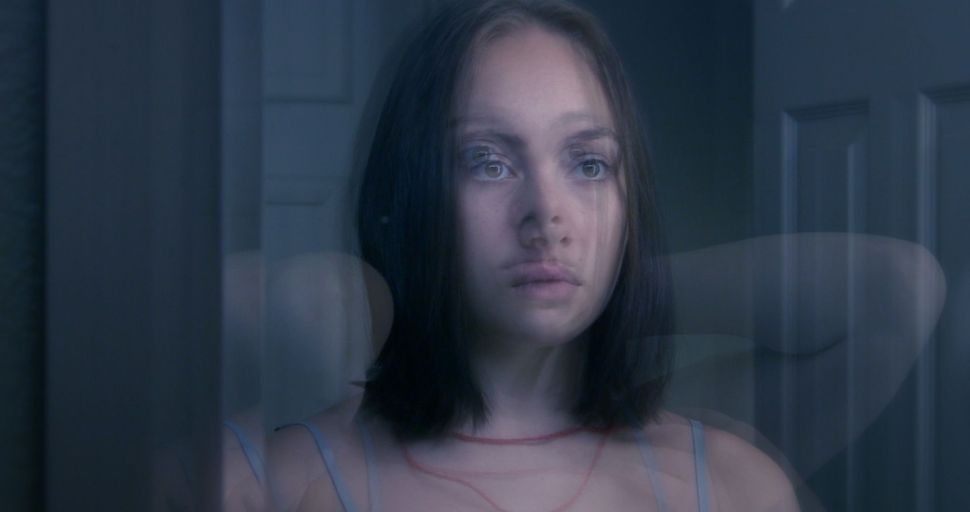 Kate Ryan Brewer’s “Knots: A Forced Marriage Story” is one disturbing, though important, documentary, one that grows increasingly unsettling as three articulate and intelligent young women matter-of-factly recount their belittling, exploitive, and ultimately dehumanizing experiences in forced marriages. Mercifully each has escaped and forged successful, independent lives; one has become a recognized outspoken activist on behalf of victims.

The filmmakers assert that the practice of arranged marriages, often involving brides who are 15 or younger, continues almost unchecked and unchallenged. In fact, the only states that require the marrying parties to be at least 18 are Delaware, New Jersey, Minnesota and Pennsylvania. Between 2000 and 2010, nearly 250,000 children in the U.S. were married, and 77 per cent were young girls wedded off to much older men. In some cases they were forced to marry their rapists in order to salvage their reputations and the family’s honor.

Each of the women in the film hails from an insular, conservative, highly religious, patriarchal subculture that is fearful of the outside world. The indoctrination and social pressure starts early. They are all “groomed” to be wives and mothers. The consequence for disobedience is to be shunned from the community and even one’s own family. The girls themselves believe, at least initially, that they are happy, that their goals are fully in synch with that of their sects.

Fraidy Reiss, a Brooklyn native, felt she had fulfilled her destiny on the day of her wedding. She was 19 and in the photos she glows. Her father had presented her with two eligible prospects and she had the opportunity to choose one. The engaged couple had never spent any time together alone; all “courting” was conducted in public settings. Sexual consummation is expected on the wedding night and from that time on the husband is entitled to use her body at his pleasure. “I wasn’t a party to my marriage to my husband. I was ‘given’ to him,” she recalls. Within short order he revealed a violent streak, punching a hole through the wall.

The violations only escalated during the 12 years she stayed married, during which time she had two daughters. Her own family had no sympathy for her, insisting her husband just had a bit of a temper and would eventually outgrow it. When, after a particularly brutal encounter, she went to the police to file a restraining order, she says she was coerced by her community into dropping it. Two rabbis showed up at her doorstep, and drove her to court to inform the judge that she did not want the restraining order upheld. Until they arrived at court Fraidy says she was under the false impression they were on her side. Unable to tolerate the abuse any further she filed for divorce and won custody of her children. She moved to New Jersey and graduated from Rutgers University as valedictorian. Her family pronounced her “dead.”

Today, she operates “Unchained at Last,” a nonprofit organization that advocates for women who are trapped in forced marriages and is committed to seeing legislation passed that bans it. Thanks in part to her efforts, New Jersey has enacted laws forbidding all marriages below the age of 18.

Nina Van Harn was brought up on a 40-acre farm in rural west Michigan. Her family life was “fairly typical,” she recalls until third grade when she and her three siblings were yanked out of school and her parents began homeschooling them. For reasons that are not entirely clear her family had become members of a fundamentalist sect she calls the Christian Patriarch Community. “’The concept of marriage, the concept that I was going to get married was a conversation that we started to have right around the time I was maybe 11,” she says. “By the time I was 13, I firmly believed that the only role God intended for me to play in life, was that of wife and mother.” When she was 19, her father picked a husband for her and it was made clear that if she refused she risked excommunication from her community and, worse still, the Christian religion.

The marriage was wretched almost from the outset, although she did not really experience being trapped until she was pregnant and became aware that her body was not her own and that her alleged protectors were in fact her captors. She consulted a counselor and realized for the first time that she had never made a decision for herself. She wanted to escape but had been programmed to distrust all outside agencies, including the police.

Still, she finally had the wherewithal to file for a restraining order. She left her world and then sued for annulment of the marriage. In the end Michigan pronounced the marriage illegal on the grounds that it was forced. Today, Nina is an advocate for victims of forced marriages.

California based Sara Tesneem grew up in a Muslim family whose father, she says, was drawn to a particularly fundamentalist branch of the religion. As a young teen when Sara showed an interest in boys her father informed her that there were to be no boyfriends and that she would get married immediately. He handed over his 15-year-old daughter to a 28-year-old man of his choosing. They had an Islamic wedding and at the age of 16, now pregnant, she was carted off to Nevada and “legally” married, the victim of statutory rape. “I got really depressed, and I just remembered seeing kids my age going to school and thinking I want to be one of those kids. Why can’t I go to school?” she says. Nonetheless she managed to land her GED and graduate from culinary school with two children in tow. When she finally found a job as a chef she and her kids escaped. Several years later she filed for divorce.

All three narratives are bone-chilling, though the film could have benefitted from better contextualization: a little more about the history of forced marriages and perhaps a comment or two from a wife for whom it worked. I also would have wanted to hear from the husbands in question; after all, they too were forced into arranged marriages. On another front two of the women have new partners, and it would have been nice to learn something about the current men in their lives. What worlds do they come from and what is their appeal and conversely what challenges do the women face in their new relationships because of the baggage they inevitably carry?

One production quibble: Interspersed throughout, there’s a performance art video clip featuring a dancer bounding across the stage as she finds herself incrementally tied up and tangled in a long red ribbon that winds around her body. It’s ham-fisted, distracting, and adds nothing to an otherwise provocative film that opens up a much-needed conversation.