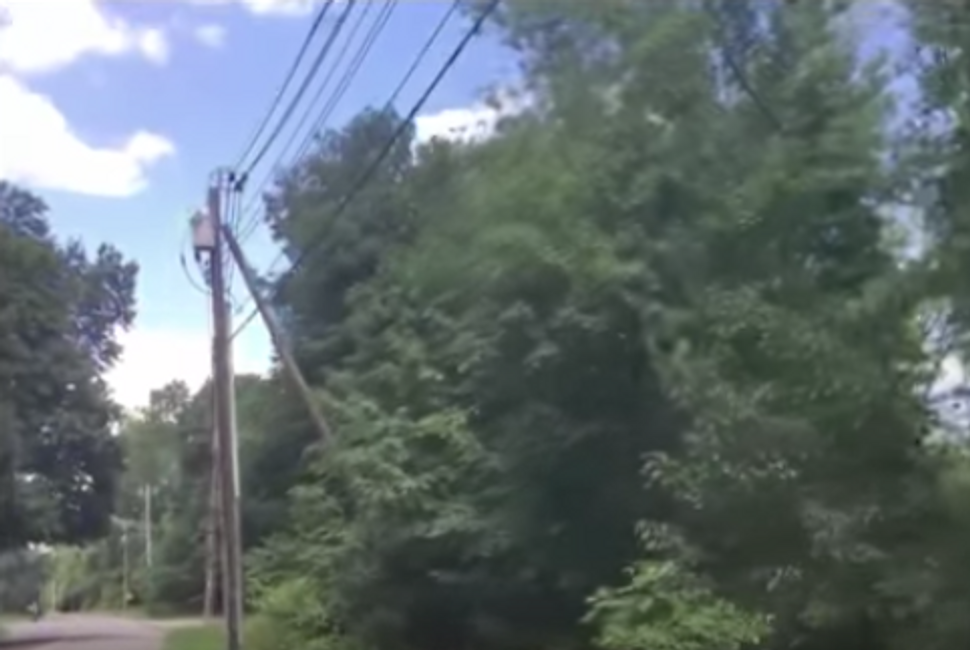 A controversial ritual boundary built by Orthodox Jews in the suburban New Jersey town of Mahwah has been vandalized —and police are investigating the incident as a bias crime.

The damage to the enclosure, called an eruv, is being probed as a bias incident because of the religious nature of the installation, NewJersey.com reported.

The eruv was damaged in at least four places, according to Yosse Gestetner, an Orthodox activist who works in public relations.

???The Eruv in Mahwah has been vandalized at four places yesterday afternoon.

The eruv is a ritual enclosure that allows for Jews to carry objects outside on the Sabbath amd was recently built in the area — but has faced fierce pushback from the community. Some fear that more Orthodox Jews will move into the area after it is built.

The Eruv Fund had received approval from the local utility company to post the pipes in March, but a city engineer said that the eruv violated local rules against posting signs. The eruv was ordered to be removed by August 4.