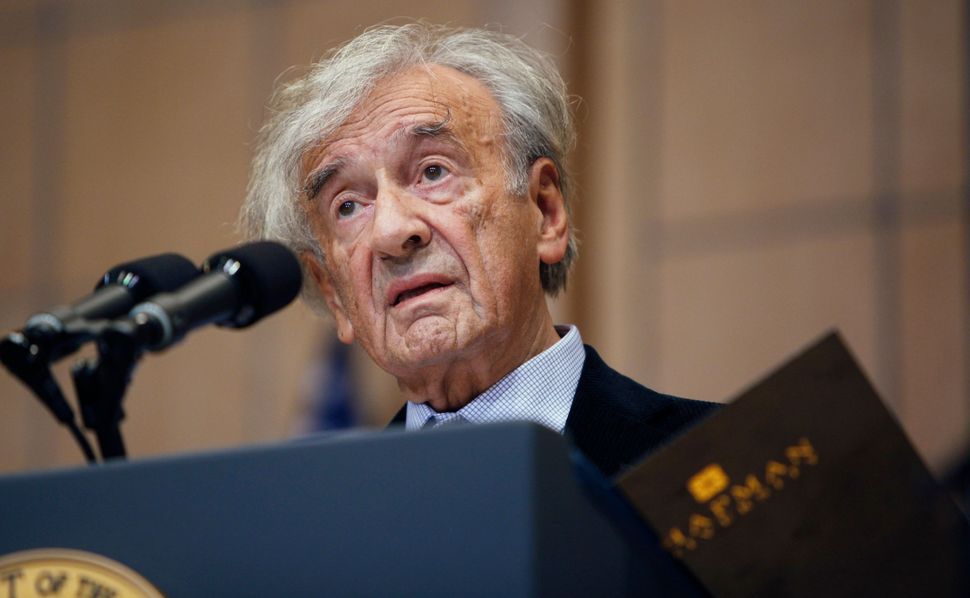 (JTA) — Romanian police arrested a 37-year-old man whom they suspect wrote anti-Semitic slogans on the childhood home of Elie Wiesel.

The man, whose name police did not release to the public, is believed to have written in florescent pink graffiti on the Memorial House Elie Wiesel in Sighet in eastern Romania the words “public toilet” and “Nazi Jew lying in hell with Hitler” as well as “Anti-Semite pedophile.”

Wiesel was one of the world’s most famous Holocaust survivors before he passed away in 2016 at the age of 87. A Nobel prize laureate for literature, he was honored last year by locals in his hometown. They marched from the museum, which was built where Wiesel was born and grew up, to the train station where in 1944 he boarded with his family a train to the Auschwitz death camp in Poland.

The suspect was arrested last week for the vandalism, which was discovered on Aug. 4, the news site digi24 last week reported.

The arrest “comes as a relief,” said Chaim Chesler, co-founder of Limmud FSU. Chesler’s group, which sets up cultural events for Jews across the former Soviet Union and other places where many Russian-speaking Jews live, was responsible for the 2016 memorial march for Wiesel in Sighet.

The graffiti incident “caused pain and outrage all over the world but it is reassuring to see that justice is being served,” Chesler added.