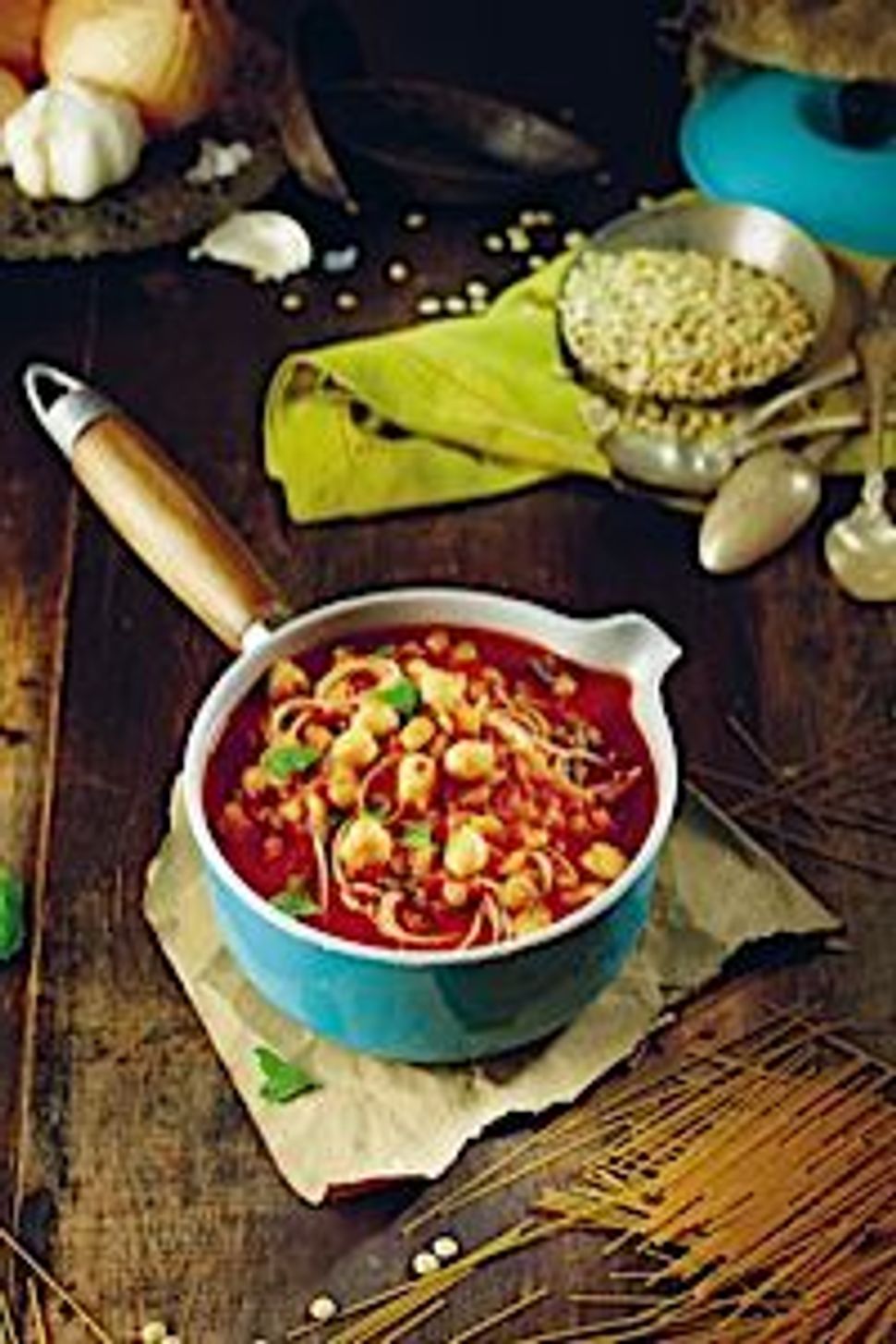 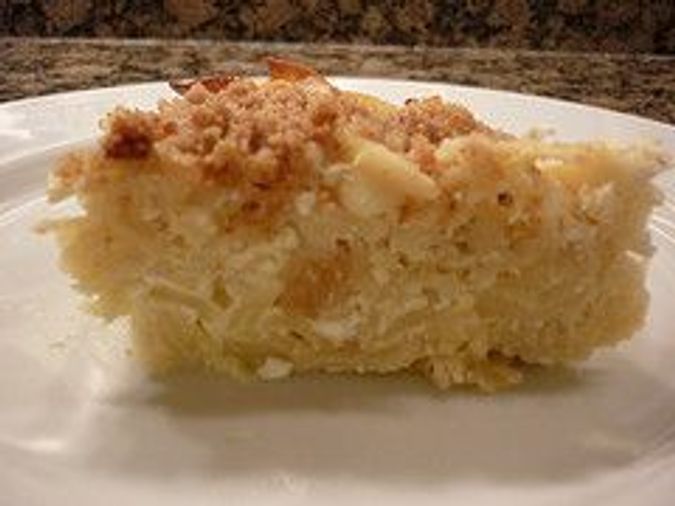 If you are an Ashkenazi American Jew, you might assume that all break-fast meals are the same: bagels, cream cheese, smoked salmon and whitefish, pickled herring, maybe a sweet kugel thrown in to balance the salty. But it’s a great big Jewish world out there and there are lots of delicious ways to end the Yom Kippur fast.

On the upper west side of Manhattan, many people are eating bagels, lox and cream cheese at the end of their fast. For Ira Goller, the owner of Murray’s Sturgeon Shop on Broadway and 89th Street, a 75-year-old New York institution, Yom Kippur is the single busiest day— although they are closed on the actual holiday — of his year. He begins preparing months in advance. The herrings have to come in and get pickled. Same for salmon which he will pickle and then serve in cream sauce. And he also will smoke untold pounds of salmon, which he imports from the Faroe Islands of Denmark.

But even he has customers with a range of requests. Some just want salads; others go for platters of his sliced deli meats. And some order caviar to break their fasts.

In an informal survey I conducted online, the range of what people choose to eat at the end of the holiday was both surprising and delightful. Rabbi Jon Adland of Canton, Ohio is staunch in his adherence to his family’s tradition: He ends his fast with a “Blizzard,” a soft-serve ice cream to which he and his wife add pieces of Reese’s peanut butter cups.

For Boston-raised Zoe Jick Fertik, her holiday would not be complete without her grandmother, Millicent’s, Swiss Cheese Kugel. Zoe describes it as a Jewish mac ‘n cheese. For her, and her family, it IS the taste of break- fast. (Recipe below)

Some swear by dairy, brunch-like meals to end the holiday. Others go for heavier fare. In Israel, the Augman family, descendants of Polish survivors of the Holocaust, start their break-fast meal with a slice of cake and a bracing drink — either wine or something stronger, in order, said Dahlia Augman, “to quickly bring sugar into the body.” They follow that with gefilte fish and chicken soup.

In Sandra Smith’s childhood home in Toronto, her mother, a Moroccan-born Jew, served soup to her family, too.They ate harira, either a vegetarian or meat version, a slow cooked soup, rich with lentils and chickpeas and brightened with a splash of lemon. According to Gil Marks, the author of the Encyclopedia of Jewish Food, in so doing, Moroccan Jews are following the custom of their Arab neighbors who eat Harira following the fast of Ramadan.

Sephardic Jews from Turkey, Rhodes, Crete and the Balkans prepare a sweet, cooling drink called Pepitada, made from melon seeds. “They would,” said cookbook author Janna Gur, “collect melon seeds throughout the summer and save them and dry them to make this sweet drink to enjoy after the fast.” Once toasted and ground, the seeds give off a milk-like liquid whose whiteness, said Marks, “symbolizes purity.”

Is there in fact a right way to break a fast? Is one food preferable or healthier than another?

Dr.Thomas Nash, an internist affiliated with New York Presbyterian Hospital, weighed in. “I have never heard,” he said, “of any good science of what one should or should not eat after a fast.” So for the hungry post Yom Kippur masses, the world is their oyst…

I asked Leah Koenig, the author of The Jewish Cookbook, a collection of more than 400 recipes of foods from Jews around the world, if she knew of an unusual Jewish food that people prepare at the end of the Yom Kippur fast. One of her favorites, she wrote, is “faloodeh sib, which is essentially chilled, grated apples sweetened with sugar, rose water and lemon juice.” It is, she said, a “refreshing drink/dessert hybrid served by some Persian Jewish families for break-fast.”

“Throughout history,” said Koenig, “Jews have moved, taken their traditional foods with them, and found ways to connect them to the ingredients and food traditions in their new location. Today,” she continued, “you are starting to see more and more traditional flavors being paired with globally-inspired flavors that aren’t part of the Jewish canon.”

In my family, we have our own, somewhat unusual break-fast tradition. My group loves tomatoes and tomato sauce. Smoked fish, not so much. Most of them swear they would be happy to eat pizza every day for the rest of their lives. Pizza somehow didn’t seem right for the end-of-fast meal, but I came up with an alternative that is special, a bit salty, filling and festive.

We start our meal with cold glasses of Tropicana orange juice and then go on to have cheese lasagna with a large salad tossed with a sharp, vinegary dressing. Some fruit and a sweet baked good round out the repast.

It may not be the tradition in which I was raised, but now it is what our children have come to expect at the end of Yom Kippur. And who knows, if you are reading this article, it could become your traditional meal, too.

In a large bowl, stir together the apples, sugar, rose water, and lemon juice. Cover and refrigerate until fully chilled, at least 2 hours or up to 1 day.

Reprinted with permission from The Jewish Cookbook, by Leah Koenig