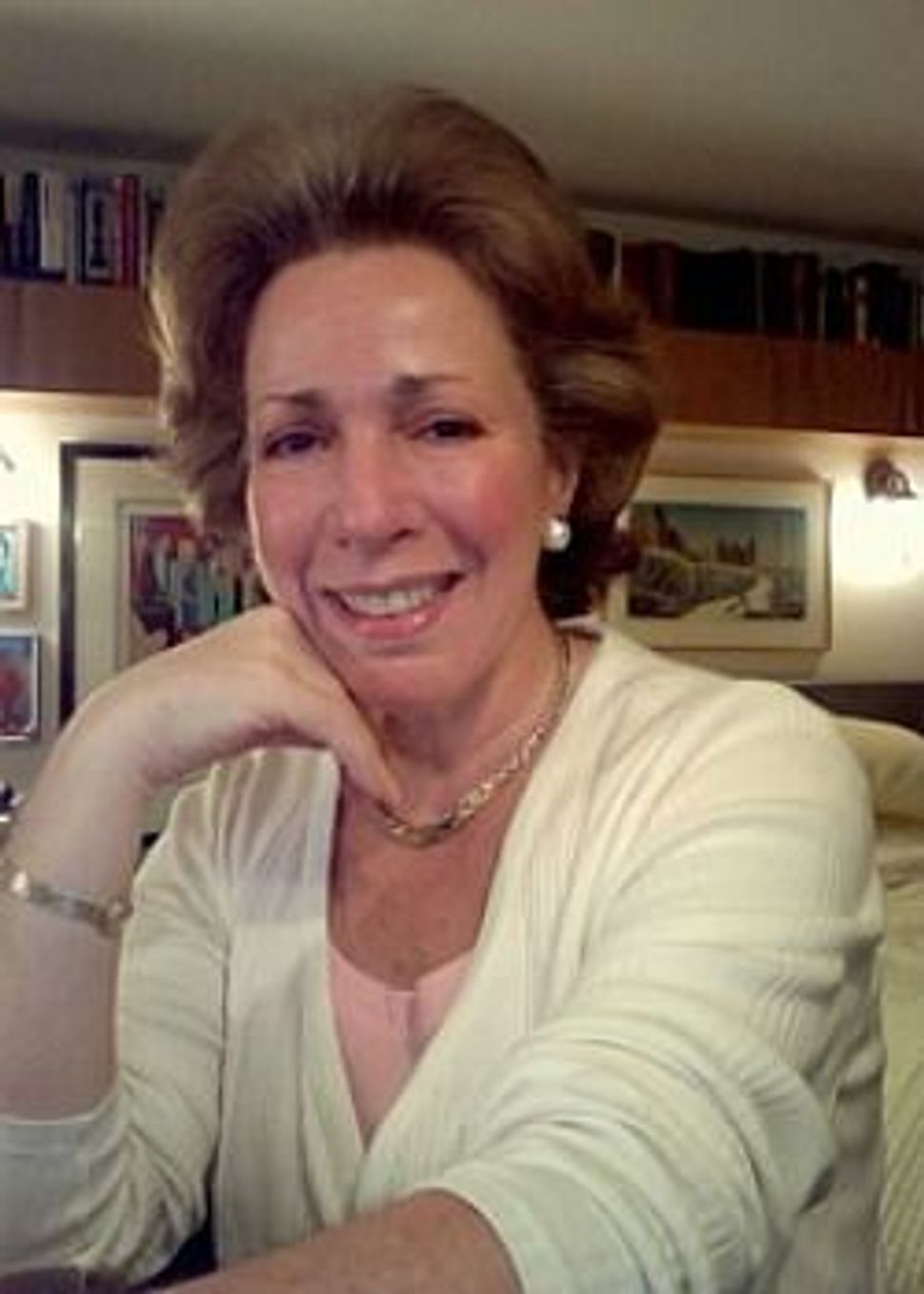 Princeton University alumna Susan Patton didn’t intend to become a household name, but by Sunday the tsumani of responses to her unwittingly inflammatory letter in the Daily Princetonian, the school’s student-run newspaper, peaked with an op-ed column in The New York Times devoted to her advice to young Princeton women to “find a husband on campus before you graduate.”

Patton, who described herself to me as “a Jewish mother,” has one son who graduated from Princeton and another who is a junior (and acquaintance of my son, also a student there). For more on her point of view, read this Q&A with Patton, from an interview she kindly agreed to with The Sisterhood.

I am the mother of two sons who are both Princetonians. My older son had the good judgment and great fortune to marry a classmate of his, but he could have married anyone. My younger son is a junior and the universe of women he can marry is limitless.

Smart women can’t (shouldn’t) marry men who aren’t at least their intellectual equal. As Princeton women, we have almost priced ourselves out of the market. Simply put, there is a very limited population of men who are as smart or smarter than we are. And I say again — you will never again be surrounded by this concentration of men who are worthy of you.

The letter sparked so much response that the traffic brought down the Daily Prince website for nine days. There was a special section devoted to alternate views in the Daily Prince, and columns and essays in major media outlets around the globe — from CNN and Time magazine to The Huffington Post and Gawker.

Gawker’s piece was predictably snarky. Conservative New York Times columnist Ross Douthat wrote of “the importance, in the modern meritocratic culture, of the unacknowledged mechanisms that preserve privilege, reward the inside game, and ensure that the advantages enjoyed in one generation can be passed safely onward to the next.” While he appears to have been writing slightly tongue-in-cheek, Douthat is a Harvard grad who wrote a book about the elites of the Ivy League, and there is sad truth to his thesis that Patton was telling tales out of school about the snide pleasures of privilege.

I found the elitism and tone deafness in Patton’s piece most disturbing. (Then again, I find anyone comfortable using the term “Princetonian” to be unbearably snobby).

While I don’t think women should necessarily focus on finding spouses while they are undergraduates — and certainly not that there is little chance of finding someone worthy of them once off the Princeton campus —it would be a positive shift of the cultural pendulum in general for women and men to pay more attention to making marriage and parenthood a priority while in their 20s.

A person’s mid-20s is a sweet spot, I think, for getting married and beginning to have children. That is, old enough to be sufficiently mature (at least in theory) to make an informed decision about picking a spouse, while at the same time young enough not to be confronted with the declining fertility that picks up speed in a woman’s 30s.

Then again, not everyone who wants to get married will feel ready in their 20s. And not everyone who is ready will meet their partner. But I have seen too many friends struggle with an inability to become pregnant or to bring a pregnancy to full term to think that maintaining a cultural norm waiting until our 30s to move toward marriage and parenthood is still a good idea.

I got married when I was 26 years old, and by 29 I was just about the youngest woman in my childbirth education class when we were preparing for our son to arrive. I feel grateful that we were able to have the three children we wanted without too much difficulty or medical intervention. But too many other people dear to my heart started a bit later and struggled far more. I want my children to have the richness in their lives brought by being parents, and so since they were little kids musing about who they would marry when they grew up (my younger daughter’s first celebrity crush was Derek Jeter), I’ve talked about getting married in their 20s. It is part of their consciousness. Only time will tell whether they do get married at that point of their lives. But I sure am not communicating to my son the conceit that he ought to be looking for a potential spouse at Princeton.

I deplore the elitism and privilege Patton conveyed in her piece. At the same time, I agree with the main point that I think she was attempting to make: that it would be a good thing to encourage young women and men to make as much a priority of marriage and parenthood as they do of getting professionally established. Working our way up the professional ladder can wait, in most careers, until later. But having children can’t.